Officials release records of deaths, drunk driving and more than 5,000 traffic violations over a three-day period. 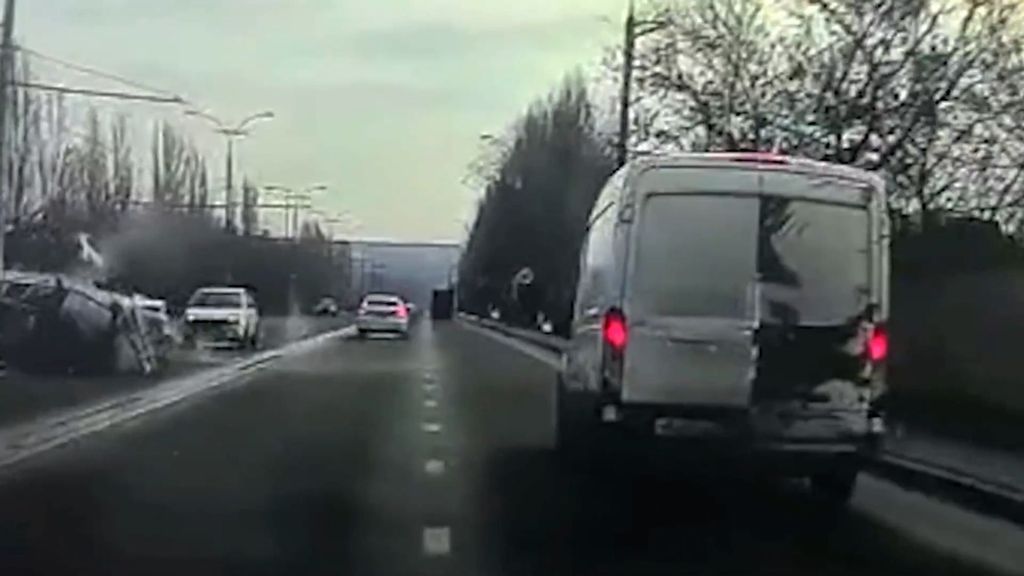 Far left shows the impact of two cars after one of them crossed into oncoming traffic in Lipetsk, Russia, on Dec. 3. Two people were killed and a third was injured. (Russia Ministry of Internal Affairs, Administration for the Lipetsk Region/Zenger)

Three people were killed and six people were injured in separate vehicular accidents over three days in Russia.

“Over the past three days, road inspectors have identified 5,147 traffic violations on the roads of the Lipetsk region,” said Russia’s Ministry of Internal Affairs for the Region of Lipetsk.

“For driving while intoxicated, the traffic police brought 48 drivers to administrative responsibility, and 178 for not using seat belts.

“With the help of automatic video recording systems, 4,134 cases of speeding, entering the oncoming lane and parking violations were registered. Also, 57 cases of mechanical collision of cars were recorded, in which there were no injured people.”

In this video, which appears to have been filmed from the dashboard camera of another car, a vehicle can be seen driving along a road before it suddenly veers to the right-hand lane and then to the left, crossing into oncoming traffic.

The car then collides with an oncoming vehicle with great force. The people involved in the accident were not identified by the Russian Ministry of Internal Affairs, which posted the video online.

They said the vehicle was driven by “a 21-year-old girl,” and that she lost control and “drove into the oncoming lane, where she collided with a Kia Optima.”

The authorities added that “as a result of the accident, the driver and 56-year-old passenger” of the other car died and another person was hospitalized.

“The preliminary cause of the collision was the wrong choice of distance,” police said. The investigation is ongoing.

On the same day, in the village of Verkhnedrezgalovo, the 33-year-old driver of a Lada-Priora lost control and drove off the road. As a result, police said, the driver and two of his passengers were injured, including a 3-month-old child who was not in a child-restraint seat. “The preliminary cause of the accident was the inadequacy of the speed to the specific driving conditions,” police said.

Around the same time, in Lipetsk, police said, a 23-year-old driver of a Lada-Priora at an unregulated pedestrian crossing hit a 49-year-old woman who was fatally injured.

On Dec. 4, in the Zadonsk region, a Volkswagen collided with a Lada-Grant with a 33-year-old man at the wheel. “As a result, the driver and two of his passengers were taken to hospital with injuries,” police said. “The preliminary cause of the accident was going into oncoming traffic.”