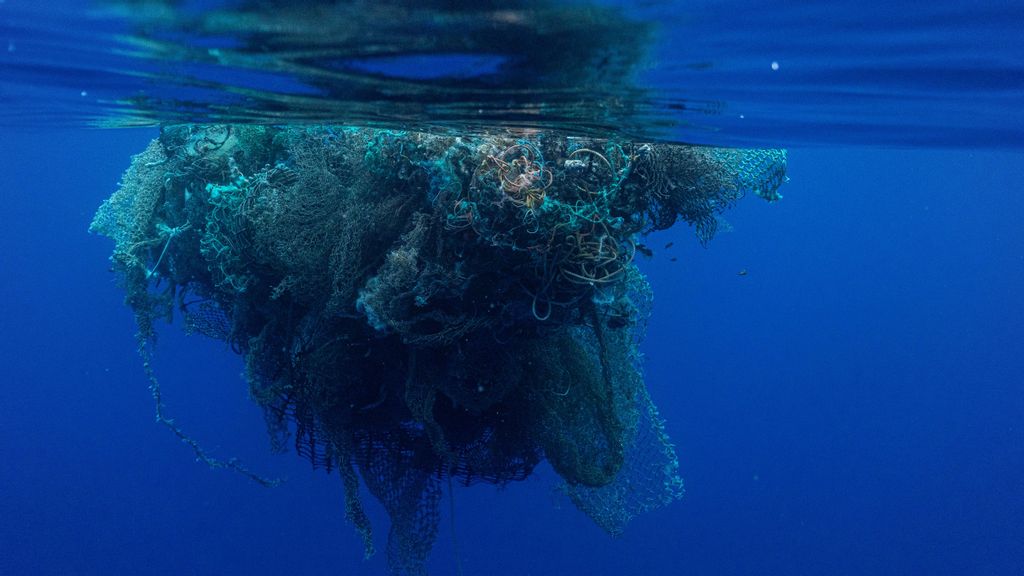 It has been said that nature always finds a way, and this has rung true for scientists who found that coastal plants and animals have colonized plastic trash floating hundreds of miles from land in the Pacific Ocean.

The research team found that animal species normally associated with coastal environments are not only surviving but thriving on the tons of trash known as the North Pacific Subtropical Gyre, or the Great Pacific Garbage Patch. They noted in their study, published in the journal Nature Communications, that they had found hydroids, anemones and shrimp-like amphipods living far out at sea.

“The issues of plastic go beyond just ingestion and entanglement,” said lead author Linsey Haram of the Smithsonian Environmental Research Center. “It’s creating opportunities for coastal species’ biogeography to greatly expand beyond what we previously thought was possible.”

China, India and Brazil are the largest contributors of plastic refuse in the world’s oceans, according to research published in the journal Science.

Oceanic garbage patches form when surface currents ferry plastics, which are usually contributed by rivers, from coasts to rotating ocean currents that trap the floating pollutants. Over time, these gyres of junk accumulate. Fishing nets and buoys, bottles and other debris are buoyant, so they float away from coastlines and are assembled in masses.

“The open ocean has not been habitable for coastal organisms until now,” said Smithsonian scientist Greg Ruiz. “Partly because of habitat limitation — there wasn’t plastic there in the past — and partly, we thought, because it was a food desert.”

The team found that these two assumptions are not always accurate. While the plastic offers a habitat, the drifting coastal species are finding food. Scientists don’t know yet whether the hitchhiking organisms drift onto existing productive spots in the gyre or whether the plastic acts like a reef and attracts more food sources, according to Ruiz.

Currently, there are at least five such plastic garbage gyres floating on the world’s oceans. The biggest is found floating between California and Hawaii, known as the North Pacific Subtropical Gyre, and constitutes approximately 87,000 tons of plastic spanning a region of more than 610,000 square miles.

“Garbage patch” is a misnomer because a significant amount of the debris is made of microplastics that are too small to see with the naked eye but are ingested by organisms such as shrimp, leading to malnutrition and death. Plastic bags and sheets have been known to kill sea turtles, for example, when ingested.

The authors of the study have dubbed these communities of former coastal organisms on garbage patches as neopelagic: “neo” meaning new and “pelagic” meaning open ocean. Following the devastating 2011 Japanese tsunami, scientists discovered nearly 300 species had hitchhiked all the way across the Pacific Ocean on floating debris. The phenomenon had previously been accepted as possible though confirmation of coastal species colonizing on plastic directly in the open ocean was rare.

In 2020, the Ocean Voyages Institute cooperated with the team and collected 103 tons of plastics and other debris from the gyre in the North Pacific. At the Smithsonian lab, Haram found a number of different animal species colonizing the debris.

Scientists are uncertain of the impact of coastal species colonizing floating debris where there are already native species present in the open ocean. “Coastal species are directly competing with these oceanic rafters,” Haram said, noting that their interaction is not yet understood.

One effect of the cross-ocean colonization is the arrival of organisms from Asia in North America. The huge colonies of organisms thriving on the garbage gyres may serve as reservoirs that offer further opportunities for invasive species to take hold. “Those other coastlines are not just urban centers… That opportunity extends to more remote areas, protected areas, Hawaiian islands, national parks [and] marine protected areas,” Ruiz said.

So far, the researchers don’t know how common these neopelagic communities are, whether they are self-sustaining or if they can exist outside the North Pacific Subtropical Gyre. Cumulative global plastic waste could reach over 27 billion tons by 2050, according to the team. As the colonies of coastal rafters grow, the authors warn, life in the oceans and on land will be transformed.

«Previous Post
Not So Balloonatic: How Fleets Of High-Tech Balloons Could Scrub CO2 From The Air»Next Post
Snout Of Line: Trackers On Wild Pigs Show That Weather May Help Predict Their Movements