A poison pellet injected under the skin is harmless to native animals but deadly for the cats that eat them.
By Martin M Barillas December 4, 2021
Facebook
Twitter
Linkedin
Email 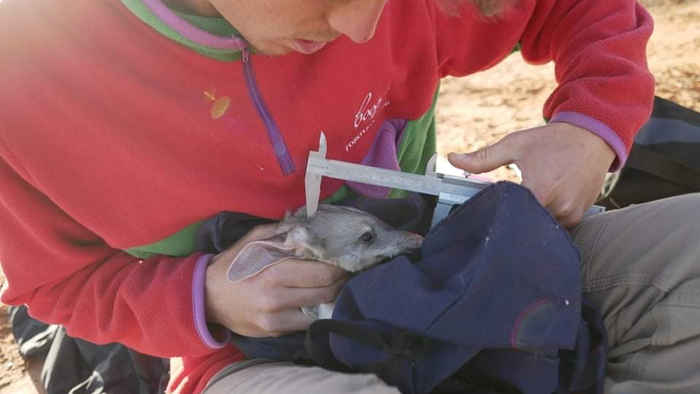 Australia has long struggled to cope with non-native feral cats that are a “catastrophic threat” to native wildlife, but new technology offers a solution to the predatory felines.

Researchers at the University of South Australia have created Population Protecting Implants (PPIs), which are the size of a grain of rice and injected under the skin of native mammals. The native animals are not injured by the implants, which remain inert until eaten by a cat. When the prey is digested, the implant becomes deadly.

“Feral cats present a catastrophic threat for Australia’s wildlife as they occur across more than 99 per cent of Australia’s land area and kill more than 815 million mammals each year, the majority of which are native species,” said Kyle Brewer, a PhD student and recipient of an Australian Wildlife Society research grant.

“Smaller, ‘meal size’ mammals are most at risk, especially ground-dwellers such as the bilby, bettong and quoll,” said Brewer.

Feral felines have already caused the extinction of many small and medium-sized mammals and ground-dwelling birds, while threatening the survival of more than 100 other native species in Australia. Rabbits are another introduced species that Australians consider a plague, as are the millions of mice currently infesting southern Australia.

“Efforts to remove feral cats from a native landscape have had limited success, making it near impossible to re-establish threatened native populations outside a fenced area. Invariably, when native mammal reintroduction schemes are activated, they’re swiftly wiped out by an incursive feral cat,” Brewer said.

“By injecting native species with the PPI before they are reintroduced to their natural environment, we’re providing a protective buffer that aims to take out the feral invader in one stroke,” he said.

Covered with a protective coating, the PPIs contain a natural poison found in native plants. Once a cat ingests a mammal bearing an injected PPI, the feline’s own intestines release the implanted poison, and the cat dies as a result.

“If a feral cat successfully preys upon one of the PPI-injected mammals, it eats the implant, which activates in the cat’s gastric system causing poison release and death,” Brewer said. “Ultimately, this protects the remaining native animal population.”

The PPIs are currently undergoing trials in South Australia. At Arid Recovery, a large wild reserve in South Australia, 30 bilbies have been implanted with PPIs. Bilbies are small, nocturnal marsupials threatened with extinction. The success of the trials may lead to commercialization, according to the developers.

“We need to pounce on any opportunity to protect our native species. Nine lives no more for feral cats,” Brewer said.