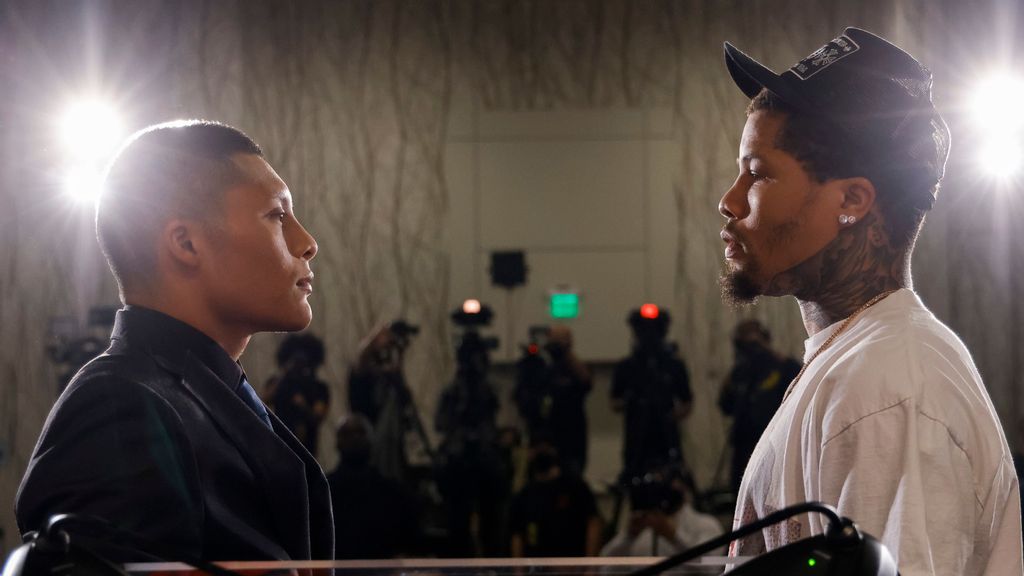 Gervonta “Tank” Davis should fight George “Ferocious” Kambosos for the undisputed 135-pound title if he gets beyond Sunday’s WBA “regular” 135-pound title defense against Isaac “Pitbull” Cruz, according to boxing historian Cliff Rold.

Davis–Cruz happens amid a two-week spate of high-profile 135-pound bouts, including last Saturday’s historic upset split-decision victory by Kambosos (20–0, 10 KOs) over Lopez (16–1, 12 KOs), whom “Ferocious” dethroned as IBF/WBA/WBO and WBC franchise champion in just his fourth appearance on American soil.

“Maybe the best thing for boxing is for Tank Davis to fight George Kambosos because Tank’s a young rising star,” said Rold of Davis, a 27-year-old southpaw from Baltimore. “Boxing is healthiest when its young stars are also the champions of their division, and when the guy who sells the most tickets is also the best guy in the division.”

Davis expressed his desire to face Kambosos on Wednesday in Hollywood, California, to Elie Seckbach of ESNews, the popular reporter told Zenger during a phone call on Thursday.

“Gervonta was heading to the gym for his workout. Gervonta was in his car, talking just to me out of the window. He was talking about George Kambosos when he said, ‘I’m whooping that ass. Tell him to come see me. Tell him to hold onto those belts because I will whoop that ass for free,'” Seckbach said.

“I think the Teofimo Lopez fight was the perfect storm for Kambosos. Teofimo had an off night. It was the worst Teofimo and the best Kambosos, and that’s not enough to beat Gervonta Davis. I absolutely think Tank should fight Kambosos, and I think it’s an easy win for him.”

In attendance for Thursday’s Haney-Diaz press conference, Kambosos is “looking forward to” being ringside for “The Tank fight,” adding, “it all depends who shows me the most, now.”

Perhaps the premier knockout specialist in the sport, Davis is a three-division and five-time champion as well as a pay-per-view star.

“Dec. 5 is going to be fireworks for sure. It’s going to be something you can’t miss,” Davis said. “Don’t go get your popcorn or anything like that during this fight. This is another tough task, but this is what I’m made for.”

“Tank” has as many straight knockouts as Lopez has victories, more consecutive stoppages than total wins by Lomachenko, and a comparative advantage against common opponents over Lomachenko and Haney.

Davis scored a seventh-round TKO of former champion Jose Pedraza 23 months prior to the Puerto Rican’s route-going loss to Lomachenko. He also stopped Yuriorkis Gamboa in the 12th round 11 months before the Cuban three-division champion’s decision loss to Haney.

“Gervonta Davis has been under-valued by some media,” said Sean Zittel of FightHype.com. “Gervonta is an elite, pound-for-pound guy with the whole package in terms of power, speed and skills.”

Last Saturday, Kambosos battered and shredded Lopez’s face into a mask of crimson. Blood streamed from Lopez’s nose and lacerations around both eyes. The 24-year-old Lopez had vowed to stop the 28-year-old Kambosos in the first-round only to be knocked on his own butt after an explosive first.

A 13-to-1 underdog, Kambosos rose from a 10th-round knockdown to dominate the 11th and 12th against Lopez, who, in October 2020, won a unanimous decision over Lomachenko to add the Ukrainian’s WBA, WBO and WBC (franchise) 135-pound belts to his IBF version.

“George Kambosos, under the idea that he beat The Man who beat The Man in beating Teofimo Lopez, is the lineal champ with three belts to go with it,” Rold said. “Kambosos is in the best position in boxing right now. There’s a potential bidding war and whatever fight pays the most of those three guys — Davis, Haney and Lomachenko — can get a shot.”

Kambosos may be ringside in Las Vegas for Diaz against Haney, who tweeted on Saturday, “Congrats (Kambosos) well deserved victory. You worked hard for it! Let’s make it happen for all the belts! #RealUndisputed.”

“Mutual respect to Devin Haney,” Kambosos said. “I will probably be there [at Haney’s fight.]”

“If I had to pick one guy to fight Kambosos, I’d want ‘Tank’ Davis, and here’s why: If Tank beats Kambosos, Tank assumes the position as the No. 1 lightweight in the world,” Rold said.

Davis obliterated Pedraza with a blistering right hook to the jaw as a follow-up to a trio of head-swiveling lefts. Davis improved to 17–0 (12 KOs), his eighth consecutive stoppage claiming a world title in his first try and, at age 22, making him boxing’s youngest reigning champion.

Pedraza had won three straight 135-pound bouts after falling to Davis before being floored twice during a 40-plus punch 11th round by Lomachenko, a two-time Ukrainian Olympic gold medalist whose run of eight straight knockouts ended against Pedraza.

“Tank is fast, strong and sharp enough to beat Lomachenko,” said Porter, who also serves as a ringside boxing analyst and commentator. “A fight between Tank Davis and Vasyl Lomachenko is the best fight that can be made at 135. I have Tank No. 1 and Lomachenko No. 2 at 135, even though Teofimo has all of the belts.”

Davis floored Gamboa once each in the second, eighth and final rounds in December 2019 to earn the WBA’s vacant lightweight crown. In November 2020, Haney won a unanimous decision over Gamboa.

“I think my chips are with Haney long term because of his size. I think he is the guy who will grow into being a welterweight because of his height and length. But right now, I’ve gotta give it to Gervonta because of Lopez losing recently, and I think that his wins over Santa Cruz and Barrios have been under-valued,” Zittel said.

“I think Haney going 12 rounds with Gamboa after Gervonta stopped Gamboa in the 12th lent more credibility to Gervonta’s win over Gamboa than a lot of us originally thought. Gervonta is coming into his prime, and he has the power that Haney doesn’t quite have. Gervonta has under-rated skills, some of the best coordination in boxing, and is definitely one of the top 10, pound-for-pound fighters in boxing right now.”

Santa Cruz was knocked out cold and stopped for the first time in his career by Davis’ ripping left uppercut, and Barrios was floored twice in the eighth and once in the 11th, falling to 26–1 (17 KOs).

“When Gervonta knocked out Leo Santa Cruz at 130 pounds, it was, ‘well, Santa Cruz was a blown-up 126-pounder.’  When he went up two weight classes to 140 to beat Barrios — who was undefeated at the time — it was, ‘Barrios had a secondary title.’”

Fighting for the third time this year, Cruz is 17–0–1 (12 KOs) since falling by eight-round unanimous decision to Luis Miguel Montano in February 2016.

In consecutive bouts in February and October 2020, Cruz earned a 10-round majority decision over Thomas Mattice, who entered at 15–1–1 (11 KOs), and scored a two-knockdown, 53-second stoppage of two-time world title challenger Diego Magdaleno.

Cruz followed those triumphs with consecutive 12- and 10-round unanimous decisions over Jose Romero and Francisco Vargas in March and June, respectively. Romero entered at 24–0 (8 KOs) and Vargas at 27–2–2 (19 KOs).

“[Cruz] has an action-packed style himself and he’s looking to knock ‘Tank’ off his throne. There’s a big opportunity for Cruz to stand up for his country and take ‘Tank’ out,” said Leonard Ellerbe, CEO of Mayweather Promotions. “‘Tank’ is always ready. He stays ready, so he doesn’t have to get ready. This fight is going to be nothing but fireworks on December 5 and it’s definitely ending in a knockout.”