In Deion Sanders' first full season as coach, his Tigers will face Prairie View for the SWAC crown and a shot at a national title.
By Mark Gray December 3, 2021
Facebook
Twitter
Linkedin
Email 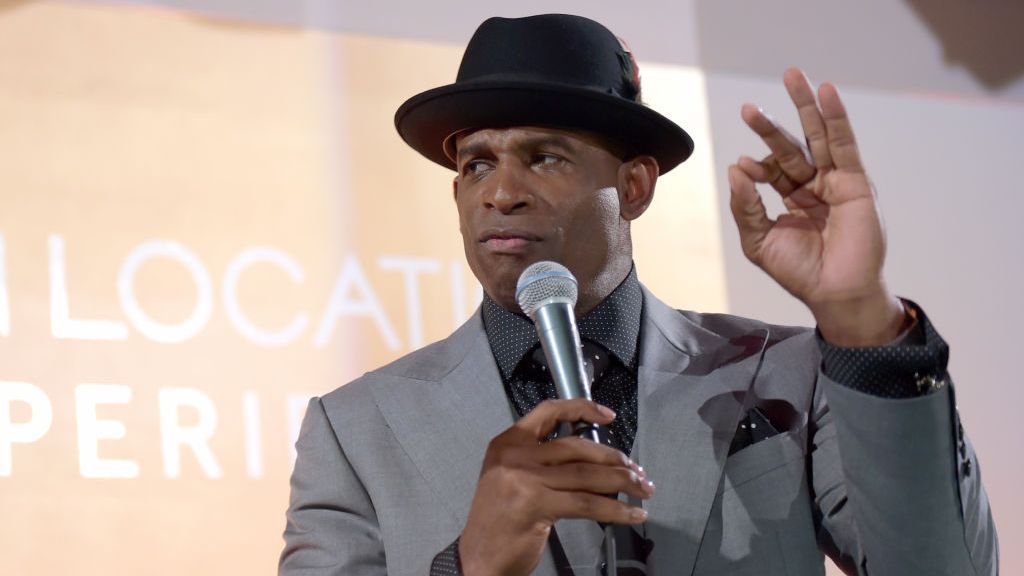 Few could pull off bringing prime time swag to the Southwestern Athletic Conference. But as soon as Deion “Coach Prime” Sanders stepped off the plane for the first time in Jackson, Mississippi, things immediately changed for the landscape of HBCU (Historically black college and university) sports.

“What is a win to us at JSU, if we win the championship — and we are going to do that — OK, and no one goes pro, I don’t feel like we won,” Sanders said after clinching the SWAC East division in his first full season. “If our graduation rate has not increased, did we win? It’s not just games, we are trying to change the game in all facets.”

Sanders’ presence brought more notoriety and attention to a conference whose legacy is as great as that of any major conference in America. The cavalcade of Pro Football Hall of Fame players and NFL All-Pros stands above most football programs in the NCAA’s Football Championship Subdivision. From Walter Payton to Jerry Rice and from Doug Williams to Steve McNair, these schools have produced great legends of the game.

The SWAC will boast two postseason teams for the first time since 1997.  Florida A&M, which won the first NCAA Division I-AA national championship in 1978, earned an at-large bid to this year’s playoffs, which kicked off on Nov. 27. The Rattlers lost to Southeast Louisiana, 38–14, in the opening-round game. EST. FAMU (9–2), whose only conference loss in its first full SWAC season was to Jackson State Labor Day weekend, had won eight consecutive games.

The winner of the SWAC Championship Game between Jackson State and Prairie View A&M on Dec. 4 will then face South Carolina State for the HBCU National Championship in the nationally televised Celebration Bowl that airs on ABC-TV on Dec. 20 from Atlanta.

No coach since the late Eddie Robinson of Grambling has done more for the marketing of HBCU sports than Sanders. Unlike Robinson’s teams, which played during the days of Jim Crow in the South, which put them behind the eight ball when they traveled, Sanders’ team was a box office-caliber draw throughout the conference when it showed up.

“It has been estimated that Coach Prime has brought over $185,000,000 to the JSU program and surrounding community,” said Charles Bishop co-host of “Thee” Pre Game show, JSU’s video podcast that emanates from sidelines during each game.

“Before Coach Prime got there Jackson State was rarely, if ever on TV,” said Wisdom Martin, a JSU alumni who is a news anchor at Fox 5 TV in Washington, D.C. “But once he started doing his thing and the attention that he brought to the program, our exposure took off, and it also helped spread the word about HBCU sports.

Despite missing three weeks while recovering from foot surgery, Sanders led his team to an undefeated FCS record. The Tigers finished 10–1 while ending losing streaks against longtime nemeses Tennessee State and Southern University. The win in Baton Rouge was marred by a melee afterward when several JSU players began taunting Southern by planting their school’s flag at midfield. That following Monday, Sanders publicly apologized to SU coach Jason Rollins and admonished the “gentlemen” who initiated the fracas as “idiots” and vowed it would never happen again.

“We have to learn how to win,” Sanders said. “We want to play smart, tough, fast, and disciplined. We forgot the discipline and the character.”

Sanders’ marketing acumen, media savvy, and spiritual comportment at times have gone beyond the Xs, Os, wins and losses. Coach Prime has been visible in the Jackson, Mississippi community while using his national profile to improve the quality of life for his student athletes. He brokered deals with restaurants such as Golden Corral for players to make smarter meal choices when leaving campus.

He struck athletic apparel deals with Under Armour, and his relationship with SWAC football legend and “Good Morning America” co-host Michael Strahan led to new suits for many Tiger players who never owned one before thanks to the former New York Giant’s clothing line. Strahan played collegiately at Texas Southern.

Sanders, 54, has also been featured in AFLAC commercials opposite Alabama’s legendary coach Nick Saban. The website Barstool Sports produced an JSU version of the NFL Network’s “Hard Knocks” reality show chronicling the spring and thus the national brand of Coach Prime was born.

This year Sanders’ presence on the sideline became the face of Black College Football. More than 100 HBCU football games have aired or been streamed on various national networks and streaming services. While the SWAC brand grew immensely, Division II schools were able to benefit as the interest in HBCU football grew dramatically.

Earlier this season when Alcorn State didn’t have an athletic trainer and was forced to miss two practices before its game against South Alabama — an FBS opponent — Sanders vocally expressed how the rivalry between the two sides should be quelled so he could intervene and help its program.

“Some of the things that I’ve seen thus far early in my tenure are truly unacceptable,” Sanders said. It causes a kid not to dream.”

“He’s been doing a lot of great things,” said Alcorn State coach Fred McNair. “He has been able to address a lot of concerns that we have throughout HBCU football. The attention that he’s brought to the conference has been able to elevate the exposure of the games, and that’s a positive thing.”

“I think his presence has been a positive influence,” said Florida A&M coach Willie Simmons.

The Tigers are a Sanders family affair, and Coach Prime is just one third of the equation. His son Shedeur, Jackson State’s starting quarterback, is a candidate for SWAC Offensive Player of the Year and is a finalist for the Walter Payton Award as the top player in FCS. His other son Shiloh is a starting safety for the Tigers.  Meanwhile, the coach has also been nominated for the Eddie Robinson Award as the nation’s top FCS coach and was named SWAC Coach of the Year.

During his first year as an HBCU head coach, Sanders appears to have gone through a cultural awakening. Despite having to improve his program’s infrastructure, he consistently speaks with reverence about how the rivalries, homecoming and the success on the field being shared with his sons is priceless. However, he sees it as a bigger calling for more than just football success.

Deion Sanders was often a game changer when he played, and it earned him a place in the Pro and college football halls of fame. The second act of his career has given him a chance to give back to the game and change the lives of young African-American student athletes, and that challenge is what drives him today.

“The playing field is horrible. It’s not a level playing field. It’s unacceptable. Thank God that God called me to change the game, to open their eyes, to open the door. Not just for Jackson State, but for everybody.”