Bone Fides: Pile Of Bones Yields Oldest Evidence Of Denisovans From 200,000 Years Ago 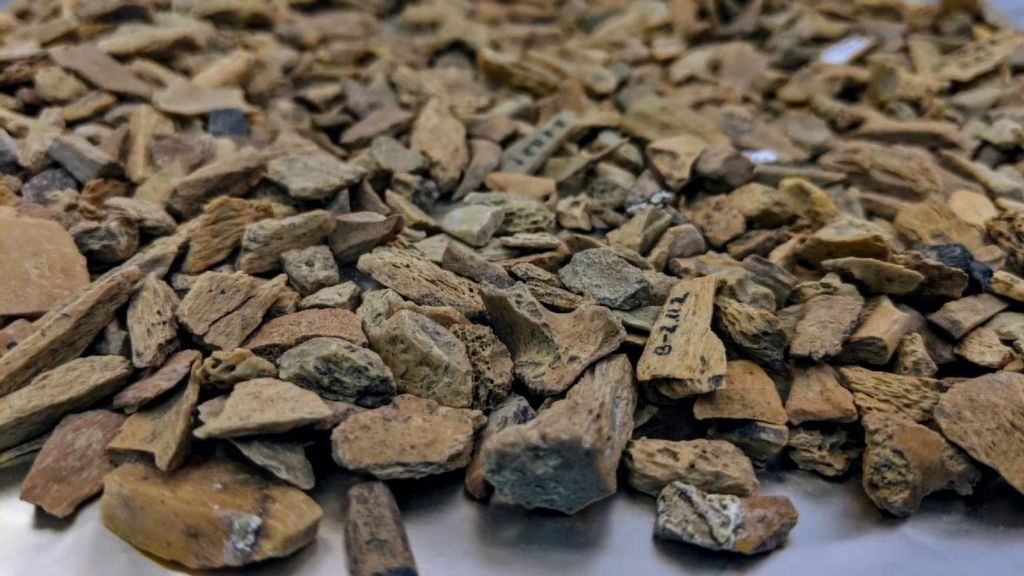 A team of scientists in Austria and Germany has uncovered the oldest known remains of a mysterious species of humans called the Denisovans dating back 200,000 years in a cave in Siberia.

They are an extinct species or subspecies of archaic humans first identified in 2010, with few remains ever found, and most of what is known about them comes from their DNA.

“An international team, led by researchers from the Universities of Vienna and Tübingen, and the Max Planck Society, has identified five new human fossils from the key site of Denisova Cave in southern Siberia,” the Max Planck Institute said in a statement about the latest findings.

“The remains, which include three Denisovans and one Neanderthal, were found in a secure and well-dated ca. 200,000-year-old context. Surrounded by archeological remains such as stone tools and food refuse, the finds shed light on the adaptation strategies of these early hominins as they spread across Eurasia.”

Over a four-year period, a team led by Katerina Douka, an assistant professor of the Department of Evolutionary Anthropology of the University of Vienna, working with colleagues in Germany and Russia, extracted and analyzed ancient proteins and DNA from almost 4,000 bone fragments from the Denisova cave.

The research was challenging to carry out, given that the human bones were found among thousands of animal bones in the cave. More than 95 percent of the thousands of bones present at the site were “too fragmented for standard identification methods,” the statement said.

Out of 3,800 bone fragments that were no larger than 4 centimeters and that were analyzed at Tuebingen University, five bones were a match for humans.

“Finding one new human bone would have been cool, but five? This exceeded my wildest dreams,” Samantha Brown, who analyzed the bones, said. “We were stunned to discover new human bone fragments preserving intact biomolecules from such ancient layers.”

Of these, three “aligned with the Denisovan mtDNA type and one with the Neanderthal type. Dating to 200,000 years ago, the new Denisovan bones are some of the oldest human fossils to have ever been genetically sequenced.”

“Denisova is an amazing place for aDNA preservation, and we have now reconstructed genomes from some of the oldest and best-preserved human fossils,” said Diyendo Massilani, a postdoctoral researcher from the Max Planck Institute of Evolutionary Anthropology in Leipzig who led the genetic analyses of the new fossils.

These new discoveries “help bridge a gap regarding the archeological adaptations of the earliest Denisovans,” the statement said.

“Denisovans appear at the site during an interglacial (a warm period during which the environment and temperatures were similar to today) and take advantage of the strategic location of the cave,” it said.

“They appear with a fully-fledged lithic tradition, utilizing raw material found in the alluvium of the nearby Anui River and hunting herbivores, such as bison, roe and red deer, gazelle and saiga antelope, and even woolly rhinoceros.

“They continue to follow similar subsistence patterns for several thousand years. Around 130-150,000 years ago, Neanderthals also appear at the site, represented by one of the fossils also discovered in the current study.”