Zac Bell was forced to quit the game after injury, but his skills have netted him numerous social media fans.
By Arian Movileanu December 2, 2021
Facebook
Twitter
Linkedin
Email 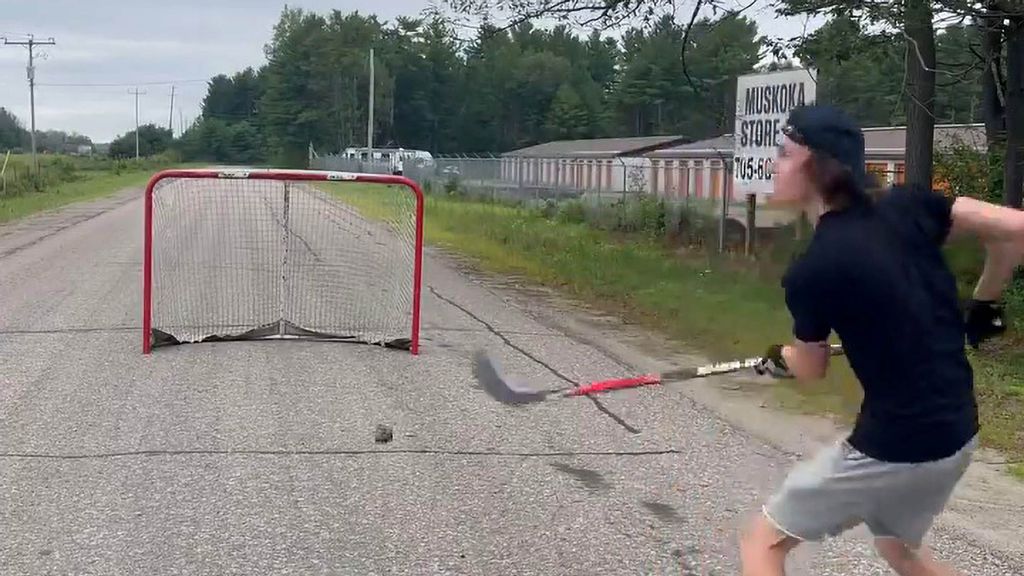 Zac Bell, 20, a former hockey player from Ontario, Canada, who made a name for himself on the internet after sharing his hockey skills, shows another trick. (@alwayshockey/Zenger)

An aspiring hockey star forced to give up playing due to an injury is back in the game he loves, becoming one of social media’s top ice hockey sensations who wows his followers with amazing stick tricks.

Zac Bell is such a success that he attracts hundreds of thousands of views, and has even incorporated a company to market and cash in on the popularity of his tricks.

In one shot, for example, he amazes fans by hitting a hockey goal’s left vertical post, horizontal crossbar and right post in quick succession before he twirls his stick in the air, catches it and smashes a puck against the crossbar.

Bell is a national athlete who has racked up over 317,000 followers on Instagram and 111,000 on YouTube with his ice hockey skills.

Bell opened up about his journey to becoming the so-called “Hockey Jedi.”

“I played hockey my whole life. Unfortunately, I only got one season of junior hockey before being forced to retire due to head injuries. I was in the dark room for a long time battling PCS (post-concussion syndrome), unfortunately.

“Not long after that, my mom was diagnosed with cancer. That’s when I decided to put all my energy and focus into my platform and really become Zac Bell, the ‘Hockey Jedi.’ This is how I stay involved with the game I love so much. This is how I play now.”

Bell, 20, hails from Ontario province in central Canada, but is a fan of the cross-border NHL Detroit Red Wings. His social media videos often rack up hundreds of thousands of views, with one particular video of him launching one puck after another into the crossbar with the “world’s lightest stick” accumulating an astonishing 1.4 million views on YouTube.

One of his most recent video posts shows Bell teaching some stick tricks to former NHL player Colby Armstrong and Hockey Hall of Famer Eric Lindros.

“I never expected everything would happen so fast,” Bell said of his rocket-like ascent to social-media star. “I always knew deep down this was my calling. It seemed to be that everything in my life would lead right back to AlwaysHockey.”

AlwaysHockey is Bell’s company, which he created in 2014 and incorporated last year.

What are his future plans?  They revolve around the rink.

“I am working toward start up our training facility and summer hockey team within the next two years.”