Lost deer was tranquilized and sasfely returned to the wild by a parks service officer.
By Lee Bullen December 2, 2021
Facebook
Twitter
Linkedin
Email 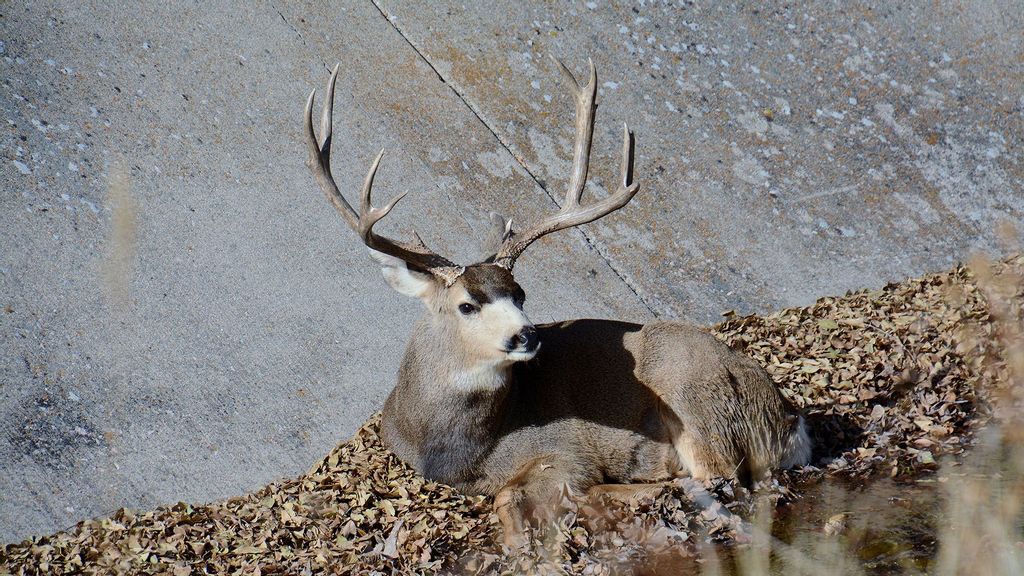 This buck, trapped in a steep-sided concrete culvert in Colorado Springs for about 90 minutes, was rescued by a wildlife officer on Dec. 2. (Colorado Parks and Wildlife/Zenger)

Video shows the rescue of a mule deer in Colorado that was trapped in a concrete culvert for about 90 minutes.

A wildlife officer tranquilized the buck and later released it into the wild, a wooded area in Colorado Springs.

“Today’s wildlife rescue is a mule deer buck trapped in a steep-sided concrete culvert in Colorado Springs,” Colorado Parks Wildlife posted on online on Dec. 1. “Deer often get trapped in these culverts because there are no escape ramps. This buck was trapped for days. So Colorado Parks and Wildlife officer Corey Adler responded.”

Adler then described the predicament facing the large mule deer buck trapped in a miles-long steep-sided concrete culvert in northwest Colorado Springs. He ended up working about 90 minutes to rescue the buck, the online post says.

In one video clip, the officer is seen taking aim with a tranquilizer dart gun at the deer in the concrete culvert.

“Watch what happens when the buck is hit with a tranquilizer dart. Often people say: ‘Just tranquilize the animal and move it?” They don’t realize how difficult it is to tranquilize large animals,” Adler said. “Often they get a rush of adrenaline and run, complicating the rescue.”

Another clip shows the officer lowering himself to the deer’s position in the culvert, and he is then seen driving along the road with the animal lying motionless in the back of his pickup truck.

“Once it bedded down, Colorado Parks and Wildlife officer Corey Adler did his Spiderman impersonation just to reach the buck and pull it out. Then he drove it to a Colorado Springs park and released it,” the online post says.

In another clip, Adler is seen releasing the deer into the wild after tagging it and commenting that “he is doing well” as the animal, apparently still slightly groggy, slowly wanders through the overgrowth.

The clip was posted with the message: “See the revived mule deer buck run off into its new home in a Colorado Springs park as Colorado Parks and Wildlife officer Corey Adler explains how he ear-tagged it and reversed the tranquilizer.”

Though Colorado’s mule deer population has been declining since the 1970s, Colorado Parks and Wildlife said, mule deer are known to wander into urban areas.

Mule deer can be found throughout Mancos State Park in the southwestern part of the state, the Parks and Wildlife service said.

“These graceful creatures are especially visible at dawn and dusk in the grassy areas between the main campground and the nature trail. However, groups of mule deer as large as 20 individuals have been spotted in the middle of the day. In the fall, look for them grazing on acorns near patches of oak brush.”