High prices may finally be catching up with consumers, though the Omicron variant could be a significant game changer. 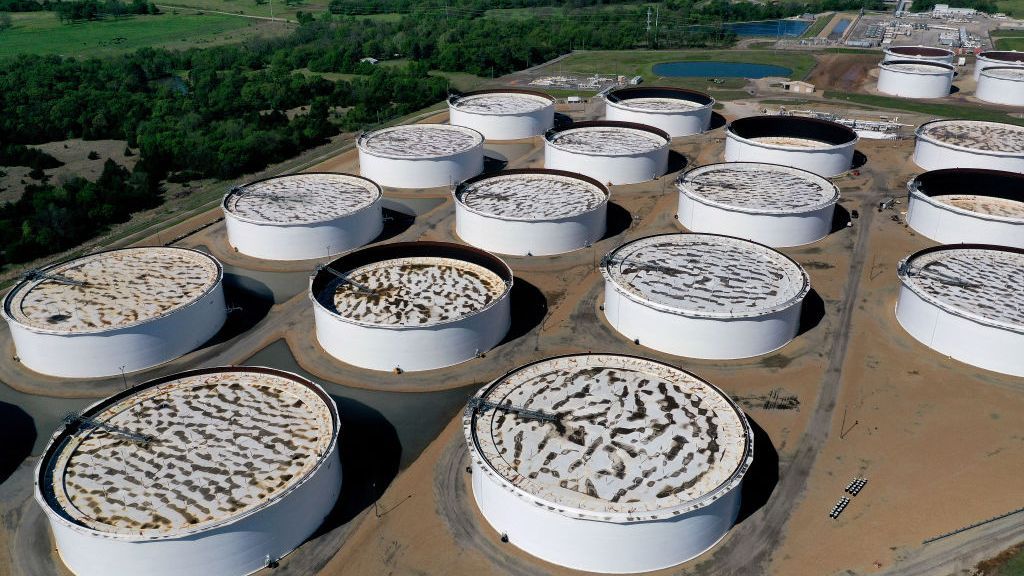 For the week ending Nov. 26, the U.S. Energy Information Administration reported that commercial crude oil inventories declined by 900,000 barrels from the previous week and remain about 6 percent below the five-year average for this time of year. (Tom Pennington/Getty Images)

The U.S. Energy Information Administration, part of the Energy Department, publishes weekly data on inventories of crude oil, gasoline, distillates — a refined product category that includes diesel — jet fuel and others. In broad terms, a week-on-week increase in storage levels is usually indicative of a slump in demand, while the opposite holds for a decline.

For the week ending Nov. 26, the agency reported that commercial crude oil inventories declined by 900,000 barrels from the previous week and remain about 6 percent below the five-year average for this time of year.

Total motor gasoline inventories, meanwhile, are about 5 percent below the five-year average, but increased by 4 million barrels from the previous week.

Al Salazar, the managing director at energy data firm Enverus, said that, despite the small build in crude oil inventories, the overall market looked like it was in a surplus. Gasoline consumption, meanwhile, seems to have been on a bit of a downward trend.

U.S. President Joseph R. Biden Jr. called for a release of oil from the nation’s Strategic Petroleum Reserve to help lower commodity prices. Since his announcement in late November, however, the price of oil moved higher while retail gasoline prices have barely moved.

“I would say that there is some evidence of consumer sensitivity to high gasoline prices — meaning inflation is beginning to bite,” Salazar said. “However, the forward view has become increasingly clouded with Omicron and what OPEC plans to do to manage the market.”

The emergence of Omicron, a more contagious strain of the novel coronavirus that causes COVID-19, rattled markets last week, with Brent tanking a staggering 11.5 percent on Friday. The U.S. Centers for Disease Control and Prevention announced Wednesday it detected the first case of Omicron in the country.

Crude oil prices were on the decline in early trading Thursday after the Organization of the Petroleum Exporting Countries and its allies decided to stick with the plan of adding another 400,000 barrels per day to the market in January. The production group, along with non-member state allies, are coordinated as OPEC+ to adjust production levels.

The group has continually frustrated the Biden administration by committing to only the standard release of another 400,000 barrels per day for the global market. Biden administration officials have repeatedly called on OPEC+ to produce more oil, with Biden himself casting blame on the group for high gasoline and oil prices. Those high prices, he said last month in Glasgow, Scotland, are “a consequence of, thus far, the refusal of Russia or the OPEC nations to pump more oil.”

Phil Flynn, a senior energy analyst at The PRICE Futures Group in Chicago, said the slow trickle out of the Strategic Petroleum Reserve likely skewed the data on crude oil inventories this week, so the drop might have been a bit smaller than the federal report shows.

“We’re going to have to wait for more data to determine whether or not the Omicron variant is going to start impacting demand,” he said.

Tamas Varga, an analyst at London oil broker PVM, said that the Energy Information Administration report was not exactly encouraging as demand appears to be on the decline.

“The report, however, won’t be a price driver this week, there are more serious issues in play,” he said.