Dino-Sword: New Species Of Dinosaur With Vicious Sting In The Tail

Scientists unearth an armored beast that had a thrashing tale with a deadly, sharp-edged club on the end. 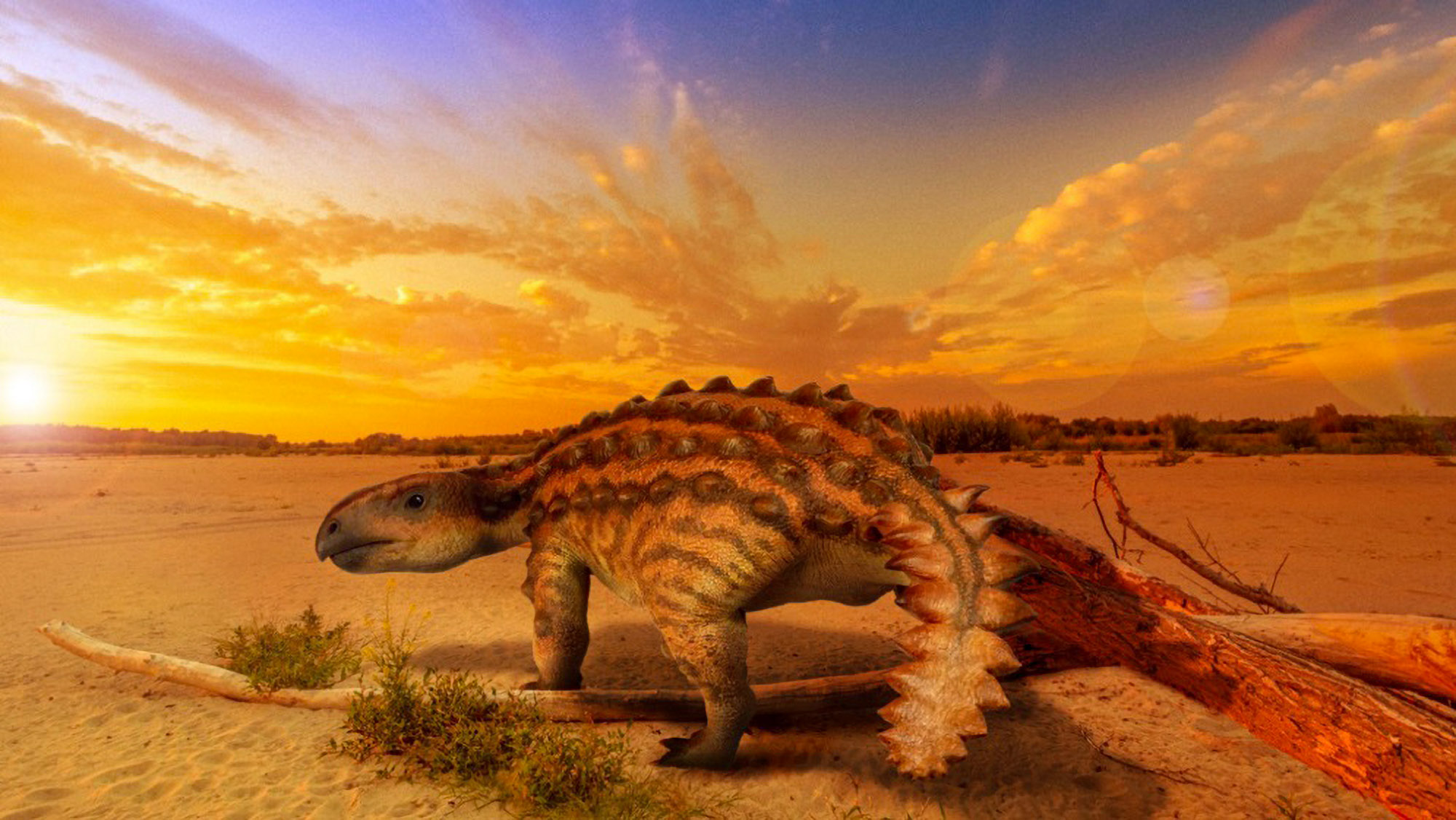 An artist's reconstruction of the appearance of the new species of armored dinosaur, Stegouros elengassen, found in the Rio de las Chinas valley in Chilean Patagonia. (Luis Perez Lopez/Zenger)

Researchers have found the near-complete skeleton of a new species of dinosaur with a unique weapon resembling an Aztec macuahuitl war club on its tail.

The discovery of the bones of the dinosaur, named Stegouros elengassen, was described in the journal Nature.

The find in the Río de Las Chinas Valley in Chilean Patagonia was made in 2018 during a course on fossil extraction and conservation given by paleontology technician Jonatan Kaluza of the Felix de Azara Natural History Foundation to a group of paleontologists.

Research on the more than 6-foot skeleton, which was 85 percent complete, shows the species lived about 74 million years ago during the Late Cretaceous period.

The paleontologists thought at first that the skeleton belonged to an ornithopod, which are bipedal herbivores with bird-like hips, due to its slender limb bones. It was only after analyzing it in the laboratory that they realized it was actually an ankylosaur, which are quadrupedal.

The Ankylosauria suborder includes the bulk of dinosaurs with armor in the form of bony osteoderms, much like turtles.

Stegouros elengassen’s most striking feature is the weapon on its tail, which does not resemble that of any known dinosaur. That reality challenges the previously held belief that such weapons had evolved only in species with robust limbs and wide legs.

“It is a large weapon composed of seven pairs of osteoderms (dermal bones) projected laterally in a manner similar to a fern frond,” the press statement said.

The find was particularly unique, as numerous ankylosaur fossils have been discovered in the Northern Hemisphere, but only fragments had previously been found south of the equator.

The skeleton of a species named “A. oliveroi’” in the Antarctopelta genus discovered on James Ross Island on the northeastern tip of the Antarctic Peninsula in 1986, for example, was only 15 percent preserved.

According to the study’s abstract, Stegouros elengassen “is related to Kunbarrasaurus from Australia and Antarctopelta from Antarctica, forming a clade of Gondwanan ankylosaurs that split earliest from all other ankylosaurs.”

“[W]e came to the conclusion that it is a transitional ankylosaur, that is, an evolutionary link between ankylosaurs and other older lineages of armored dinosaurs,” Kaluza said, according to a press statement by the National Council for Scientific and Technical Research, an Argentinian government agency.

“When the preparation of the fossil was almost finished, we realized that it could not be an ornithopod, but, because of the plates that covered its back, it must be a euripod, a basal group that contains both ankylosaurs and stegosaurs,” Kaluza said.