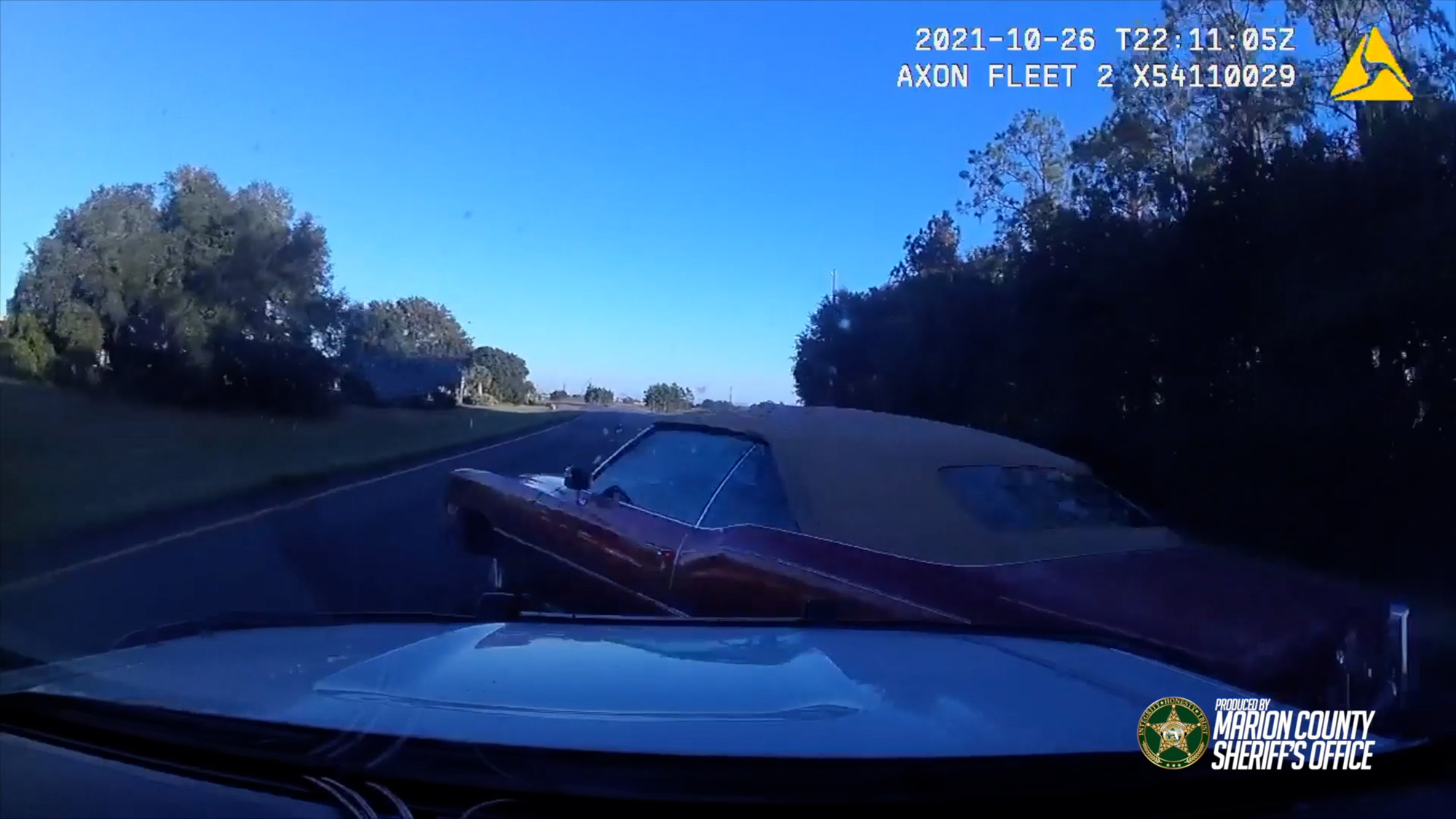 A man wanted for murder has been captured Florida after a high-speed chase that ended with sheriff’s deputies using a so-called PIT (Precision Immobilization Technique) maneuver to push his Cadillac convertible off the road. Taken into custody was Johnnie Bee Samuel, who was wanted for a murder that took place a month earlier in Ocala, Florida.

The chase and arrest took place on Oct. 26 in Ocala. The Marion County Sheriff’s Office shared the footage of the incident online, as well as an accompanying statement.

The footage shows a car chase, shot from a police vehicle’s dashboard camera as well as from a police helicopter assisting in the chase. The police can be seen pursuing a red car with a white roof down the highway before one of the sheriff’s cruisers performs the PIT maneuver and nudges the suspect’s vehicle off the road.

The maneuver is “a technique used by law enforcement personnel to force a fleeing vehicle to abruptly turn 180 degrees, causing the vehicle to stall and stop,” a 2013 research study on the tactic said.

In Samuel’s case, after being bumped on its left-rear side, his car skids into the highway’s median before coming to rest. The suspect is then seen getting out of the vehicle and lying down on the ground before being arrested, with a deputy handcuffing him.

Samuel is wanted in the murder of Willie Lee Jones Jr. on Oct. 26. Authorities subsequently identified Samuel was the shooter, and that he had fled the scene in an older model Cadillac convertible.

It was that vehicle that police later spotted on Interstate 75 in Ocala.

“Deputies attempted to conduct a traffic stop.” the sheriff’s department statement said. However, Samuel fled from deputies and a pursuit ensued. The pursuit ended in Sumter County when a successful P.I.T. maneuver was conducted.”

Authorities said that witnesses subsequently identified Samuel as the person who killed Jones, and that they had also retrieved a .38 caliber Charter Arms revolver from the car that was later confirmed to be the gun used in the murder.

“The revolver and the projectiles recovered from the victim were sent to the Florida Department of Law Enforcement crime laboratory in Jacksonville for testing. FDLE’s forensic analysis showed that the revolver found in Samuel’s vehicle was the firearm used to kill Jones.”

After his initial arrest for fleeing or attempting to elude, Samuel was held at the Sumter County Jail before being moved to the Marion County Jail, where he is being held without bail on a murder charge.