Multiple agencies carried off an astonishing airlift of a bolted horse that threw its rider, then got trapped in a ravine.
By Joseph Golder November 30, 2021
Facebook
Twitter
Linkedin
Email 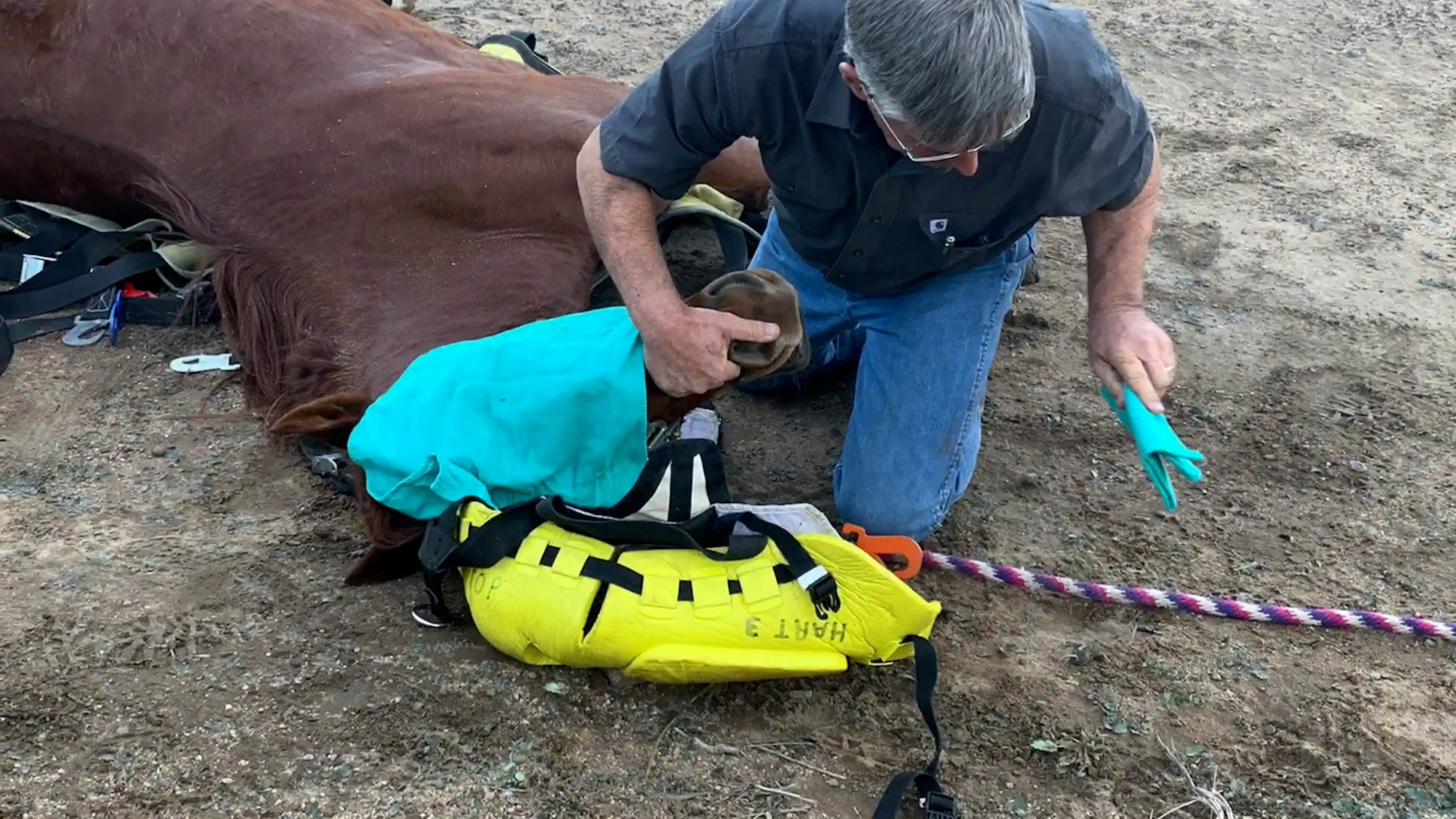 An injured horse was dramatically airlifted to safety by a rescue helicopter in California.

The incident took place near Lake Skinner, California, on Nov. 26. The horse ended up in a ravine two days earlier after its rider fell off.

The helicopter was dispatched to assist in efforts to save the horse, which was stuck between two boulders. The rescue was delayed due to high winds, according to the Riverside County Department of Animal Services.

The footage was shared online by the department, which said: “It was uncertain what caused the accident, but the horse bolted at some point, causing the woman to fall off the animal as it continued charging away.

“The rider and the horse suffered injuries, which were believed to be minor. The horse, a 4-year-old gelding named Sunny, was treated on the scene by an equine veterinarian prior to today’s rescue. It was believed the owner of the horse camped overnight with her pet to offer it company and comfort,” the department said.

Huennekens said: “These airlift rescues require optimum conditions. We’re so thankful to the HART crew from the Riverside city fire department, and our county partners in the fire and sheriff’s departments to make this operation a major success. Saving Sunny from this predicament will be a highlight of the year for all of us.”

The Riverside County Department of Animal Services said: “Sunny, weighing approximately 1,000 pounds with a height of almost 16 hands, was sedated before his flight to allow his rescuers safe conditions to strap on the specialized harness. The harness — called an Anderson Sling — is placed atop the horse and straps are wrapped around the animal to offer stability.”

Sunny’s flight lasted about 10 minutes. A resident in the area provided the sheriff’s helicopter pilot with a field to land Sunny for his recovery period.

The health status of the gelding is currently unclear, although it’s not thought to have sustained any major wounds. A gelding is a castrated horse; the procedure is often done before the animal is a year old. Gelding can make horses more even-tempered and easier to handle.