Passersby called police after seeing a broken window in a school lobby, but the culprit turned out to be a 10-point buck.
By Joseph Golder November 30, 2021
Facebook
Twitter
Linkedin
Email 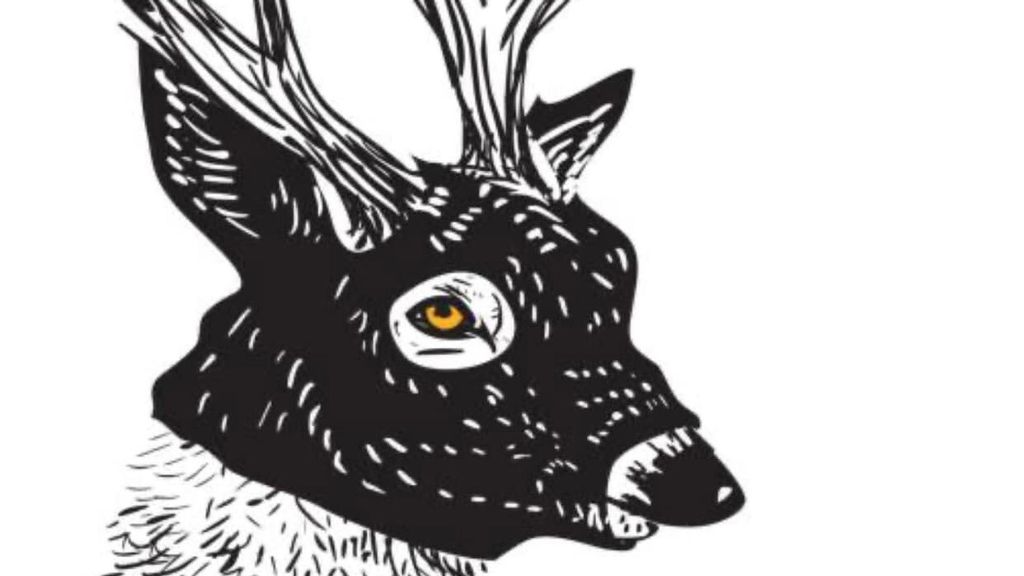 A humorous sketch of the “four-legged suspect” wearing a ski mask posted by Barnstead, New Hampshire, police after a report of a burglary at a local school on Nov. 28. (Barnstead Police Department/Zenger)

A crime scene turned into more of a cartoon after police in New Hampshire released a sketch of the prime suspect in a possible burglary — a drawing of a 10-point buck in a ski mask.

The suspected “burglar” at an elementary school in Barnstead turned out to be a deer that crashed through a window on Nov. 28.

“A citizen driving past the school reported seeing a front window smashed. Police responded and much to their surprise saw a 10-point buck inside the school lobby,” the Barnstead Police Department posted online, complete with several amusing emojis. “Officer [Mytchel] Cookinham called for backup and Barnstead firefighters showed up to help capture the large suspect.

“As emergency personnel gained entry, the suspect escaped as he crashed through a second window and was last seen running down Maple Street. Officer Cookinham gave chase, pursuing the four-legged suspect who was too swift for the officer.”

In keeping with the humor of the incident and the holiday spirit, the police department said: “In the distance a voice could be heard yelling ‘On Dancer!’ and in the blink of an eye, the suspect was gone. At the scene of the crime police found a five-point antler and will be sending it to the crime lab to check for DNA.”

Continuing their tongue-in-cheek narrative, the police department’s statement said: “Police believe that the buck is part of an organized crime group breaking into buildings in New Hampshire. Earlier today our police counterparts in Goffstown responded to a call of a buck inside an auto repair shop and the suspect got away when police arrived on scene.

“Barnstead Police will be working with the Goffstown police and other law enforcement agencies to try to match hoof prints, surveillance and booking photos to see if this is the same suspect from the Goffstown burglary or another member of this organized crime group. We will keep the public posted as new information comes in.”

Barnstead, with a population of just under 5,000, is a rural area in central New Hampshire.

New Hampshire’s deer population has more than tripled in 30 years, according to the New Hampshire Fish and Game Department.

“Fish and Game now takes a long-term approach to managing the deer population,” the department states on its website. “In order to fulfill our mission as guardians of the state’s wildlife resources, the department works with the public to develop a Game Management Plan. This Plan sets management goals for all big game species in the state for a 10-year period. It includes deer population objectives for each of the state’s 20 Wildlife Management Units, which are areas with similar habitat, relative deer density, and weather. This allows the department to more precisely manage the state’s deer herd.”