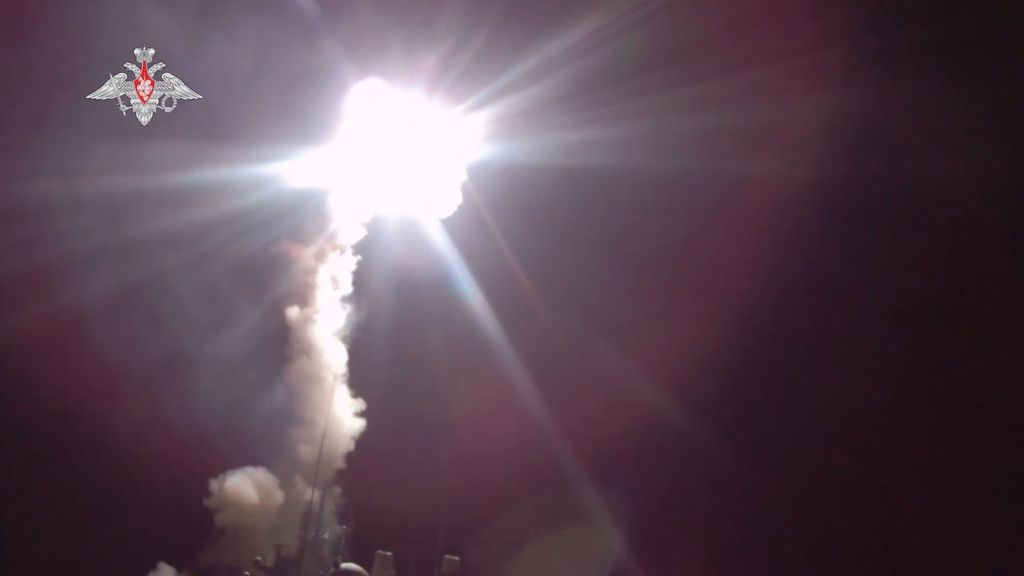 Russia has launched another test of its new Zircon hypersonic missile that reportedly hit a target 250 miles away.

The Russian Ministry of Defense said the Zircon missile, which travels at five times the speed of sound, successfully took out its target during a test in the White Sea.

The latest launch took place on Nov. 29 from aboard the Northern Fleet’s Admiral Gorshkov-class frigate. Prior to that, the missile has been tested four other times: first on Oct. 6, 2020, a day before Russian President and Armed Forces Commander-in-Chief Vladimir Putin’s birthday on Oct. 7, followed this year by launches from a submarine on Oct. 3 and 4, and a launch from a frigate on Nov. 18.

In video of the most recent test, the frigate is seen being illuminated by the Zircon launch as a deafening roar is quickly followed by the missile propelling through the night sky and into the upper atmosphere.

The launch was “successful and the target was hit,” the defense ministry said.

Putin has called the Zircon hypersonic cruise missile an unrivaled weapons system, able to strike nearly any spot on the globe and avoid U.S.-built missile shields.

Last month, Russian deputy premier Yury Borisov said that the Kremlin has outpaced the West in the race to develop hypersonic weapons and intends to keep its position at the top.

The U.S., China, India and North Korea are all involved in the race to develop the next generation of long-range hypersonic missiles, which speed across the upper atmosphere at speeds of at least Mach 5, about 3,852 mph.

In addition, earlier this year, the British navy unveiled plans to place its new Sea Ceptor missile system on six of its destroyers.

That system is being deployed on the HMS Daring, Dauntless, Dragon, Diamond, Defender and Duncan in a $688 million deal with MBDA Missile Systems, a joint venture of three leading European aerospace and defense companies.

However, with a maximum cruising speed of Mach 3, three times the speed of sound, the Sea Ceptor is only half as fast as Russia’s Zircon missile.

The Zircon tests come amid boiling tensions with the West over the amassing of Russian troops on the border with Ukraine.

The Kremlin has denied that they are planning an invasion of Ukraine and slammed the West for “whipping up tension.” However, many experts see the amassing of troops along the border, together with accompanying rhetoric, as a worrying sign.