Ceremony renews ties with ancestral lands lost to the people of the tribe in the 1920s. 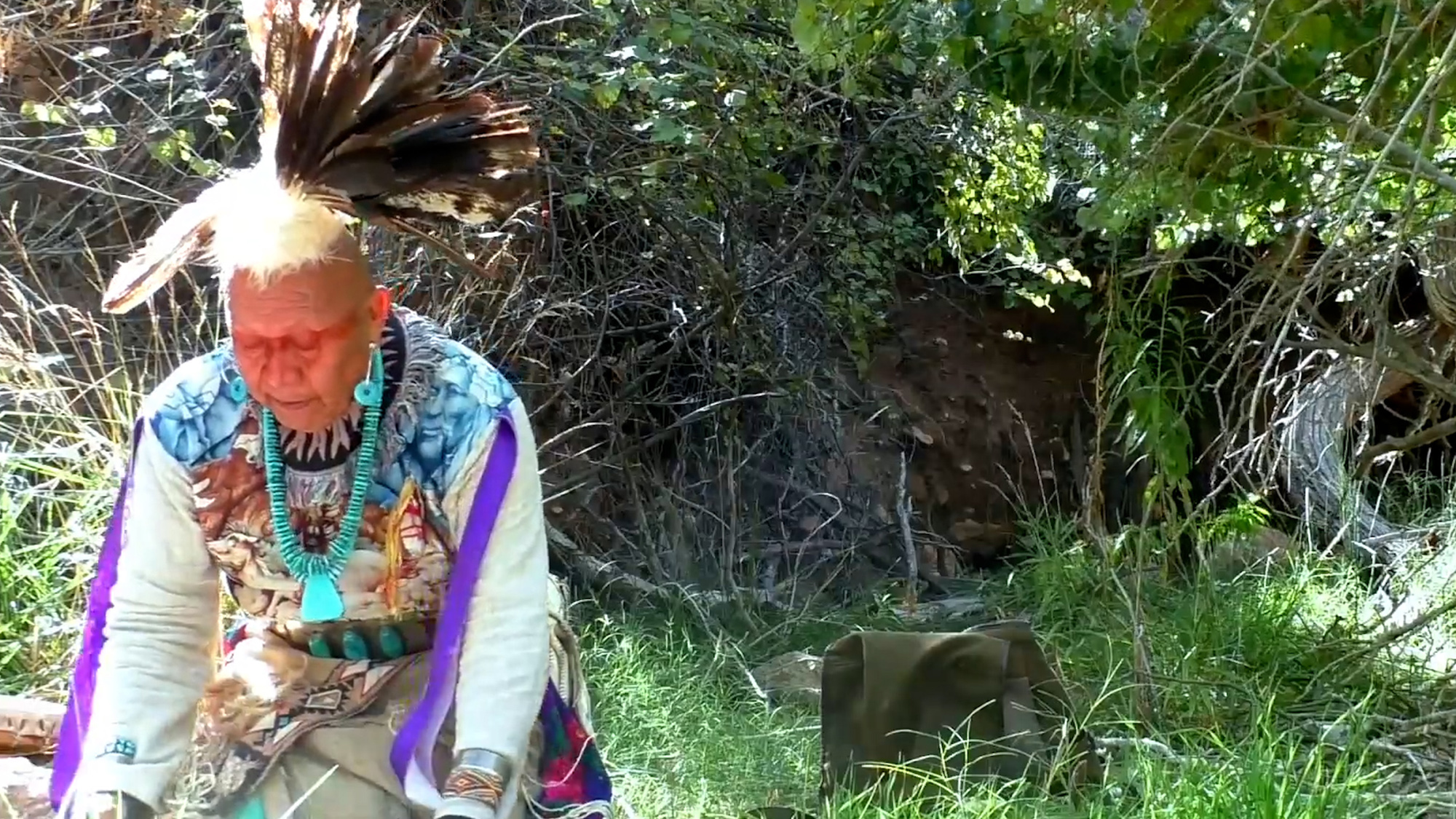 Video shows a Native American religious practitioner reconnecting with his ancestors through song and prayer at the Grand Canyon.

“For James Uqualla, a Havasupai religious practitioner, the hike from the Rim to Havasupai Gardens is a pilgrimage. Dressed for ceremony, Uqualla walked to his ancestors’ traditional farming lands, where he reconnected with them through ritualistic song and prayer,” according to the Grand Canyon National Park.

Uqualla’s procession “marks a renewed relationship with lands taken from the Havasupai by the National Park Service in the 1920s,” the park service said in a statement accompanying the video it posted on Nov. 29.

The Grand Canyon National Park said: “Spend a minute out in it, listening to chant, smelling burning sage, and feeling the spirit of Grand Canyon through its original protectors.”

On his website, Uqualla said, “As a recognized ceremonial entity, spiritual advisor, I am called to officiate unions, birth, blessings and healings. Tools of the spirits, eagle feathers, bones, medicine plants, drums, gourds, fire, water, assist in the needed healings, awakenings and transformations. Some call me a medicine man, sage, storyteller, wisdom keeper and priest.

He also describes his background: “Born into a family with a Medicine Man Grandfather, Arthur Kaska. My mother, the daughter of Kioska, was given the knowledge of the traditional ways — hunts, deer tanning, gourd making, singing and dances, my mother passed these gifts to her children.

“The ancestral ways have provided the themes for many speaking engagements. All of life’s events are the reflection of the world’s people at large. They key is to interpret the meanings appropriate to the times and ages.

“The ethereal art of Coyote Telling is ages old and performed in tribal settings of canyon, cave, mountain and desert. Ceremonial Theater is the medium of expression.

“My journey has blessed me with the divine meetings of spiritual leaders, tribally, nationally and globally. My Sacred Oratory, a lecture, is heard throughout Japan, Europe, South America, and the United States. I invite you to join me in this life of experience. I am your companion in this walk.”

“The Havasupai people, whose name means “people of the blue-green waters” — for their beautiful canyon home — live on a reservation 90 miles northwest of Flagstaff, Arizona,” Grand Canyon National Park says. “There are roughly 650 tribal members, many of whom live in the village of Supai in the bottom of Havasu Canyon (also known as Cataract Canyon).

“The canyon can only be reached only by foot, horseback, or helicopter. Each year more than 20,000 visitors travel to Supai to visit gorgeous Havasu Falls,” the park service said.