LeBron James has missed a few games this season, but his former assistant coach James Posey doesn’t think the King has lost a step 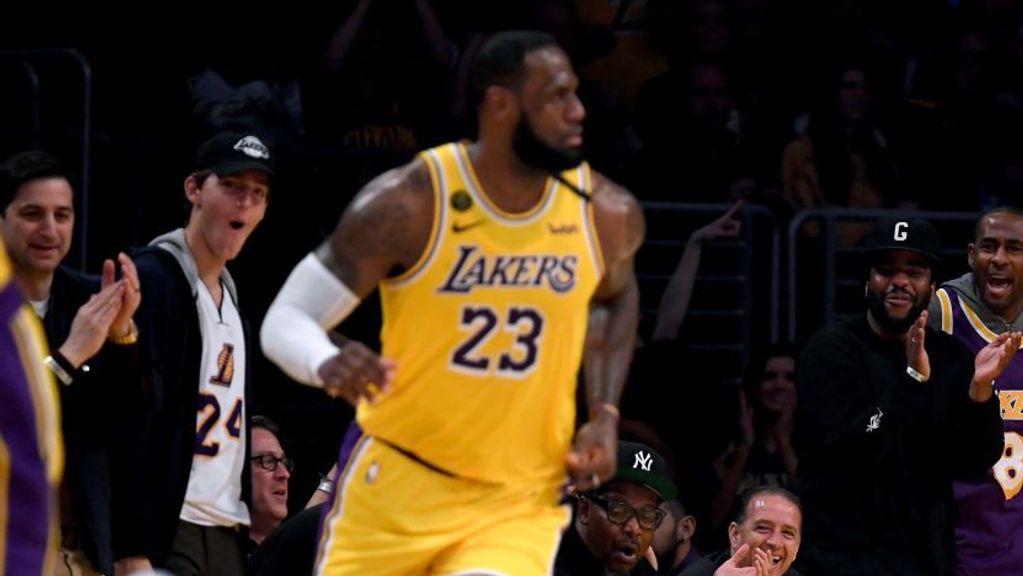 At 37 years old, it’s incredible that LeBron James is able to play at such a high level. (Harry How/Getty Images)

It’s not possible to defeat Father Time. We all know this. But that doesn’t mean that LeBron James isn’t going to go 12 rounds with him.

At 37 years old, it’s incredible that LeBron is able to play at such a high level. He’s averaging 25.8 points, 5.2 rebounds and 6.8 assists per game, and has scored over 30 points in each of the Lakers’ last three games.

The team is on a mission to win a championship, and it starts with King James.

If there is a concern, though, it’s about how much longer whether ‘Bron is going to be able to hold up, because he’s missed more games as he’s gotten older.

Just since he joined the Lakers, ‘Bron has had ankle pains, issues with his groin and hamstring, and now this season, his abdomen. He’s already missed 10 games due to injury this season, and he’s missed a total of 58 games in his first three seasons with the Lakers. In other words, he missed 68 games since he joined the Lakers just over three years ago. Meanwhile, he missed 71 games in his first 14 years in the league, and played all 82 games in his 15th season in Cleveland.

He’s going to turn 37 years old in December, so it’s only natural that his days of playing 70-80 games come to a close. At this stage, all he’s playing for are championships, so there’s a balance.

When he does play, though, LeBron is still a problem. It’s incredible how he’s been able to defy time the way he has.

As a pro athlete, as you age and the miles on your body add up, you begin to feel it. You notice a lot of little things that aren’t necessarily injury-related. The day after a game, you feel soreness in new places. You need to ice more. It takes you longer to recover after playing, and things like that. When you first start to experience it, you might even be in a bit of denial. Father Time taking his toll on you is much different than getting a contact injury.

If a guy hits you or you land awkwardly or something like that and get hurt, it’s easy to understand why or how an injury happens. And while I do think there are “wear and tear” injuries, I think the correlation between those kinds of injuries and the age of a player can be debated. Some guys play into their late 30s without much issue. Meanwhile, lots of 20-year-old players have their careers cut short due to injury.

And I’m sure that he hasn’t gotten a grasp on LeBron just yet. The proof is in what he’s still able to produce on the court.

Based on what we see when he’s on the floor — even though the injuries look like they’re taking a toll on him — the games LeBron’s missed over the past few years are more about injuries and load management and about trying to keep him fresh for the playoffs than it is about Father Time catching up with him.

Like I said, they’re going to end up going 12 rounds, and by the looks of it, they’re maybe in the ninth or 10th.

It’s funny that it took all this time for ‘Bron to get “load managed,” so to speak.

LEBRON HITS THE THREE AND THE SILENCER 😱👑 pic.twitter.com/mNp0Uzd6jD

For as long as I’ve known him, he’s had an old school mentality of being one of those players who took pride in playing every game. If you look back at his history, you’d see that LeBron regularly played 78, 79, 80 games pretty much every year. Him staying healthy all these years is a product of him taking good care of his body, and maybe a little bit of good fortune.

Pretty much every player today can only dream of having the kind of career he’s had — four championships, four Finals MVPs, 17 All-Star selections and 17 All-NBA team selections. He’s one of the greatest players ever, and what’s been most incredible is his longevity.

When I was coming up, and even up until my last few years in the league, most players took a special sort of pride in playing all 82 games. It was kind of like a badge of honor that told everyone that you were tough and durable. We always felt like the regular season mattered, but I’m not sure today’s players, as a whole, feel the same way. I know for a fact that many don’t. LeBron always has.

We first started hearing about load management with Gregg Popovich and the San Antonio Spurs. When Tim Duncan and Manu Ginobili were getting up there in age, Pop limited their minutes because he wanted to extend their careers. It seems like it worked. But there’s such a big difference between that and teams sitting healthy, young players down because they’re afraid of guys playing too many minutes.

It’s crazy that it doesn’t really seem like that was a concern for LeBron in the early stages of his career and he’s lasted so long. He’s obviously the exception, though. That’s why he’s LeBron.

In the end, it makes me wonder how much we can actually control whether guys get hurt by limiting their minutes or if it’s as simple as some guys’ bodies not be able to withstand the punishment they get over the course of a long season. At the end of the day, everybody and everyone’s body is somewhat unique, and although Father Time will eventually get the best of all of us, for everyone, it happens on their own clock.

LeBron obviously still has a lot of sand left in that hourglass.