Diver rescues turtle from nylon cord wound around its flippers. 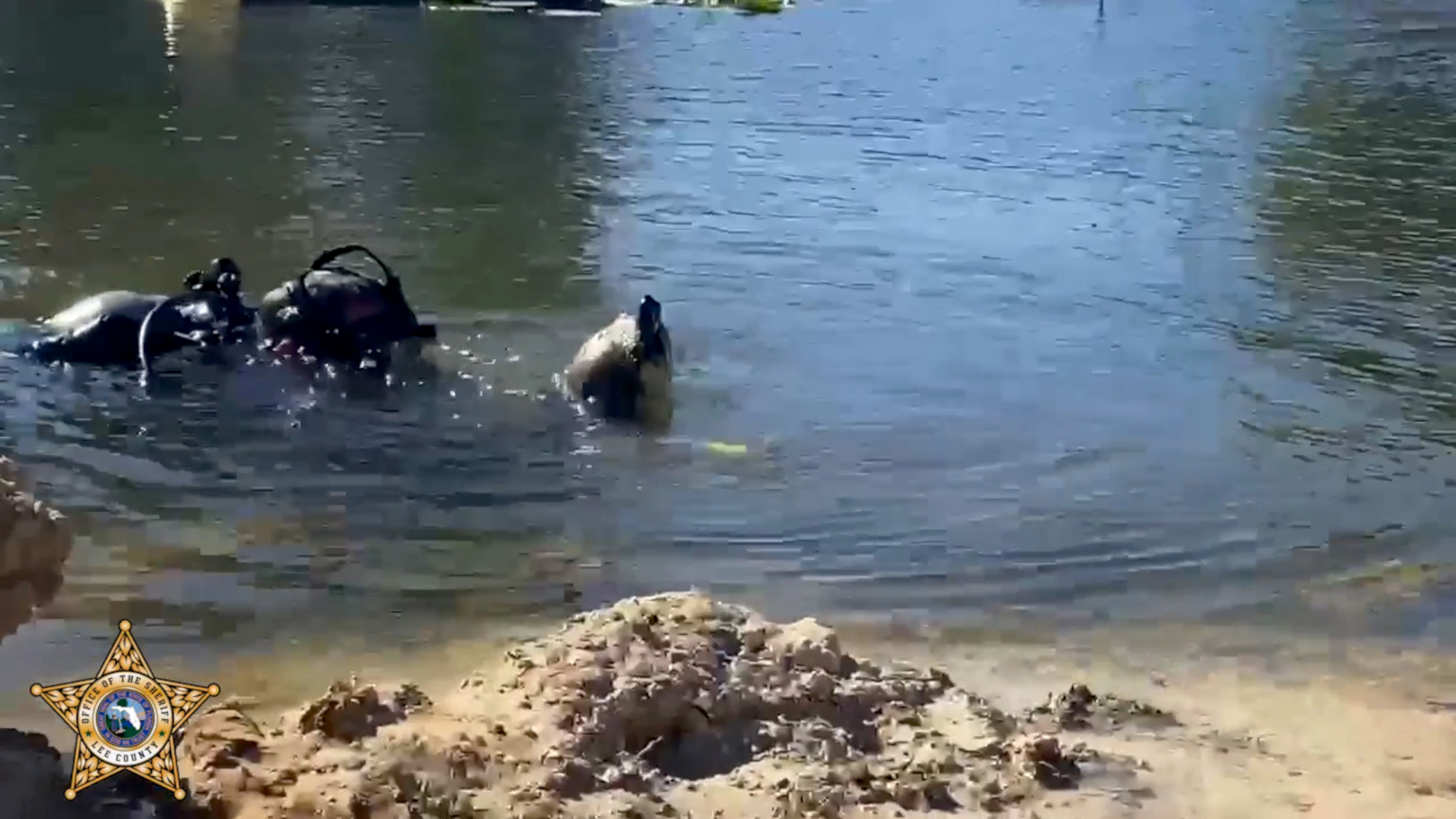 A snapping turtle was saved from a canal after it was found tangled in a fishing line during a police training exercise.

The footage, shared by the Lee County Sheriff’s Office, shows an officer, named only as Deputy Scozzafava, diving and helping to free the turtle.

The officer struggling to remove the impediment around the turtle, which can reach a shell size of 20 inches as adults. An off-camera colleague asks Scozzafava if he needs a knife.  At that point, the turtle can be seen retracting its head inside its shell. The deputy then removes his diving mask as he appears ready to emerge from the water.

“While conducting training in the Cape Coral canals, one of our dive team members swam across a snapping turtle in distress. The turtle was tangled up in fishing line and had a hook stuck in its mouth.”

The sheriff’s office said that Dep. Scozzafava was able to untangle the turtle and safely remove it from the water.

“The turtle was taken to Chiquita Animal Hospital, where it will be transferred to CROW (Clinic for the Rehabilitation of Wildlife) to receive the spe-shell treatment it needs,” the statement said.

The current health status of the turtle, part of a species that is usually aggressive, is unclear. It is unknown if the aquatic animal will be strong enough to be released back into the wild. When they encounter humans in the water, snapping turtles tend to be passive and avoid confrontation. However, they can be vicious if confronted or captured on land.

Snapping turtles, which are omnivores, weigh between 10 and 35 pounds. They are found as far north as Canada and as far south as Florida. They tend to live in ponds and streams, with many electing to live in estuaries.

Despite being listed on the International Union for Conservation of Nature’s Red List of Endangered Species as a species of least concern, in Canada, snapping turtles are listed as a species of Special Concern and hunting them is banned.  In addition to the loss of their wetland habitats, snapping turtles are especially vulnerable to dying on roads, according to the Nature Conservancy Canada.

The snapping turtles mate from April to November and typically deposit 20 to 40 eggs in concave nests dug by the female.