VIDEO: Get Me Ouch Of Here! Kind-Hearted Cops Free Trapped Senior From Brambles 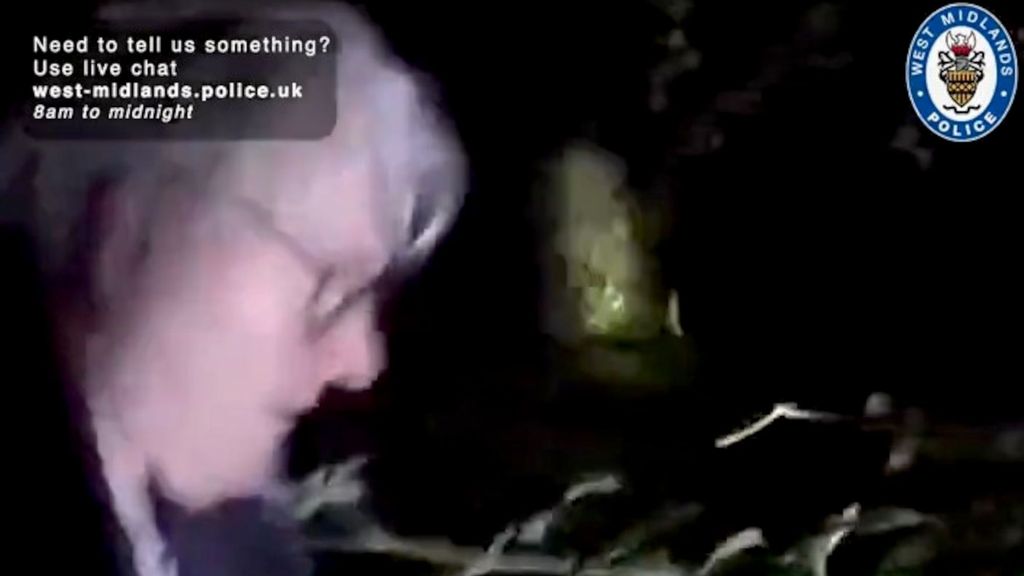 A man identified only as Lynton fell into a ditch in the darkness and got tangled in brambles in North Warwickshire, England, on Nov. 12. He was missing for around three hours before being rescued by police. (West Midlands Police/Zenger)

Video shows a 76-year-old man in England being rescued by police after he fell into a ditch and got tangled in brambles.

“We’ve released a video showing the moment our officers rescued a missing pensioner who feared for his life after getting trapped in dense shrubland,” West Midlands Police said in a statement accompanying the video. The rescued man, identified only as Lynton, “strayed off course when out walking in fields near Coleshill [in North Warwickshire] on Nov. 12.”

Lynton “got into real difficulty after falling down a ditch in the darkness and getting tangled in brambles,” West Midlands Police said. “He called his son who raised the alarm with us.

“Thankfully, we managed to trace Lynton’s phone signal shortly before the battery went flat which pointed to a wooded area near the M6 and Collector Road. Search specialists from our [airborne] Operational Support Unit began scouring the area and were guided towards a heat source down an embankment.”

Police Constables Lee Parker and Adam Kendall found Lynton, who had been missing for about three hours, curled up in a ball. Police said he told the officers “I was about to give up.”

“I live in Peterborough and drove straight over; when I got there I couldn’t believe how many police were helping with the search. It was amazing when I saw the torchlights, and they appeared with him.

“Another hour in there on his own and it may have been a different story. I can’t thank the officers enough for what they did to save him,” Bradley said. “One of them said it’d made their year finding him alive, and that’s really struck me how much they cared and desperately wanted to find him.”

Paramedics at the scene checked Lynton, and said that apart from scratches — and a sore foot as he lost a shoe in the fall — he wasn’t seriously injured.

West Midlands Chief Superintendent Sarah Burton said: “It was a great team effort to find Lynton … This was a challenging area to search, a vast area of fields with thick set borders, deep trenches, water and dense undergrowth.

“Their combined professionalism, dedication and commitment undoubtedly saved his life. All the officers involved should be very proud of their actions.”