Paul has been a key leader for the Suns on their 16-game winning streak. 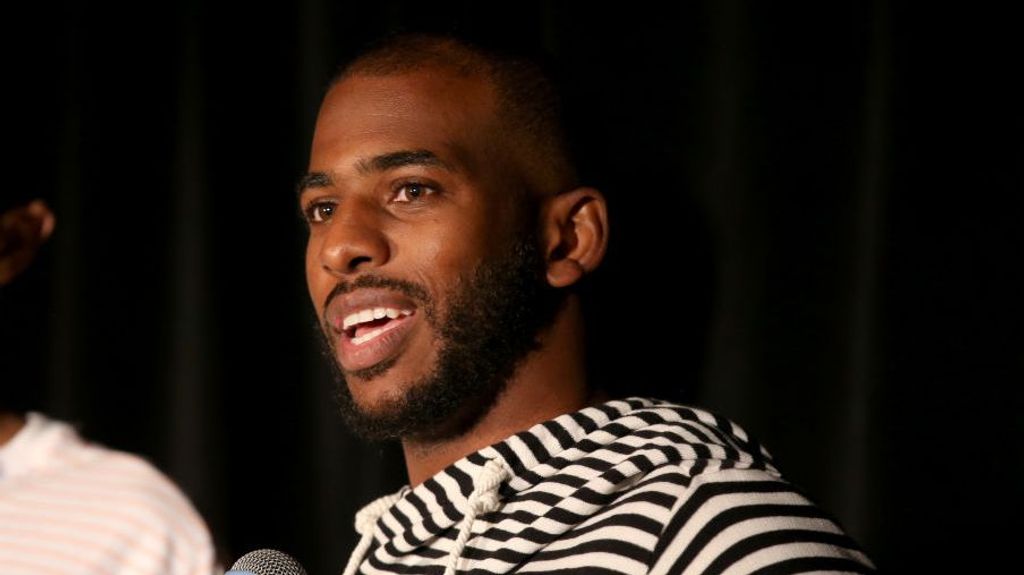 With or without a championship, Chris Paul is an all-time great and a player that the younger generation should aspire to be like. (Phillip Faraone/Getty Images for Bleacher Report)

The Suns are shining, and there’s simply no other way to put it. They’ve won 16 games in a row and truly look like a team that’s on a mission.

I just got two words for you: Chris Paul. His impact on that team and their development can’t be denied, especially after last season’s run.

Anyone who knows me knows that it’s no secret that I got love for CP. I made the case for why I thought he should’ve been Most Valuable Player last season, but the voters felt differently.

I can’t be mad, though, because Nikola Jokic did have a great regular-season run.

The key words, though, are regular season.

I know, I know, the MVP award is for the regular season, but when we talk about Chris’ legacy, we can’t ignore what he was able to accomplish with Phoenix in the playoffs last year.

What I realize after playing in the league for 12 years, and coaching for five, is that your critics are always going to find something negative to say. There are a lot of guys out there who think that the Suns getting to the Finals last year was some kind of fluke, ignoring the fact that injuries have always been a part of the game.

This season, though, Phoenix looks determined to prove that it was no fluke.

I wonder if those same critics are now gonna try to find a way to discredit the fact that he was named to the NBA’s 75th Anniversary Team?

It’s been a couple months since I spoke to Chris, and the next time I do, I’ll be sure to tell him congratulations. His receiving that honor is a testament to his greatness and, in my opinion, showing that you can become regarded as an all-time great player while playing the point guard position the right way.

In recent times, we began falling in love with the scoring point guards and the shoot-first point guards. Those guys with explosive athleticism and blinding quickness. And that’s no knock on those types of players, but from the time I became Chris’ teammate in New Orleans, I saw firsthand that while he wanted to win, he never really looked at winning as the pursuit of an individual goal.

Chris never really approached the game with an “I gotta do this” mindset, it was always “we,” and as a result, he always wanted to make sure he got guys the right shots, put guys in the right positions and executed plays and the game-plan the way they were supposed to. He was never concerned about how many points he scored or the stat sheet. His mindset has always been “just win, and everything else will take care of itself.”

He was just always the ultimate teammate.

When my time in Boston came to an end after we won the championship in 2008, I was fortunate to end up in New Orleans. New Orleans was coming off a 57-win season, and CP and I already had a great relationship. He already commanded my respect, and everything just fell into place at the right time.

What I remember most about being Chris’ teammate was how he prepared for every game. He always knew the game plan, always knew the strengths and weaknesses of the opposition and truly was an extension of the head coach. He knew his assignments and his teammates’ assignments and he would usually be the one to help you out if you had trouble executing. He really was a floor general.

The funny thing, to me, is that Chris has really always been the same player. He’s always been solid, and everywhere he’s gone, he’s had success. It seems like he literally had to prove the doubters wrong over and over before people wanted to give him his flowers.

For him to help take that Oklahoma City Thunder team to the playoffs and then the Suns to the Finals&mldr; It just became impossible to try to ignore the way that he’s been able to elevate every franchise he’s played for. That kind of impact has always been how I define “value,” which is why I felt so strongly about him as MVP last year.

All the talk today is that in order to be a great player, you have to have a championship ring. It used to be cool to be a great player with good numbers who balled out of control, but not so much anymore. In the past, we were really more so concerned with maximizing our individual potential, but the standard has changed. Now, without a ring, it kind of dims the light on what you were able to do in the league, and it’s so unfortunate.

With or without a championship, CP is an all-time great and a player that the younger generation should aspire to be like. Especially young point guards.

Now, fortunately, that’s becoming clear; it’s no longer anything that can be denied.

The 2021-22 season is still pretty young, and the Warriors also look like they’re on a mission. It would be a treat to see them and the Suns square off in a playoff battle, but we have a long way to go before we start thinking about that.

What I do know, is that everything has to fall into place for your team to end up being the one that gets the trophy. The Suns are obviously among the few teams that have a legit shot at being the last one standing, but whether they are or not shouldn’t impact the way that we view Chris Paul or his legacy.

One of the 75 greatest to ever do it, my brother deserves all of our respect. From New Orleans to Los Angeles, to Houston, Oklahoma City and Phoenix, he’s earned it, and then some.

All praises due to the Point God.

«Previous Post
Shawn Porter Calls Gervonta Davis ‘The Best Fighter At 130, 135 And 140’ Pounds»Next Post
The Orlando Magic Are Finding Their Frontcourt Of The Future