Tall order for zookeepers as pair are transported in a special trailer. 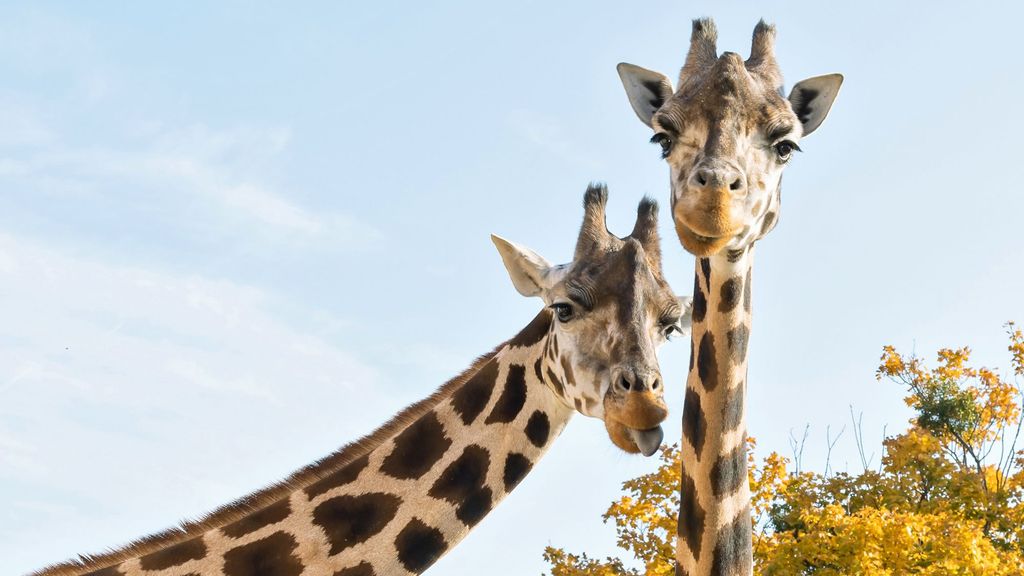 Female giraffes Carla and Rita are now living in a new giraffe enclosure at the Tiergarten Schönbrunn zoo in Vienna. (Daniel Zupanc/Zenger)

Two female giraffes have been moved to the giraffe park at a zoo in Vienna after two other giraffes they lived with in an alternative area are no longer there.

“Our giraffes Sofie, Fleur and Obi were amazed on Thursday [Nov. 25]: the females Carla and Rita have moved into the giraffe park,” said officials at the Tiergarten Schönbrunn in Vienna, the world’s oldest zoo.

“The two long-necked animals have long been part of the Schönbrunn animal population, but before the facility was converted, they moved with the giraffe bull Kimbar and the young animal Lubango to an alternative area around the corner from the zoo.

“Lubango moved to the Naples Zoo in 2016 as part of the European Endangered Species Program. Kimbar, for a long time the oldest giraffe bull in Europe, could no longer be transported due to age after the completion of the newly designed giraffe park in 2017. That is why he stayed in the alternative area until his death in mid-May, at the old age of 28 — with Rita and Carla by his side.”

“Giraffes, especially males, rarely reach over 20 years of age. It was clear to all of us that ‘farewell day’ could come any time. Nevertheless, we are extremely sad,” zoo spokesperson Johanna Bukovsky said at the time of Kimbar’s death.

On Nov. 25, the zoo said: “Early in the morning, Carla and Rita were moved one after the other in a special trailer by an animal transport professional. Now the two groups of giraffes are gradually accustomed to each other.”

“In the wild, giraffes live in larger groups, the composition of which changes again and again. We therefore assume that the merger will be an enrichment for everyone,” said zoo director Stephan Hering-Hagenbeck.

The zoo said that Carla and Rita have been removed from the breeding program and are prevented from breeding following genetic analyses.

“There are several species and subspecies of giraffes, as extensive genome analyses recently confirmed,” the zoo said in the statement. “Sofie, Fleur and Obi are reticulated giraffes. Analyses of Carla and Rita have shown that subspecies have intermingled over the course of their family tree.”

The zoo said the area where the giraffes were housed may continue to be used by the zoo “as an urgently needed alternative quarter.”

“There are currently two zebra mares living there: One mare could not stay with the group due to tensions, the second is with her for company.

Before for anyone hoping to visit the herd of giraffes, the zoo says “you have to be patient.”

The zoo has been closed again since Nov. 22 due to another nationwide lockdown. For the Vienna Zoo it is the fourth COVID-related closure in the past two years.

«Previous Post
VIDEO: I Can Spot You: Amur Leopard Cub Plays Hide And Seek With Mom»Next Post
Banding Together For The Safety Of Birds