New military satellite fired into space is the first launch since Moscow stunt put the International Space Station in danger. 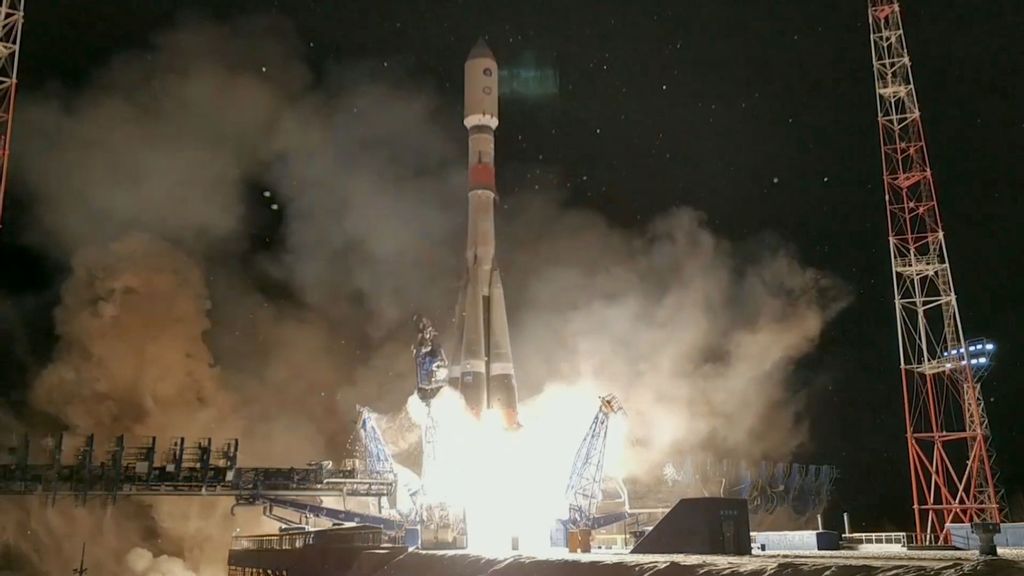 Launch of the Soyuz-2.1B rocket carrying an early-warning satellite from the Plesetsk Cosmodrome, in Russia. (Ministry of Defense of Russia/Zenger)

Russia successfully launched a rocket carrying a military satellite system into space from the same cosmodrome that recently fired a missile that blew up a satellite and put the crew onboard the International Space Station in danger.

The Soyuz-2.1B medium-class carrier rocket took off carrying the Tundra 15L early-warning satellite from the Plesetsk Cosmodrome in the Arkhangelsk region of Russia on Nov. 25, the Russian Ministry of Defense said in a statement.

The last launch from the cosmodrome 10 days earlier resulted in an anti-satellite missile known as the “Nudol missile” firing at a defunct Soviet Tselina-D ELINT satellite.

“The Russian Ministry of Defense successfully conducted a test on Nov. 15 that hit the non-operational Russian spacecraft Tselina-D, which had been in orbit since 1982,” the ministry said in a statement.

The missile was fired as a test of the anti-satellite weapon’s capabilities. It destroyed the satellite, which resulted in debris being blown toward the International Space Station (ISS).

The incident made headlines when U.S. space agency NASA announced that the debris could end up hitting the space station and put the Expedition 66 crew on board in danger.

“Earlier today, due to the debris generated by the destructive Russian Anti-Satellite (ASAT) test, ISS astronauts and cosmonauts undertook emergency procedures for safety,” NASA Administrator Bill Nelson said in a statement at the time.

“Like Secretary [of State Antony] Blinken, I’m outraged by this irresponsible and destabilizing action. With its long and storied history in human spaceflight, it is unthinkable that Russia would endanger not only the American and international partner astronauts on the ISS but also their own cosmonauts.”

The Russian Ministry of Defense responded to the accusation by stating that the debris did not pose any danger to the space station and that Washington was well aware of this. It noted the United States, China and India have carried out similar missions in the past.

The Tundra 15 is an early warning satellite that will join the four Tundra satellites currently orbiting Earth. The satellites are able to detect ballistic missile launches that may be heading toward Russia.

The Plesetsk Cosmodrome is regularly used by the Russian military to launch satellites and missiles into space and has been in operation since 1957.

This was the 69th launch of the Soyuz-2.1B rocket, and the mission was made possible by over 40 ground-based measuring devices and more than 70 combat crews of Russia’s 15th Army of the Aerospace Forces.