International dealers had their own packing center to send cannabis buds to other countries. 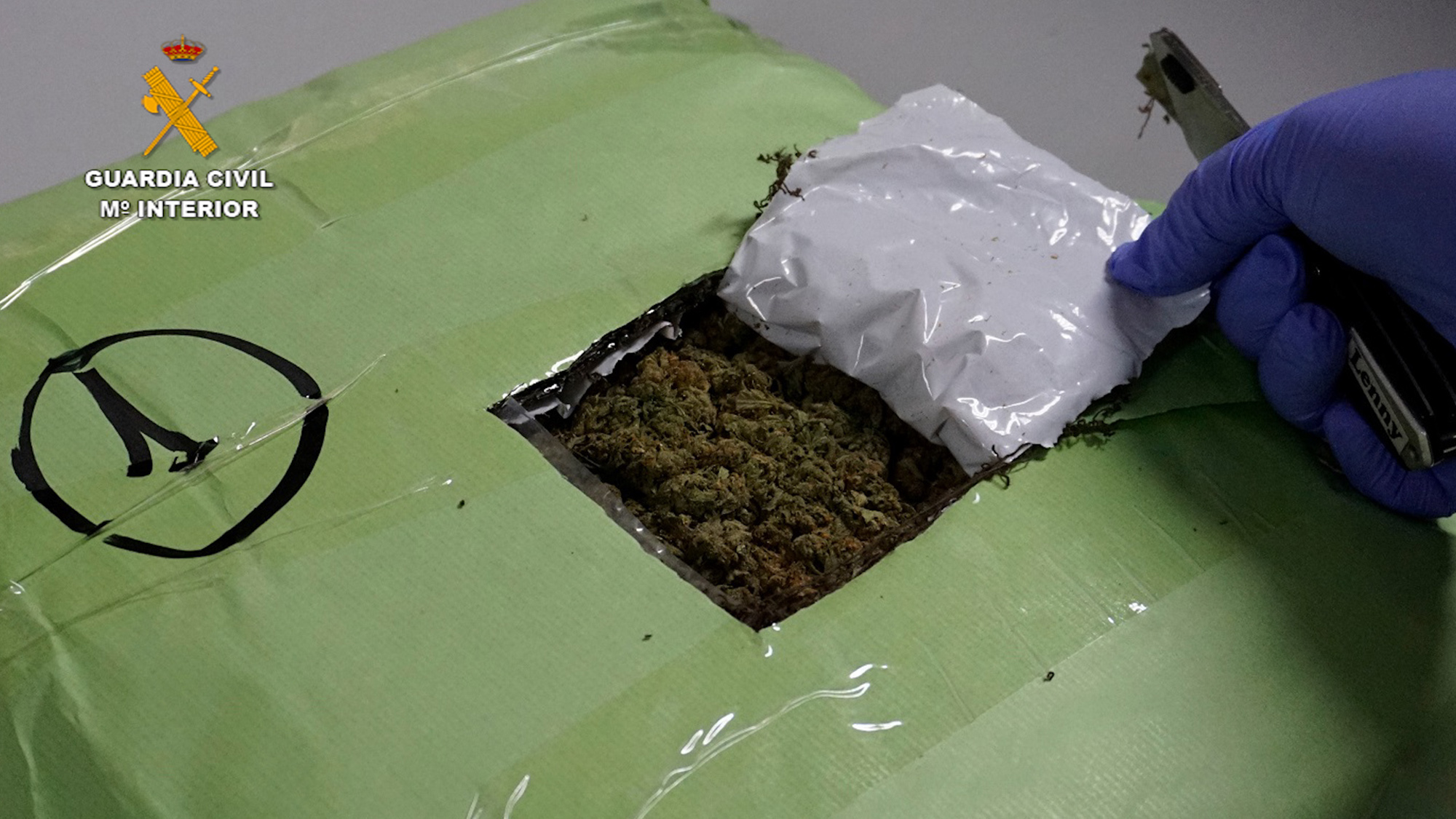 Some of the cannabis cache found when police in Spain broke up an alleged international trafficking organization this month after an investigation that started in May 2020. (Spanish Civil Guard/Zenger)

An international trafficking gang that sent cannabis to the U.K. and other countries using courier services and vacuum-sealed packaging has been busted in Spain.

The organization is also alleged to have engaged in human trafficking after an unnamed Vietnamese citizen was found in a “deplorable hygienic sanitary condition.” That person was briefly detained and then freed without charge, police said.

“Four intensive cannabis sativa plantations have been dismantled,” the Spanish Civil Guard said in a statement on Nov. 21.

The Spanish Civil Guard said they arrested 15 people. The suspects have been charged with belonging to a criminal organization, drug trafficking, trafficking in human beings, document forgery, money laundering and fraud, among other charges.

Police said they conducted seven raids in Spain and seized more than 6,600 cannabis plants, more than 103 pounds of dried cannabis buds, and nearly 10,000 euros ($11,000) in cash, as well cash in Chinese and Hungarian currencies, and seven luxury vehicles.

Police said in a statement on Nov. 21 that the criminal network was engaged in trafficking “large quantities of cannabis sativa buds to European countries” and that the organization was the subject of so much demand for its services that the suspects opened a special branch in a house in Seville, Spain, which served as a packaging and distribution center. It was from this center that the drugs were shipped abroad, police said.

Drugs were sent to the U.K., the Netherlands, Belgium and France, Spanish police said. It is unclear whether the criminal organization was sending only drugs or if the suspects were engaged in human trafficking to other countries as well.

Police said three suspects were arrested in the town of Roquetas de Mar in the province of Almeria in southeastern Spain, when they allegedly tried to send several packets of cannabis to other countries using a transport company.

After these arrests, the Spanish police said, they were able to dismantle the rest of the organization.

The authorities, in consultation with a Spanish electricity company, which was not named, said that electricity had also been stolen in order to run the cannabis plantations. They said the suspects stole more than $56,000 worth of electricity from the grid.

“The investigation began in May of last year, when the Civil Guard learned of the existence of a possible point of intensive cultivation of cannabis sativa inside a warehouse of an industrial estate in the Albacete town of Chinchilla de Montearagón and another in the town of La Gineta,” the civil guard’s statement said.

“Continuing with the investigations, the agents were able to identify the members of the organization, while drawing up the organization chart, detailing the degree of responsibility and tasks carried out by all of them, verifying a criminal network, dedicated to cultivation, purchase and export of large quantities of cannabis sativa buds to European countries.”