Suspect bungled his plan by leaving a market receipt inside the suspicious package. 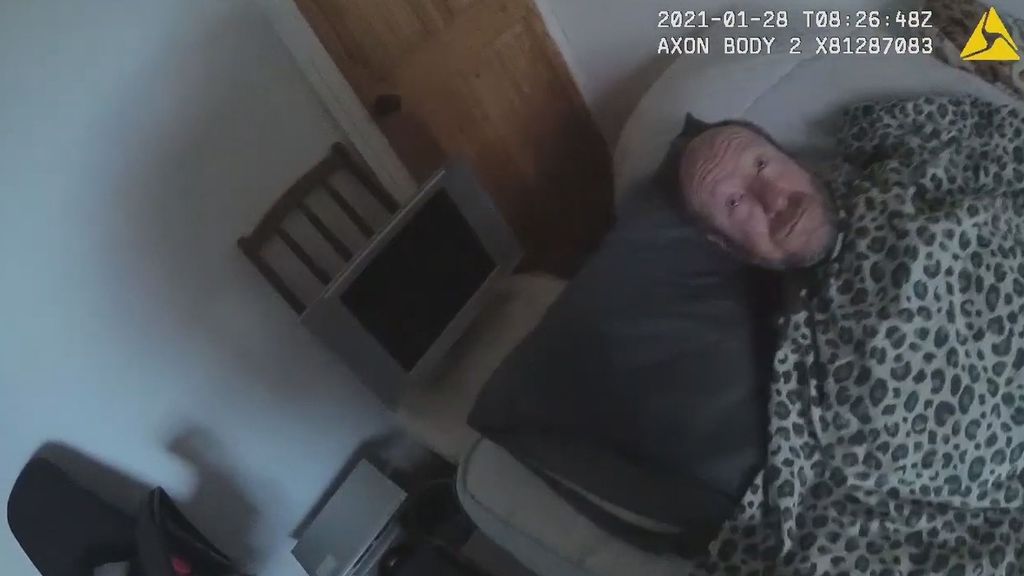 Kent Police officers arrested Anthony Collins after CCTV footage matched him to a receipt left inside a hoax bomb package sent to a factory producing a COVID-19 vaccine in Kent, England. (Kent Police/Zenger)

A man who sent a fake bomb to a COVID-19 vaccine factory has been jailed for two years and three months.

The man, identified as Anthony Collins, stopped production of the Oxford-AstraZeneca vaccine when the fake bomb was discovered at the Wales factory on Jan. 27.  2021.

Collins, who is from Chatham Hill, in Kent, England, was found guilty at Maidstone Crown Court on Nov. 24.

About 120 people had to be evacuated from the Welsh plant when staff discovered the suspicious package and contacted police. They then evacuated all buildings within a 328-foot radius and called in the bomb-disposal experts.

Workers were only allowed to return after the parcel was detonated. The decision to carry out a controlled explosion was based on an X-ray that indicated the package contained objects that could be bomb components.

A later examination revealed it was harmless. Along with the objects meant to confuse the experts, there was also a supermarket receipt and a letter.

The receipt allowed officers to visit the store where closed-circuit television images showed Collins as the person who made the purchases.

He was arrested by Kent police officers, where he was put on trial. Other evidence included a book that had pages missing, later found with the hoax bomb.

Officials at the factory said production was delayed only briefly. Once the package was identified, several other packages of a similar nature were also identified by the post office. They were stopped before reaching their targets.

Despite pleading not guilty, Collins revealed details of what was in the box that only the sender could have known. He later admitted sending it, but gave no reason for his actions, only saying it was not meant to be seen as a bomb.

Detective Inspector Adam Marshall, Kent Police’s senior investigating officer for the case, said: “Collins was fully aware of the impact his actions would have and chose to impede the vaccine rollout when the program was still in its infancy.

“Although the device he sent was not a viable explosive, the people at the site had every reason to believe there was a threat to their safety, and they acted in a diligent and thoroughly appropriate way.

“Thankfully, the disruption Collins caused was not substantial, but his actions were an unnecessary distraction. I am pleased we have been clearly able to prove his guilt and that he has been held to account.”