VIDEO: Paneful: Police Seize Suspect Who Tried To Run Through Window But Just Bounced Off 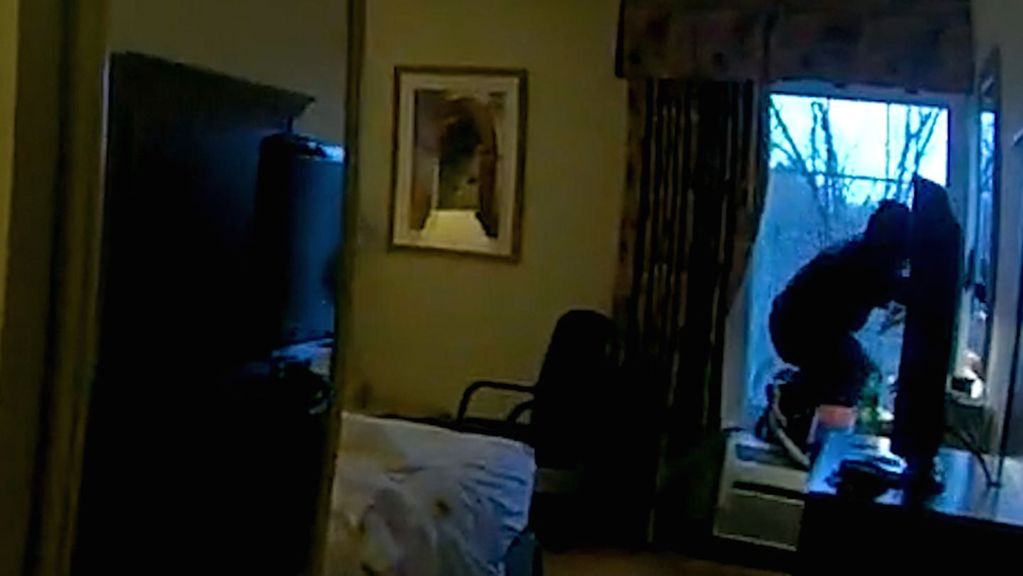 A suspected rapist in Ohio tried to escape police by smashing through a hotel room window, but the pane failed to break and instead sent him flying back at the officers.

The suspect, Onjre Damon George, 20, then apologizes for the escape attempt and pleads with the cops not to use their stun guns.

According to the Blue Ash Police Department, George was being investigated for allegations of kidnapping, assault and rape.

The two officers were sent to the suspect’s sixth-floor room at a hotel in Blue Ash, a northern suburb of Cincinnati, on Nov. 21. Authorities were summoned by a call from a hotel employee concerned about the well-being of a woman staying with George.

The worker became suspicious of George after the woman, who is believed to be his victim, looked sick and uncomfortable while walking back to the room and used body language to gesture that she needed help.

Once on the scene, police questioned George at the doorway of his hotel room. According to the police report, George repeatedly put his hands in his pockets, and he was asked to remove them. The officer’s body camera captures the moment he tries to grab George’s arm to arrest him, at which point George tenses up in preparation for an escape attempt.

George pulls his arm from the police officer’s grasp and sprints across the hotel room directly toward its window. He then throws himself at the window — at which point a loud thud can be heard and the suspect is seen bouncing back into the room.

The window has an air-conditioning unit at its base, so it did not lead to a balcony. That means if George had succeeded in breaking through the window, he would have fallen some 60 or more feet to the ground, unless he struck any lower-level structures or awnings sticking out from the side of the building.

The police immediately pull their stun guns, causing George to react by quietly apologizing and then pleading with the officers not to fire the weapons. They don’t, and George is handcuffed behind his back and led away.

After a visit to the hospital to check for any injuries from his escape attempt, he was taken to the police station and charged with rape, kidnapping and assault.

“We want to assure the public that this was not a random kidnapping,” said Scott Noel, Blue Ash Police Chief. “The victim and suspect were known to each other.”

The investigation is ongoing; no further information was available on the woman who had been with George.