Unfortunately For The Urgency-Lacking Lakers, Every Game Counts

At 9-10, the Lakers trail the field out West. Will they be able to make up ground and earn a top seed by playoff time? 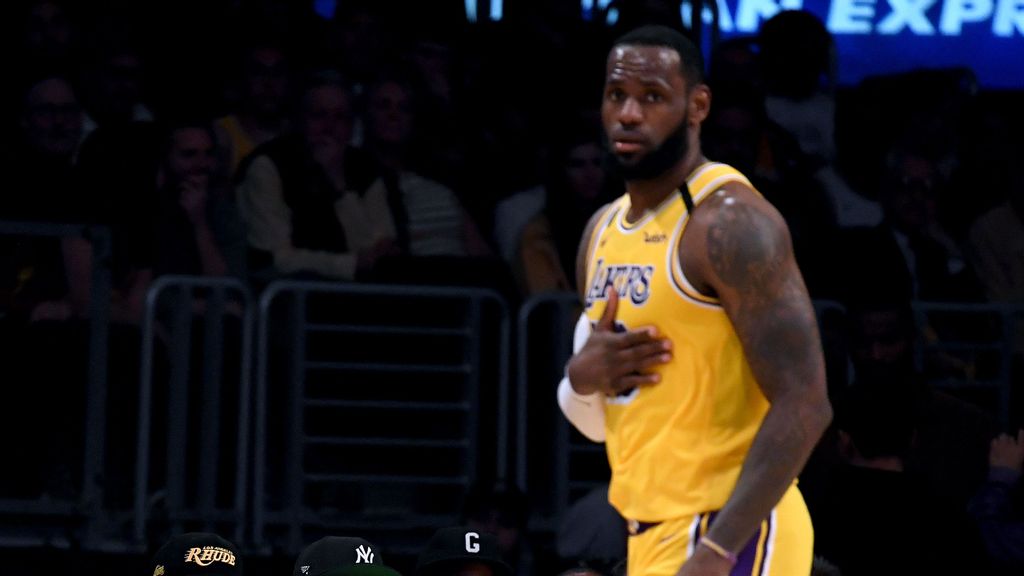 By virtue of a 106-100 loss to the New York Knicks on Tuesday night, with LeBron James missing in action, the Lakers will celebrate Thanksgiving Day as one of the Western Conference’s non-winning teams. (Harry How/Getty Images)

Who had that in the office pool?

By virtue of a 106-100 loss to the New York Knicks on Tuesday night, the Lakers will celebrate Thanksgiving Day as one of the Western Conference’s non-winning teams, and you’ve gotta kinda wonder not when they’ll get it together, but if.

LeBron James was missing in action and Anthony Davis was under the weather, but the Lakers were noticeably missing the necessary pep in their step, as they fell behind New York by 25 points in the first half on Tuesday. They battled back valiantly in the game’s second, but simply didn’t have enough to overcome a determined Knicks team.

“They jumped out, made some shots, we weren’t playing hard enough. Simple,” Russell Westbrook said after the contest.

“When we decided to play harder, you saw a significant difference.”

One can only wonder what on earth the Lakers are waiting for.

Said differently: the Lakers are not good.

Head coach Frank Vogel is obviously still trying to figure out his rotation and help the team form an identity, but that’s something every coach grapples with. And in the Western Conference, every game counts. The Lakers learned that the hard way last year.

If there is a silver lining in the Lakers’ 1-3 road trip — which will conclude on Wednesday night — it’s that Westbrook himself has at least shown that he can in fact be productive under Vogel.

From an individual standpoint, he’s put together one of his better five-game stretches of the season and will be coming off of a 31-point, 13-rebound, 10-assist triple-double against the Knicks. He shot 10-for-18 from the field, including 3-for-6 from three-point territory. In his last five games, Westbrook is averaging 22.6 points, 7.2 rebounds, 9.8 assists and 1.4 steals on 46% shooting.

If nothing else, the Lakers at least hope that it represents a light at the end of the tunnel, because any chance of a championship this season starts and ends with Westbrook, LeBron and AD all figuring out how to be productive alongside one another. We know that Davis and LeBron are an awesome tandem. Westbrook’s addition has long been the question mark.

Thus far, James has missed 11 of the team’s 19 games, limiting him and Westbrook’s on-court opportunities together, but the point guard does believe that he is at least developing some chemistry with Davis.

“It’s a process for everybody, including myself,” Westbrook said after the Knicks loss.

“The pace, the speed. As the season goes along, I tell the guys, for me, my pace picks up ’cause I just want to keep going and going. And for the guys in the locker room, it’s my job to be able to read them as well and make the game easier for them as I’m playing.”

As far as his synergy with Davis specifically, the duo had an opportunity to play off of one another more than they have with LeBron in the lineup. That partnership seems especially important since, in theory, Westbrook’s presence should allow James to play off the ball more as a means of conservation. Obviously, though, Westbrook and Davis need to prove that they can flourish together.

“It’s a lot better,” Westbrook said of his ability to play off of Davis.

Against New York, Davis was 7-for-17 from the field, ending the night with 20 points, 6 rebounds and 3 assists. He was limited by his illness, but did play a role in the Lakers rallying and nearly pulling off what seemed to be an insurmountable comeback.

With the loss, the Lakers dropped to just 4-7 in the 11 contests James has missed this season. And with only three returning players from last season’s team, the Lakers can’t really afford to continue to tinker with their lineups in the name of “figuring things out.”

The real quandary for the Lakers is the fact that time is not necessarily on their side. The Western Conference is being paced by the Golden State Warriors and the Phoenix Suns, but there are at least 12 teams that have legitimate hopes of earning one of the eighth playoff seeds. As usual, the fight for the higher playoff seeds will be intense and competitive.

Recall that last season, the Lakers finished up 42-30 — the same record as both the Dallas Mavericks and Portland Trail Blazers. However, by virtue of losing the tiebreaker, Los Angeles ended up with the No. 7 seed. As a result, they had to go to the play-in and ended up drawing the Suns in the first round. One could reasonably argue that if health had been on their side, the Lakers could’ve come out on top against Phoenix. But they didn’t.

What’s more important is this: had the Lakers won just one more game and ended the season at 43-29, they would’ve been the No. 5 seed and played the Los Angeles Clippers in the first round.

Though no walkover, a first-round series with the Clippers would’ve been much more preferable than their date with the Suns. The lesson learned from last season for Vogel and his club is that every single game counts.

So yes, it’s a process, but the Lakers need to view every loss as a missed opportunity to avoid the lower seeds. With nearly 25% of the season complete, Vogel’s team should start resembling a conference contender with an identity, not one still trying to figure out who it is.

Every game counts. And at this point, in Los Angeles, that might start to qualify as bad news for the new look Lakers.