VIDEO: Is That An Eruption I Can See? Angry Cop Busts Naked Male Model Posing By Volcano

A nude man sits for an artist on a beach — until the police chase him away.
By Joseph Golder November 23, 2021
Facebook
Twitter
Linkedin
Email 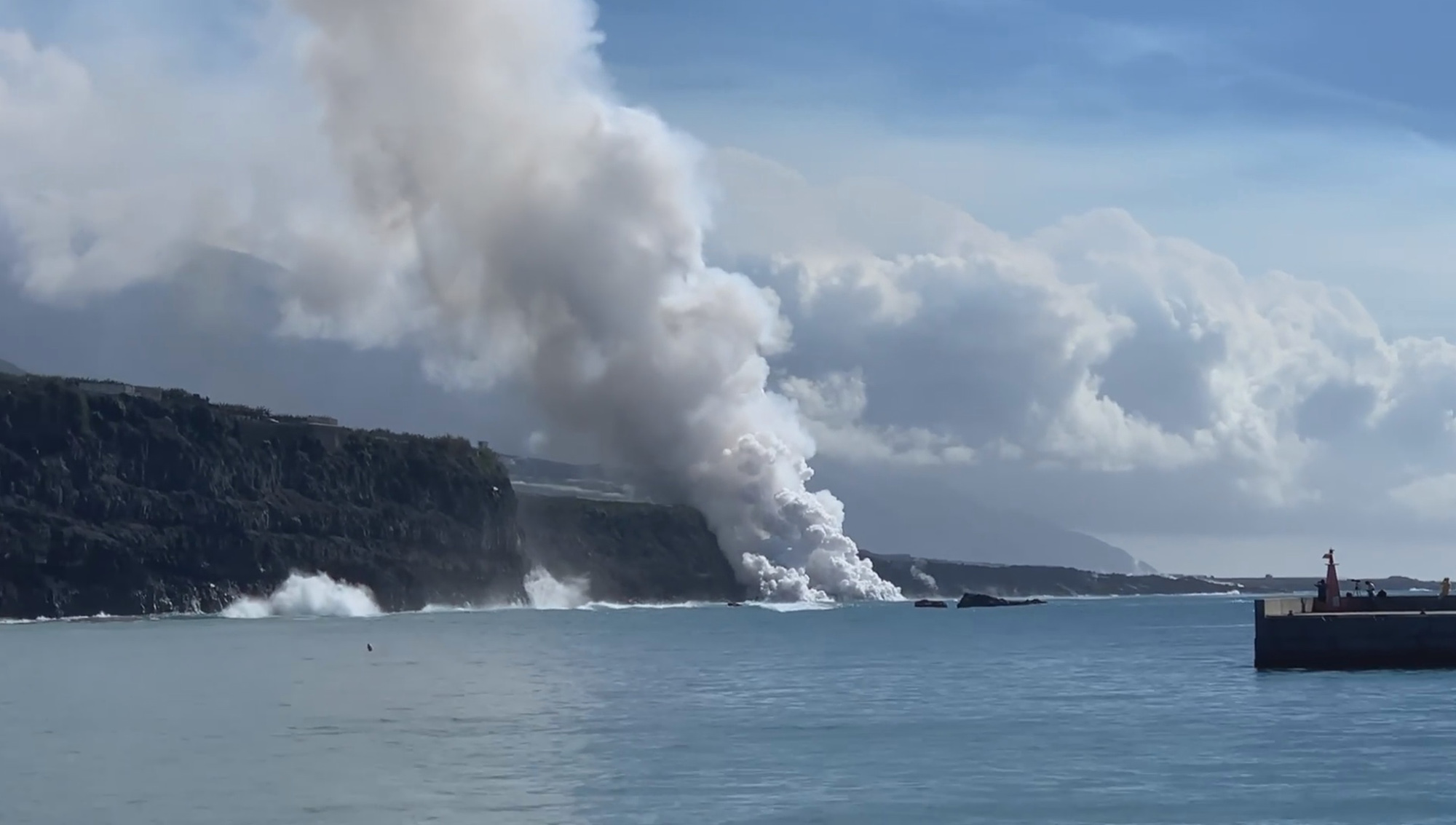 A man was stopped by police for posing naked for an artist with the Cumbre Vieja volcano in the background in the Port of Tazacorte, La Palma, Spain, on Nov. 22. (Marcos Lorenzo/Zenger)

A man posed naked on a beach for an artist with the La Palma volcano in the background, but his modeling ended when a police officer forced him to move.

The incident took place on Nov. 22 in Puerto de Tazacorte, on the Spanish Canary Island of La Palma.

The footage shows the man posing while the artist takes photographs. She also appears to be working on a painting, which can be seen on an easel.

The man is lying on his side with one leg raised and his head resting on his right arm against the backdrop of the lava flow. In the background, a thick plume of smoke or steam is rising out of the water alongside some cliffs, indicating the point where molten lava meets the sea in a boiling mass.

As people filmed the incident from afar, an unnamed police officer walks up to the couple and exchanges words with the nude muse. The officer apparently explained he was not allowed to display his private parts in public.

The nude male hastily gets to his feet and wraps a towel around his waist, shielding his manhood from view and making conciliatory gestures to the officer, indicating he will leave.

Off-camera, a woman said: “No face mask, no nothing.”

A second video shows the lava flowing down the cliff that inspired the artist and her model to try and capture it for posterity.

The Cumbre Vieja volcano on La Palma has been erupting for since Sept. 19. It has caused millions of euros in damage to property and led to the evacuation of 7,000 people from their homes.

The volcanic action has drawn tourists to the island, eager to watch the red flames shoot into the sky. Many also want to help the island’s struggling economy.

The Canary Islands Special Plan for Volcanic Emergencies (Pevolca) has permitted access at certain approved points to the volcano for arriving tourists, who are spending money on hotels, restaurants and car hires.

Since the Cumbre Vieja volcano erupted, lava has covered more than 2,632 acres of land, and as well as destroying thousands of businesses and homes. It has also caused serious devastation to banana plantations. A 70-year-old man was killed Nov. 13 while cleaning up volcanic ash.

Volcanic eruptions formed the Canary Islands millions of years ago. This eruption hit one of La Palma’s few flat spots, making it easier for lava to cover the terrain.