VIDEO: Horror As Mom Used Her 2-Year-Old Tot As Human Shield In Attempt To Flee Cops

After deputies forced her car to stop, woman stepped out, holding her baby daughter in front of her.
By Joseph Golder November 23, 2021
Facebook
Twitter
Linkedin
Email 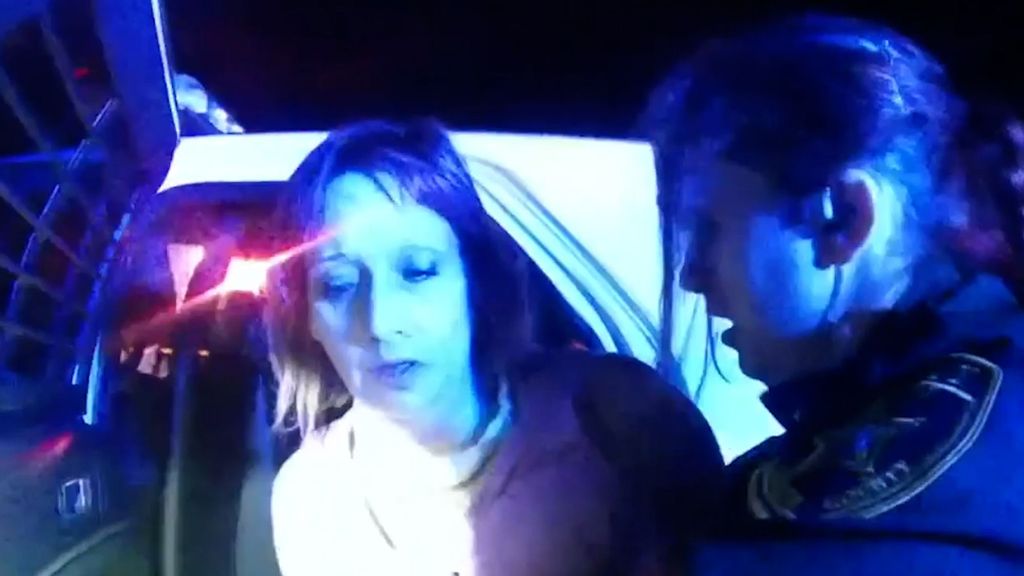 Melanie Consiglio was arrested after she led sheriff's deputies on a chase and allegedly used her 2-year-old as a shield in Marion County, Florida. (Marion County Sheriff's Office/Zenger)

A woman faces criminal charges in Florida after a car chase, allegedly disobeying deputies’ orders and using a 2-year-old child as a shield to try to avoid arrest on Nov. 15.

Video posted online by the Marion County Sheriff’s Office shows the pursuit and the aftermath, when the woman’s car is disabled, and she holds her 2-year-old daughter “as a shield” when deputies attempt to arrest her at gunpoint, before a deputy rushes in to rescue the child.

The footage shows deputies chasing a blue Chevrolet Impala driven by the suspect, identified as Melanie Consiglio, 40, who had outstanding warrants against her for six felonies, the sheriff’s office said.

“After observing the vehicle fail to stop at multiple stop signs, Deputy Griggs [first name not given] attempted to conduct a traffic stop on the vehicle. The driver of the vehicle, later determined to be Consiglio, fled from Deputy Griggs. A pursuit was initiated and Consiglio fled from Griggs for several miles,” the sheriff’s office said.

“During the pursuit, a spare tire on Consiglio’s vehicle popped. Then, Deputy Stringer [no first name given] disabled a second tire through the use of stop sticks. This caused Consiglio’s speed to decrease.”

After the vehicle was disabled, “Consiglio then exited her vehicle, holding a small child in her arms as a shield, while she backed away from deputies and disobeyed their commands to put the child down,” the sheriff’s office said.

“Deputy Fretts [no first name given] then rushed forward and rescued the child from Consiglio’s grasp. Consiglio continued to resist arrest and ultimately Deputy Griggs and Deputy Stringer were able to handcuff her.

“During the melee, two large dogs also escaped from the vehicle.”

Consiglio was placed under arrest for the 10 criminal offenses she committed that night and for seven additional offenses based on outstanding felony warrants, the sheriff’s office said.

During the pursuit, the sheriff’s office said, “the child and dogs were unrestrained in the vehicle. Thankfully, they were unharmed by Consiglio’s decision to flee. The child was released to her family and Animal Control took custody of the dogs.”

Among the new charges Consiglio faces are multiple counts of drug charges, including trafficking fentanyl. She has also been charged with fleeing or attempting to elude, child neglect (without great bodily harm), resisting an officer, and driving while her license was suspended.