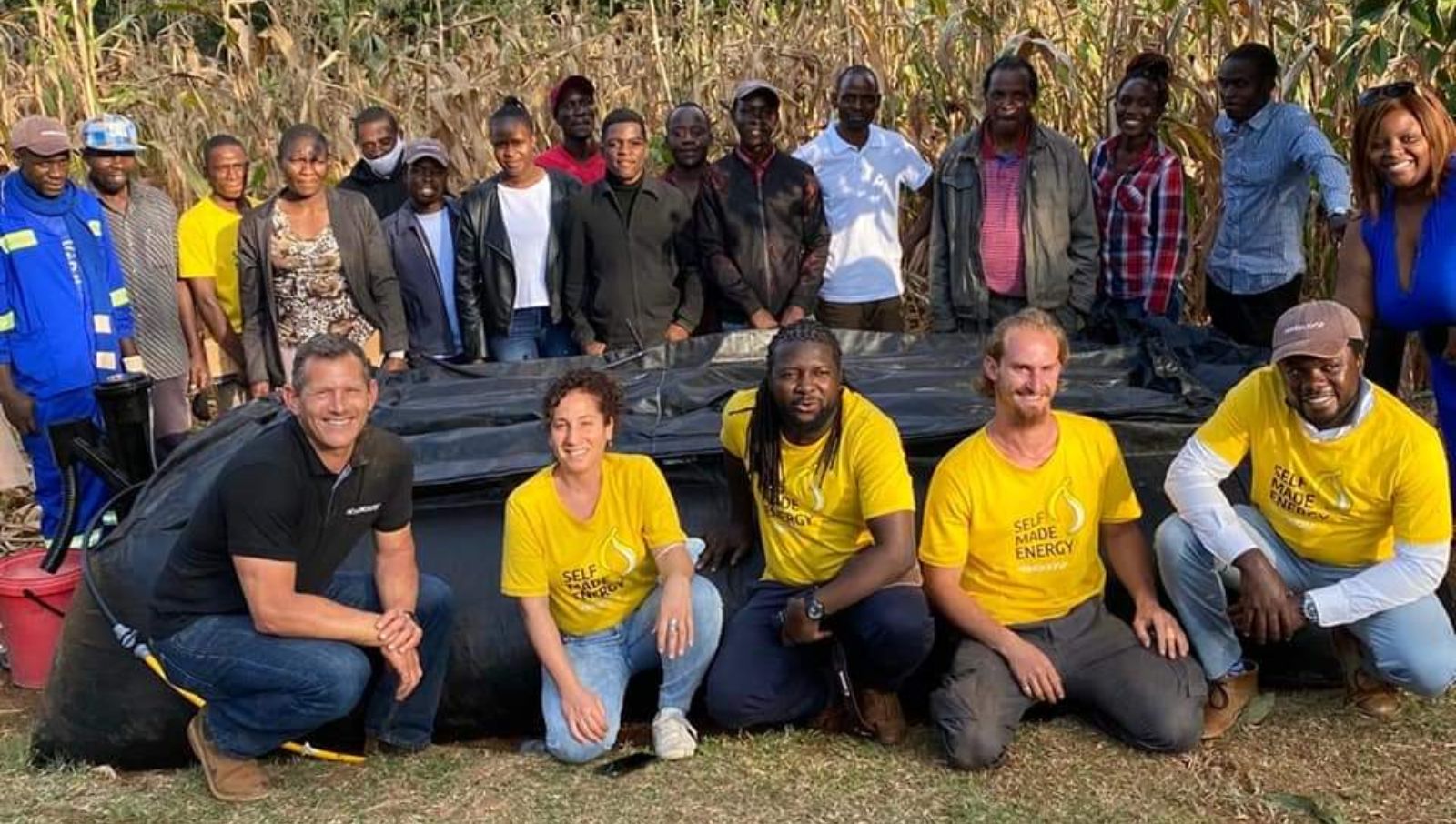 HomeBiogas team members and associates during a pilot to test out the company’s solution in a refugee camp in Africa. (Courtesy of HomeBiogas)

HomeBiogas products channel food leftovers or toilet waste into a tank where bacteria digest and convert them into biogas that flows to the stovetop or is turned into a green fertilizer.

The solution being implemented in the refugee camps treats food leftovers and other organic waste. It is off-grid and requires zero human intervention.

The large quantities of organic waste produced at refugee camps cause not only sanitary and environmental issues but also are expensive to dispose of. The HomeBiogas system allows for disposing of some waste onsite, reducing costs and providing a renewable energy source.

“We are proud that the UN selected HomeBiogas to take on this important project that will have an immense impact on the environment in the refugee camps,” says HomeBiogas cofounder and CEO Oshik Efrati.

“We are now an official supplier of the UN and believe that this tender is the first of many to come that will seek to treat waste in a sustainable way and improve the lives of hundreds of thousands of people living in refugee camps around the world,” he added.

The company soon will begin distributing around a dozen systems to refugee camps in several African countries in an arrangement expected to grow over time.