The November event was the longest partial lunar eclipse since the 15th century. 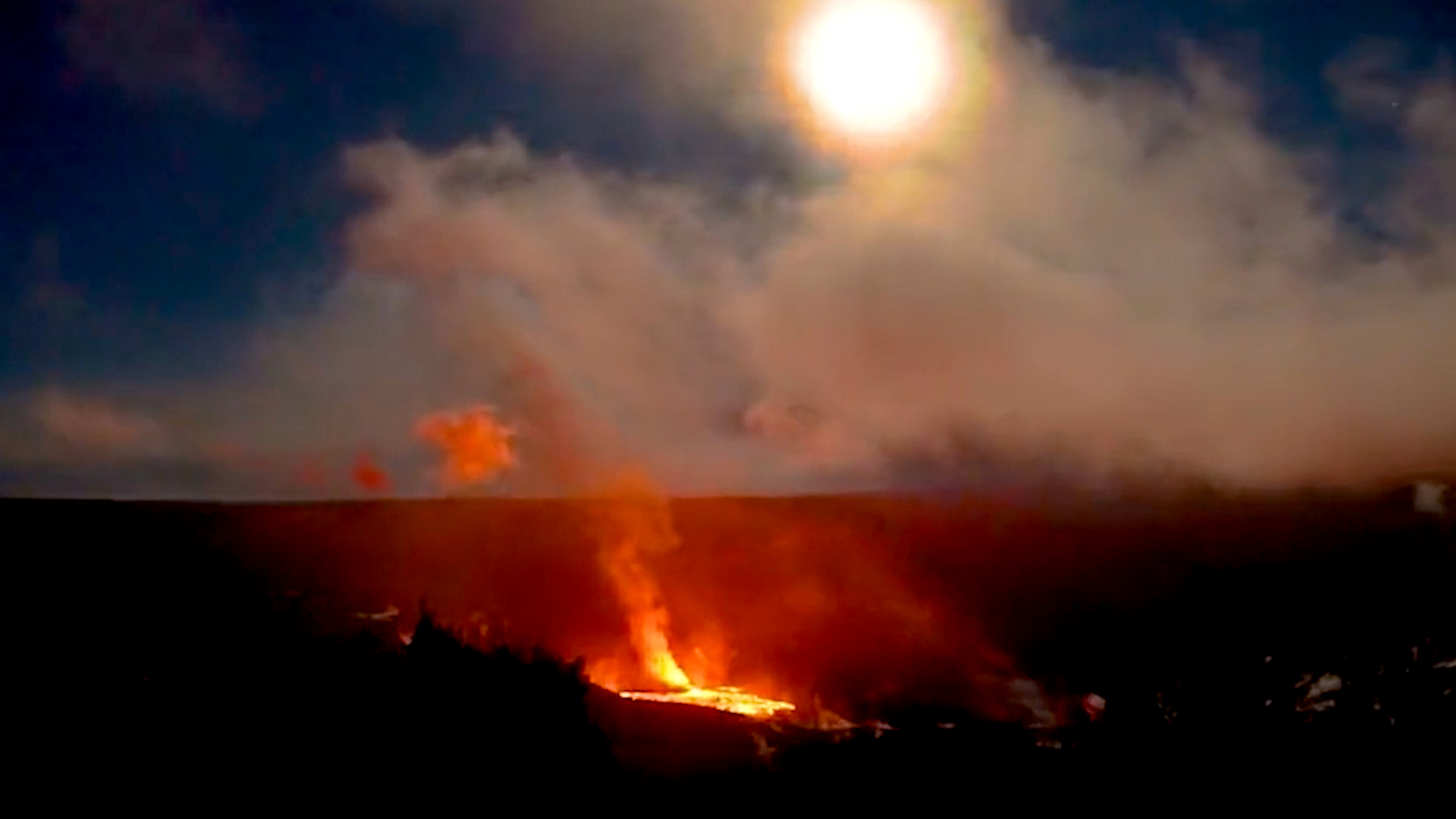 The Nov. 19 partial lunar eclipse was the last lunar eclipse of 2021, and it was especially memorable in the sky above the K&imacr;lauea volcano in Hawaii.

In the striking footage, the moon is shimmering through the smoke from the volcano below. It then regains its full lunar light, shining brightly over the fiery landscape. The eclipse left the moon with a rust red color and only a tiny section was still illuminated before the shadow began to pass away.

This was the longest partial lunar eclipse since 1440. And it was nearly complete — the moon was 97 percent covered by the Earth’s shadow after it blocked the sun’s rays. The event lasted over six hours.

The eclipse was visible from North and South America, Australia, and parts of Europe and Asia. Visibility worldwide depended on weather conditions and line of sight to the moon.

The video of the lava lake was shot from a designated public area during the eclipse.

The dramatic imagery follows the ongoing activity at the K&imacr;lauea volcano, which began erupting Sept. 29. During the initial stages of the eruption, magma shot up to 200 feet into the air before lava started to form a lake, which reduced the explosive height by smothering the vents.

In a mid-November video update from the U.S. Geological Survey, the lava lake, now more than a 100-feet deep, was still churning, at times pouring over the edge of the crater.

The beauty of the moon over the smoldering volcano, however, does not erase the real dangers of K&imacr;lauea.

It is classified by the U.S. Geological Survey National Volcanic Threat Assessment as the volcano “most likely to threaten lives and infrastructure.”

The agency’s most recent threat assessment is made up of 15 hazard factors and nine exposure factors, which resulted in the overall threat rates from all U.S. volcanoes, ranging from the highest at 263, for K&imacr;lauea, and 0 for Fukujin seamount in Japan.

The metrics were created as part of a volcano early-warning system to communicate risk. When the project was completed, 161 volcanoes in the U.S. were accessed and assigned ratings.

K&imacr;lauea’s last major eruption took place between May and September 2018 and led to thousands of local residents being displaced and the destruction of 716 homes.

K&imacr;lauea is regarded as one of the youngest of the Hawaiian volcanoes, believed to be between 210,000 and 280,000 years old, emerging from the sea just 100,000 years ago. Hawai’i, also known as the Big Island, (not to be confused with Hawaii, the state) consists of five volcanoes: K&imacr;lauea, Mauna, Mauna Loa, Hual&amacr;lai and Mauna Kea. K&imacr;lauea is historically the most active.