Christian Rapper Razzie Transformed His Life And His Lyrics

The transition from rapper to Christian rapper caused Razzie to erase his past catalog.
By Percy Lovell Crawford November 22, 2021
Facebook
Twitter
Linkedin
Email 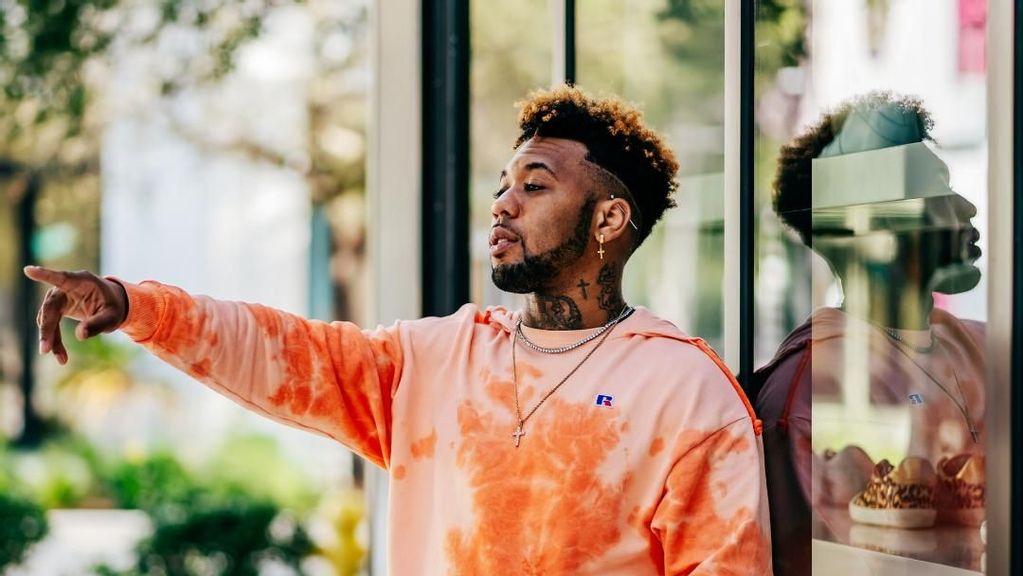 Coretta Scott King once said, “It doesn’t matter how strong your opinions are. If you don’t use your power for positive change, you are indeed part of the problem.” Those sentiments are now shared by rapper Razzie, who at one-point defied positivity in his lyrics.

Eventually, Razzie found himself in a bind that led him to the church to be saved, and he hasn’t looked back since. His life and his music changed, and he became a Christian rapper, spreading his message in a different tone and context.

Christian rap is genre that has been picking up steam lately, and Razzie hopes the movement continues to spread, especially in his backyard of Broward County, Florida. The change wasn’t easy. Wanting to rid himself completely of his past ways of thinking, he chose to have his entire catalog from his rap past erased forever. Now the urgency to flood his supporters with positive and uplifting music is his primary goal.

Zenger News caught up with Razzie to discuss his transition, why losing some friends along the way was a blessing, and about some upcoming projects.

Zenger: You recently released the “Only In Church” single. Will there be a follow-up to that single?

Razzie: I got a lot of things in the works. So, “Only In Church” just dropped. The video is already shot, and I will be dropping that soon. Other than that, I have some new releases coming. I’m working with some other Christian artists. I’m excited for those things coming up.

Zenger: On the song, “Only In Church,” you allude to the fact that you probably wouldn’t be here if you hadn’t found Jesus. What was your life like before you found your calling?

Razzie: It’s crazy. I actually grew up in a very Christian home. It’s easy to have all of those influences and still not really know God. A very strict household. We couldn’t even listen to rap music. We couldn’t do a lot of things. My mom kept us really sheltered. She had good intentions, but it drove me, my brothers and sisters further from church instead of to church.

After that, I was pretty much trying to get away from it as much as I can. I’m over here in the streets, I’m out here clubbing, tatted up, running away from the church. It’s crazy how God always brings his children back. I had a crazy experience, and I ran to the church, and I have been saved since.

Since then, I have been wanting to show, not only my peers and the younger audience, that you don’t have to be in that world to be cool, to be passionate, to be articulate. You can just be you and who you are in your own skin and still give God glory.

Zenger: You started out as a rapper and eventually got rid of your entire catalog as a rapper. Was that difficult to do?

Razzie: In more ways than one. Personally, because I’ve been chasing this music dream for a long time, I took a lot of pride in the things I had out at the time. It was hard for me to let go of those things. But I felt like I had to let go of those things to really go for the kingdom, instead of me just being in the middle. I decided to get rid of my catalog. After I decided to do that, I had to contract the distributors and everybody that was a part of making it and reach out to those channels and get them to take down those catalogs. It took a while.

Zenger: Was it a difficult transition to go from being a regular rapper to becoming a Christian rapper?

Razzie: It was difficult in a way of me trying to convey what I’m trying to say without cursing. You can convey something, and even if you don’t use profanity, just the context of it can be misinterpreted. I didn’t want that to happen. As I kept doing it, it became natural. Now it comes easy, brother. I can do it easily and stay relevant to whatever music is out at the moment.

Zenger: Were you judged when you made the switch and perhaps even lost some friends along the way to your spiritual journey?

Razzie: Ah yeah, man. A lot of people. I have a few close brothers that’s always been like family to me, by blood or not. They stuck with me, but a lot of people I used to be with… I’m a different person now, I’m all Christian, I’m all churchy, so they pretty much backed away. People who aren’t meant to be there aren’t meant to be there. You feel me?

Zenger: On the other side of this, being that you came from a strict household, how did your parents react when you first started rapping?

Razzie: A lot of my family didn’t like it — except my mom. I ain’t going to lie. Even though my mom used to be strict, I started rapping when I was a little older, early 20s. She was actually really supportive. She wasn’t really supportive of the music itself, but she was supportive of me doing something. But now she supports me a thousand percent (laughing). I talk about faith and Jesus.

Zenger: What would you like people to take away from your message and your music?

Razzie: I feel like our journey is more than what we say with our words. Sometimes our journey is by our actions. I feel like you can worship God in anything. Of course, I have songs where I talk about Jesus overtly. But I like songs where you can just talk about life. You can make a song about your aspirations and goals and still give glory to God while you do that.

Razzie: Yeah man! If it’s the Lord’s will, then maybe in 2022, but I will continue to release music back-to-back until I decide I want to do an EP or an album. You’re definitely going to get music from me back-to-back, but as far as a solid project, maybe. We will just see what time says.

Zenger: Is the most important aspect of what you are doing right now to just be consistent in the studio and carefully continue to filter your music out to the masses?

Razzie: That’s exactly where I’m at. Especially since I took down that catalog, I gotta make up for everything that I took down. I’m definitely going in and gridding. I’m dropping singles back-to-back, I’m dropping visuals back-to-back, and I’m working with other artists, and hopefully we can make it a whole movement in the Miami and Broward area.

Zenger: I appreciate the time. Continue being a positive influence, and definitely keep the good music coming. Is there anything else you would like to add?

Razzie: I appreciate you for the interview, stay locked in, and God bless, bro.