Driver who was stopped for a missing license plate also had an active arrest warrant.
By Joseph Golder November 21, 2021
Facebook
Twitter
Linkedin
Email 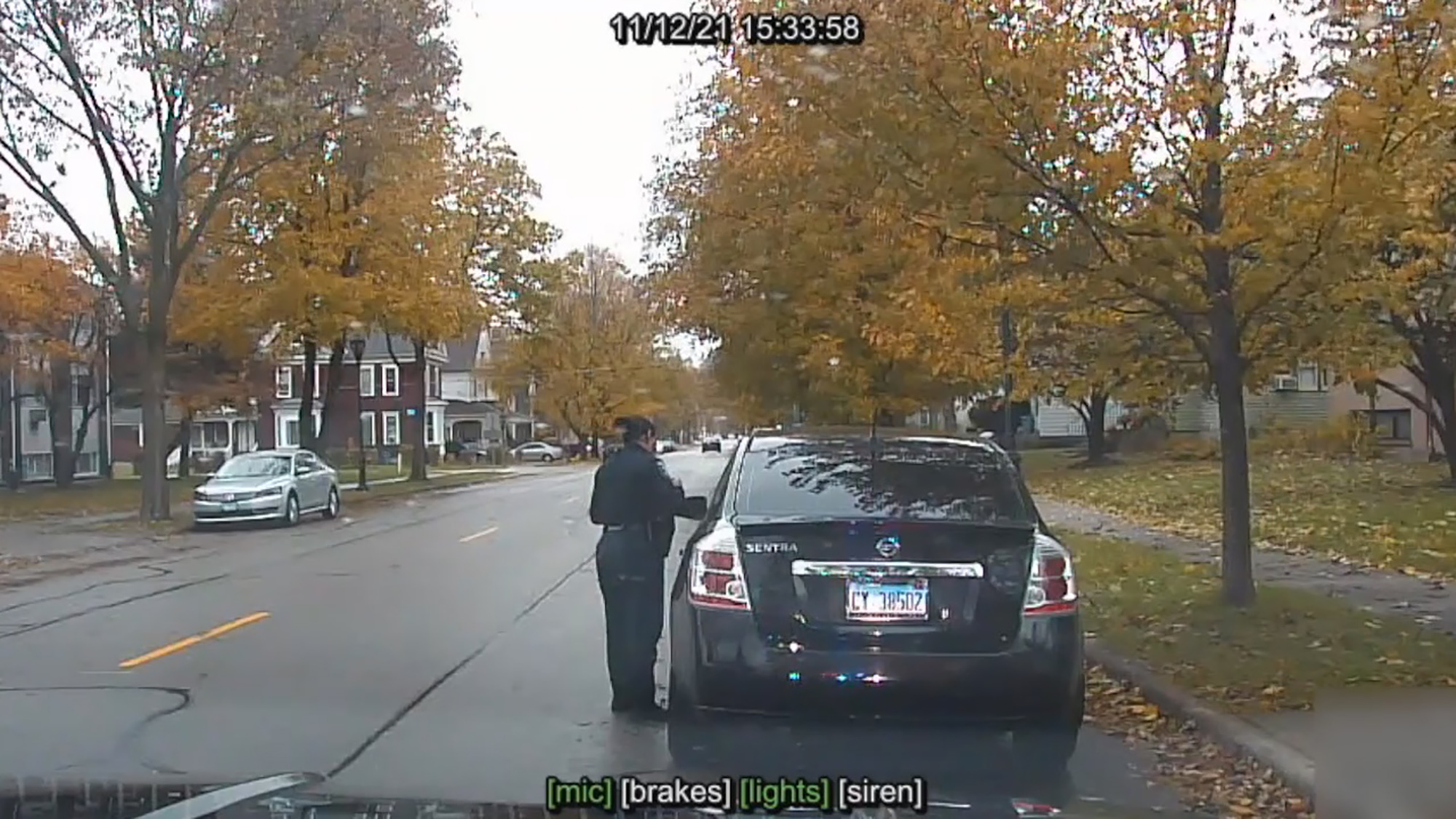 A police officer in Aurora, Illinois, stopped the driver of this car, which had a missing front license plate. The driver was arrested after video shows her refusing to comply with police. (Aurora Illinois Police Department/Zenger)

After partial cellphone video of a traffic stop was posted online, police in Aurora, Illinois, released their dashcam video of the incident that resulted in two people being charged with battery against a police officer.

A police officer on patrol spotted a black Nissan sedan driving without a front license plate, Aurora Police said in a statement posted online. The officer performed a traffic stop on the vehicle just after 3:30 p.m. on Nov. 12. The department posted its own video on YouTube.

“As a part of Aurora Police’s mission to share the full story and be transparent to our community, we are releasing the video from our squad cameras that show the entirety of the stop,” police said.

As officers attempted to handcuff the driver, police say she struck one officer in the chest with her elbow, and “tried to get a grip on one of the officer’s necks,” though it isn’t entirely clear from the video. She was then taken to the ground.

“While the officers were on the ground with the driver,” police said, “the 16-year-old passenger jumped out of the car through the driver’s door and attempted to get his arm around the male officer’s neck. The officer pushed the teenager back and attempted to grab him to take him into custody.

“The officer pulled his taser from his holster and activated the front laser, a de-escalation feature of the device. The taser was pointed at the 16-year-old but never fired, and the 16-year-old immediately began to comply by laying on his stomach. He was taken into custody without further incident.”

The driver, 20-year-old Rosemary Green, “was arrested on the active warrant without further incident,” police said. She was further charged with aggravated battery against a police officer and resisting or obstructing a police officer, both felonies, and unlawful possession of cannabis by a driver, a misdemeanor.