The ocean creatures have more than 1,000 stinging tentacles that can grow to 100 feet long. 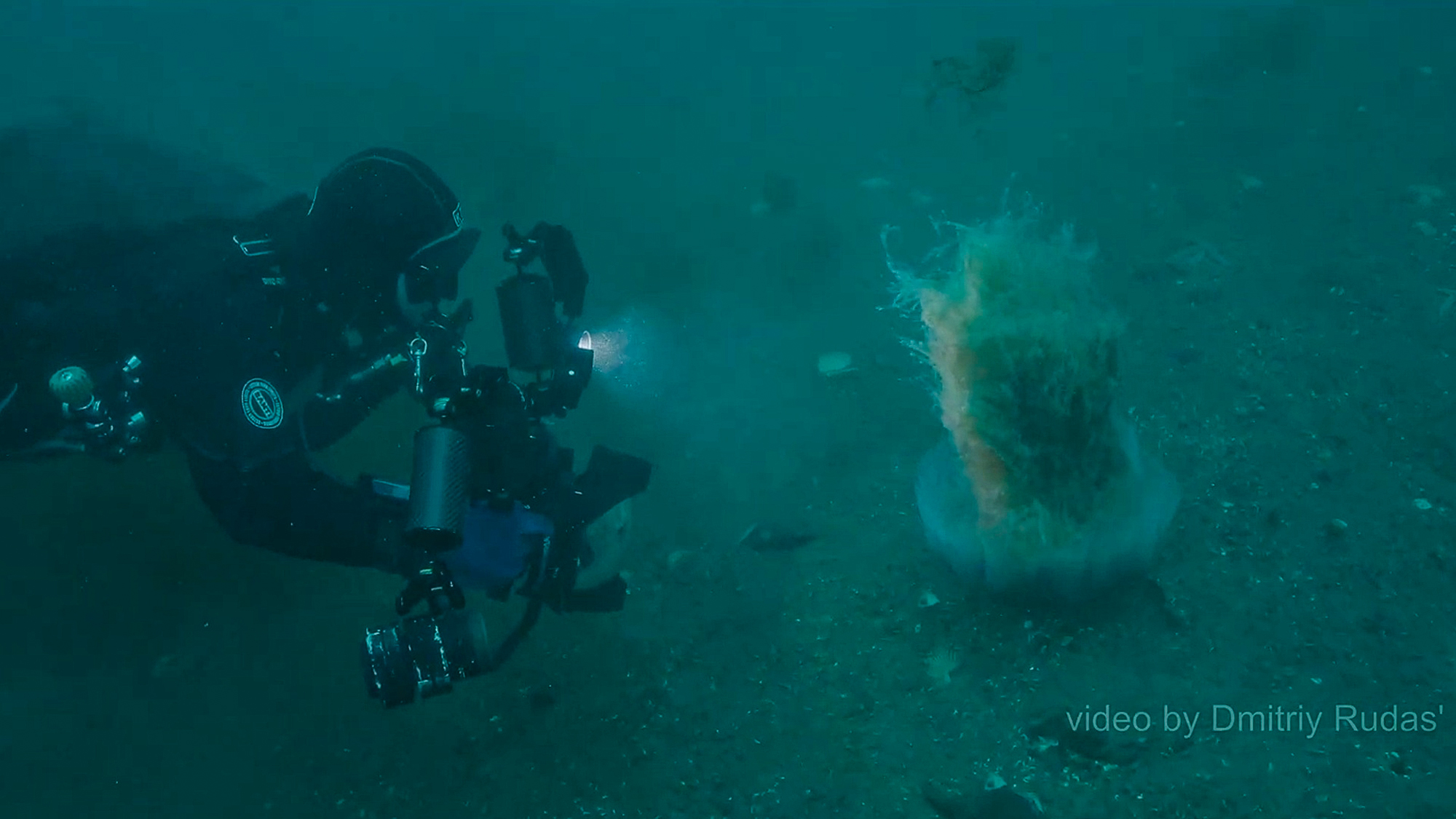 A giant lion's mane jellyfish was captured on video in Primorye, Russia, in 2021. (Dmitry Rudas/Zenger)

The lion’s mane, one of the largest species of jellyfish in the world, has been captured on film for the first time off the coast of Russia.

A diver shot video footage of the young jellyfish, 27.6 inches in diameter, in the Far Eastern Marine Reserve, located in Peter the Great Gulf in the Sea of Japan, according to the Ministry of National Resources of Russia.

The biggest recorded lion’s mane jellyfish reached a diameter of 6.6 feet, with tentacles that extended 98 feet in length.

Marat Khaidarov of the Primorsky Aquarium, in Russia’s Primorsky Krai region, said: “Lion’s Mane jellyfish are common in our waters — it lives in the Ussuri and Amur bays, in the Peter the Great Bay.

“In the Far East, young and relatively small individuals are most often found. Real giants live in the Arctic and Antarctic latitudes, where they can be larger, due to abundant feeding on zooplankton and relatively stable low water temperatures.”

The footage, filmed by diver Dmitry Rudas, shows the huge jellyfish moving gently in the water.

The jellyfish gets its name from the mane of long tentacles hanging from its bell-shaped body. It has up to 1,200 tentacles, divided into eight clusters, that contain a poison to paralyze its prey.

The jellyfish catches small fish, tiny crustaceans and can even eat other jellyfish.

Attacks by these jellyfish on humans are not fatal, although they produce a painful sting. Their tentacles contain large amounts of neurotoxins. However, these jellies are usually found in cold water, so they are not considered a threat to swimmers.

The lion’s mane jellyfish is also luminescent and can produce its own light, allowing it to glow in the dark.

Jellyfish can benefit from staying in areas close to human populations, according to scientific research. Pollution, climate change and overfishing are killing off jellyfish predators, such as birds, large fish and sea turtles. This creates a favorable environment for the species, leading to increased jellyfish swarms.

Vasily Gorobeyko, the head of the Federal State Budgetary Institution, said the “fauna of the Far Eastern Marine Reserve is distinguished by great biodiversity and is rich in unusual animals.” He added the waters are also home to the world’s largest species of octopus, as well as seals and dolphins.

Jellyfish are the oldest multi-organ life form on Earth. They have lived in the ocean for more than 500 million years. Females carry fertilized eggs in their tentacles until they become larvae.