Stoned Age: Ancient Man May Have Used Mercury To Get High In Mystic Rituals 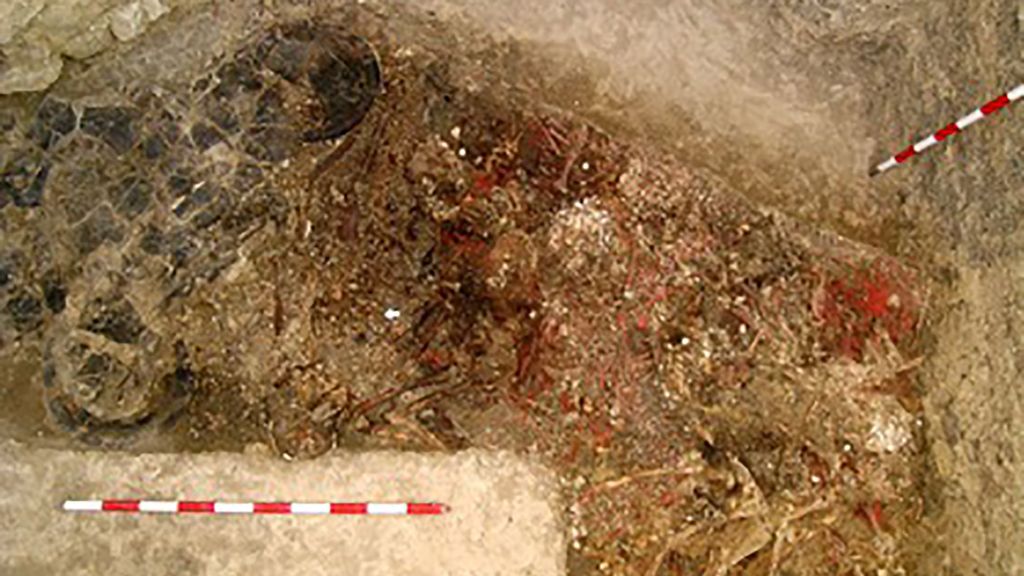 Experts have uncovered what they say are the world’s oldest human bones to have been poisoned with mercury. Dating back more than 5,000 years, the bones were exposed to cinnabar, which is mercury sulfide (HgS), a mineral that was pulverized to be used in decorations, paintings and funeral rituals.

The massive research project involved 14 specialists in biology, chemistry, physical anthropology and archeology studying the skeletal remains of 370 individuals from 50 tombs in 23 archeological sites in Spain and Portugal.

The researchers wanted to find out how widely cinnabar was used on the Iberian Peninsula over the course of ancient history, and the dig sites represented various funeral rites, including collective and single burials in pits, caves and other locations.

The researchers’ findings were published in the International Journal of Osteoarchaeology.

Steven Emslie, a professor of biology and marine biology at the University of North Carolina at Wilmington, started researching the subject in 2013 and worked with scientists from Brazil, Spain and Portugal to study mercury levels in human remains unearthed at the sites.

Emslie said in an interview that it was possible that people back then knew of the dangers posed by mercury, adding it was “quite likely they knew it had some adverse effects.”

“In fact, they may have purposely exposed themselves in rituals, putting them into a trance-like state with shaking, lethargy, etc. from mercury poisoning,” he said. “We will never know for sure because they had no written languages.”

Emslie explained that cinnabar “was mined and used mainly as a bright red pigment, brighter than other natural pigments such as hematite or ochre, so it may have represented blood and life.

“It was likely used as a body paint, but also in textiles and clothing. It was sprinkled over bodies in tombs, perhaps again representing blood and life, or as a preservative. It was used to paint the large stones that lined some of these tombs as well,” he said.

Emslie pointed out that cinnabar was often associated with high-status burials and other exotic and lavish offerings. “It was definitely an important and valued commodity. Because the largest cinnabar mine in the world is in Spain, I think the people in Iberia had more access to this mineral than in other regions of the world, leading to more mercury poisoning there, but further study is needed,” he said.

“Of the 370 individuals we tested, 120 had moderate to high levels of Hg [mercury] in their bone (>10 parts per million), and these are all restricted to the late Neolithic and Copper Age [more than 5,000 years ago].

“By the Bronze Age, it is no longer found with burials, and there are no more high levels of mercury in the bone. Romans later mined cinnabar and used it in their wall murals.”

Explaining how the individuals whose bones were studied might have been poisoned, Emslie said: “When Hg is released from cinnabar (HgS), it would enter the bloodstream and accumulate in the kidney, brain and other soft tissues first. Eventually it would end up in bone, but in lower levels than these soft tissues.

“Bone accumulates mercury throughout life, so older individuals would have more. The high values in bone suggest even higher values in soft tissues, but this needs additional study.

Emslie pointed out that “when the first results emerged from the mercury analyzer, the values in the bone were not just high, but extremely high.”

“It was unclear how this could have been possible given that the “only sources for mercury in this bone would either be from the soil after burial … consumption of mercury from food … or from some other cultural use of mercury that led to high exposures in life.”

The University of North Carolina said in a statement that prehistoric societies from Asia to Europe and South and North America have used cinnabar as either a “pigment, body paint, medicinal, or preservative or offering in burial rituals.”

The world’s biggest cinnabar mine is located at Almaden in central Spain, “where evidence shows that mining activities began there by the Middle to Late Neolithic and continued to modern times,” the statement said.

“Even the Romans actively mined here to obtain the bright pigment for murals that still display this color today.”