Proposed Macrogrid Would Improve Reliability And Resilience Of US Electric Power, Study Says 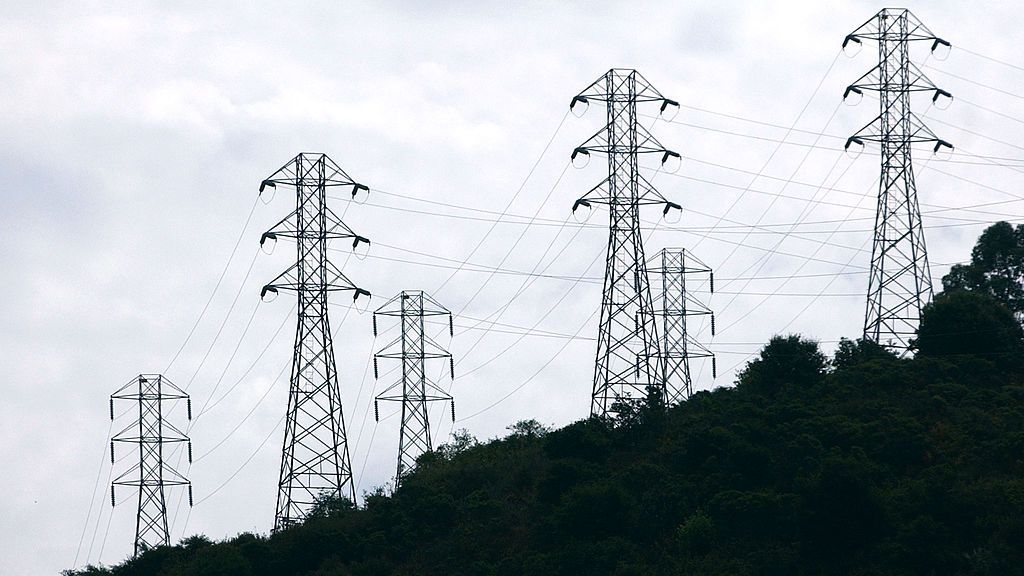 Researchers have proposed a cost-effective macrogrid that would allow the sharing of power, including renewable wind and solar, across the United States during peak demand times. (Justin Sullivan/Getty Images)

Better connections between U.S. electrical grids could form a costly but effective macrogrid to share power as needed across the country, researchers say, reducing outages during extreme weather and supplying more power during peak usage.

A seam separating the grids runs from Montana to the borders of Kansas, Nebraska and South Dakota and along the Oklahoma and Texas panhandles.

But what if the West Coast could supply power to the East Coast during its peak usage, and vice versa?

In the Interconnections Seam Study, part of the $220 million Grid Modernization Initiative announced by the Department of Energy in 2016, authors investigated whether better connections would meet peak demand, lower costs and improve grid resilience, reliability and adaptability.

Iowa State University engineers used a computer model to simulate 15 years of projected improvements to transmission and power generation facilities. The model included four designs for transmission across seams, as well as eight scenarios for power generation that account for variables including differences in transmission costs, renewable-electricity generation, gas prices and retirement of existing power plants.

Researchers took the grid-improvement model up to the year 2038. Then, the U.S. Department of Energy’s National Renewable Energy Laboratory in Colorado used the 2038 data to complete an hour-by-hour model of one year of power-sharing across the seam.

The research revealed that benefit-to-cost ratios reached “as high as 2.5,” suggesting that there is considerable value in increasing the transmission capacity between regions.

“So, for every dollar invested, you get up to $2.50 back,” said co-author James McCalley of Iowa State University. A macrogrid of transmission lines looping around the West and Midwest, McCalley said, would cost about $50 billion to build and would have branches in Texas and the Southeast. Currently, Texas operates its own grid largely separate from the rest.

Under conditions associated with a high-renewable future greater than 40 percent, cross-seam transmission benefits far exceed costs, the authors said. They drew this conclusion based on a 35-year period “to assess savings generated by generation investments and operational efficiencies.”

The proposed macrogrid is cost-effective in several ways, according to McCalley. For example, a macrogrid would allow the sharing of power, especially renewable wind and solar power, across the continent during peak demand at different times.

For weather events like the February 2021 ice-storm blackout in Texas and Iowa’s 2020 derecho wind outage, McCalley said a macrogrid would “deal with these kinds of resilience problems.”

“You could get electricity assistance from other regions very simply. Iowa and other states would be interconnected with other areas,” he said.

But there are a lot of political considerations to building a macrogrid, and in addition to the projected cost, there are objections to transmission lines and wind turbines.

“Every form of energy has negatives,” McCalley said. “Tell me a better alternative.”