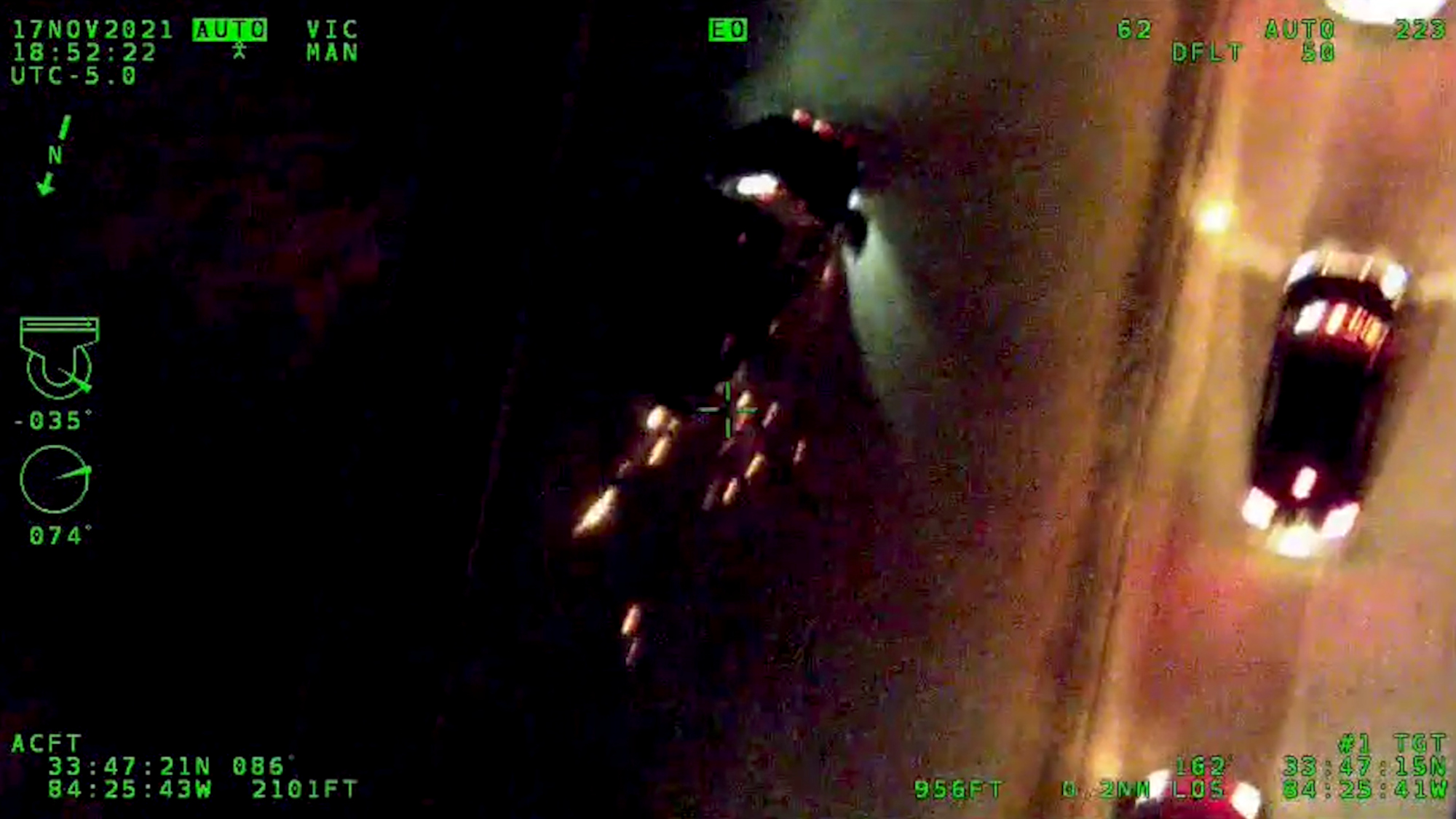 Atlanta police apprehended a repeat felon who was driving a stolen car on Nov. 17.

The driver, identified Jaheim Arnold, faces numerous charges, including possession of a firearm by a convicted felon; carrying a concealed weapon; auto theft; attempting to elude; reckless driving; and criminal damage to property.

Video was posted online by the police with the message: “Car thieves in Atlanta best get the memo that the Atlanta Police Department has patrol officers, and an air unit Phoenix who are about that catching-the-fleeing-suspect life.

“When Phoenix shows up to assist patrol officers, it would be wise to park the car, put your hands up and surrender, but for those who opt to take their chances, they end up like Jaheim Arnold,” police said.

Police said they received a report about a stolen Dodge Charger, and responding officers called for assistance from the Phoenix air unit to track the vehicle. “Phoenix responded and quickly spotted the vehicle in traffic … and relayed the information to patrol officers.”

Police in the area attempted a traffic stop, but the suspect fled, “at times driving on the shoulder of the street and ultimately drove down the wrong side of the road endangering other drivers, crashing into several motorists before coming to a stop,” police said.

“He then jumped out of the disabled vehicle and fled on foot. Phoenix monitored the suspect while feeding critical location information to the officers on the ground.

“Monitoring the escapee’s every move, Phoenix observed the man take a gun off his person and throw it over a bridge while continuing to run.”

The suspect was caught hiding among dense trees. The gun he allegedly tossed was recovered by officers.

He reportedly told officers that he was able to easily steal the vehicle because the keys were left inside.

“The suspect, in this case, has been identified as Jaheim Arnold (born 2003). Mr. Arnold was found to have a prior felony conviction out of the city of Atlanta for possession with the intent to distribute.”

“We need the public to do better,” police said.

“We remind car owners to never leave keys in their car and to turn their cars off and lock their doors when exiting vehicles. We will continue to do all we can to hold violators of the law accountable and keep the city of Atlanta safe, but it can work so much better if the community does their part too.”