VIDEO: Out Of The Frying Pan Into The Flier: Amazing Leap To Safety From Burning Apartment

A trapped resident was saved when he jumped from his balcony into the arms of first responders. 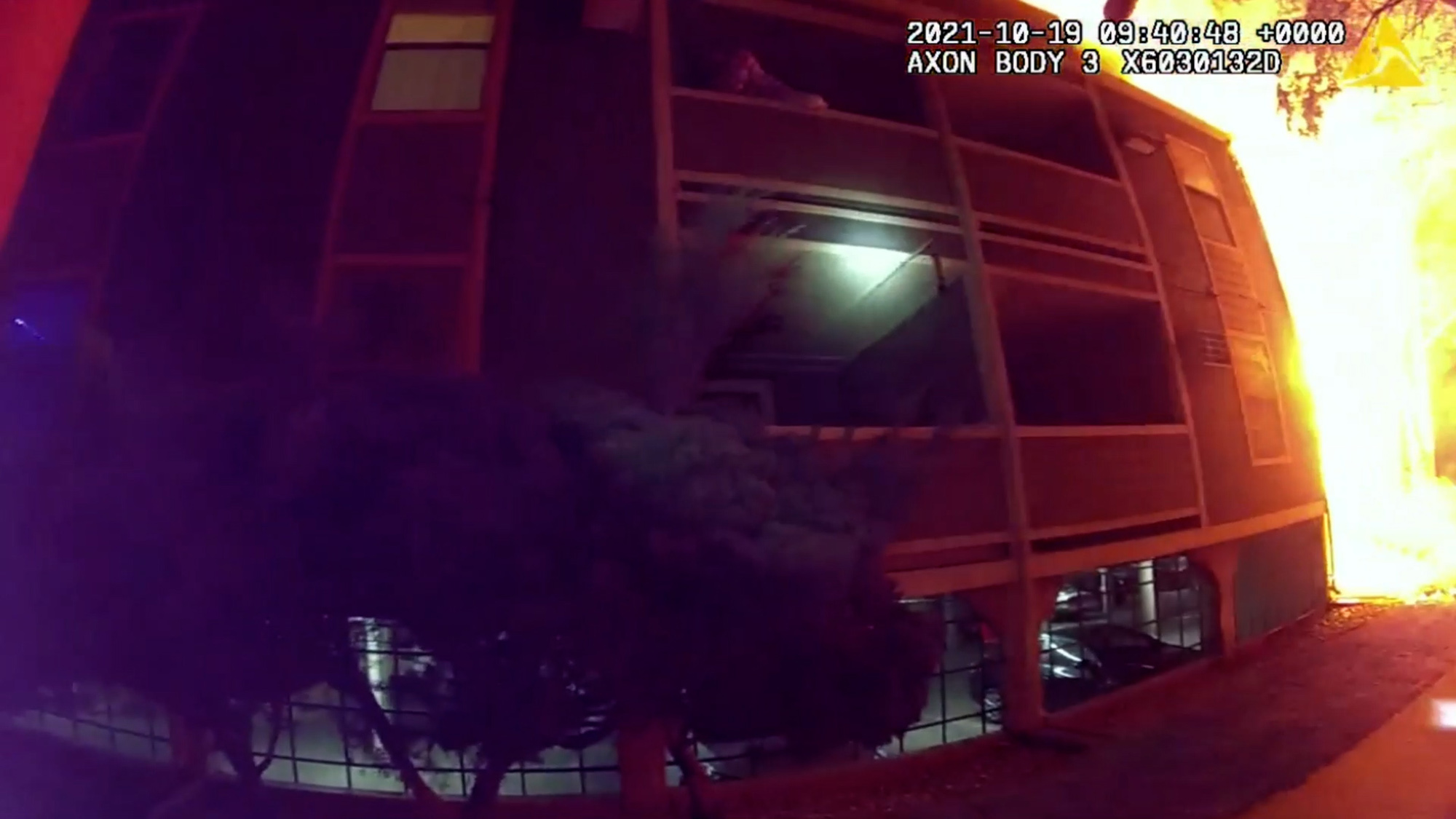 A police officer and a firefighter staged a dramatic rescue on Oct. 19.

The two caught a resident as he jumped from the top floor of a burning apartment block in Boulder, Colorado.

Police shared footage of the incident with the public on Nov. 18. The police and fire officials are investigating one of the largest fires on record in Boulder.

The Boulder Police Department posted the video on social media with the message: “As the City of Boulder Police and Fire departments continues its joint investigation into the cause of one of the largest fires in city history, we wanted to share more information about the efforts of both agencies that night to save lives.

“Nearly the entire Boulder Police Watch 3 shift responded in seconds when the first call came out shortly after 3:30 a.m. on Tuesday, Oct. 12.”

The police said “officers and sergeants carefully ran up to each residence, banging on every door they could safely reach and yelling for occupants to evacuate. Hot embers fell on them and down their clothes as smoke choked their lungs.”

Despite the “chaos,” officers made a note of every door they called on, making contact with residents in 79 of the 81 units before the fire’s intensity forced them back.

However, one third-floor resident was unable to escape from the blaze after hearing the commotion and was forced to jump from his balcony, which was captured in the footage.

The police said: “With the guidance and assistance of Boulder Police Department Sgt. Ekwo and Boulder Fire-Rescue Lt. Gross, the man jumped and was caught safely by both men.”

In total, there were 17 fire units on the scene and 51 firefighters.

The Boulder Police Department said: “This fire burned so hot the heat melted off the aluminum unit numbers and copper pieces, even before the flames reached it. That is at least 1,200 degrees.

“We are so grateful the quick teamwork between these agencies saved so many lives that morning, both human and pet. That included firefighters rescuing a cage of birds from one residence and lowering down a frightened dog on a leash from an upper level.”

The cause of this fire remains under investigation. No fatalities were reported.