Formed in June, Fuerza Vecinal is running dozens of candidates for key mayorships and municipal representatives. 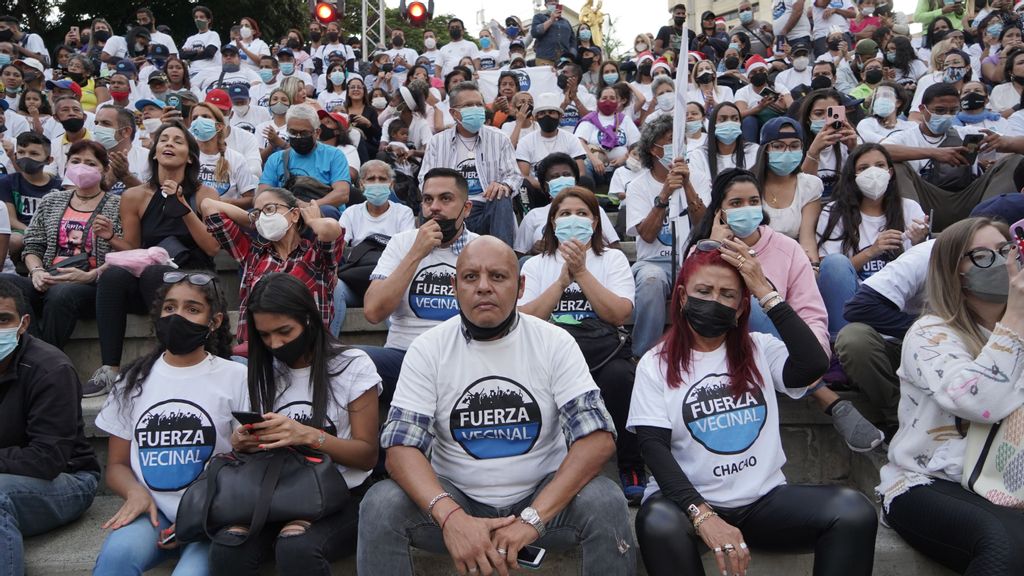 CARACAS, Venezuela — After years of boycotts of the elections called by Nicolás Maduro’s government, the main Venezuelan opposition coalition is running candidates in the Nov. 21 regional elections.

Its candidates face competition not only from Maduro’s United Venezuela Socialist Party but also from the recently formed Fuerza Vecinal (Neighborhood Force), which has unexpectedly surged in popularity.

The Democratic Unity Roundtable (MUD) is a coalition of Venezuelan parties and political institutions that have led the opposition for more than a decade. It played a leading role in the disputed presidential election between Maduro and Henrique Capriles in 2013 (when it did not accept the results that gave Maduro the win by slightly more than 200,000 votes); the victory in the 2015 parliamentary elections; and Juan Guaidó’s parallel government since 2019. Guaidó was named interim president by the National Assembly, which considers Maduro’s mandate unconstitutional.

The decision to take part in elections again was made at one of the most complicated times for the opposition to Chavismo — the political regime that began with Hugo Chavez’s presidency and has governed Venezuela since 1999.

“In Venezuela, over the last 20 years, there has been a political polarization where people have taken extreme sides and nobody has focused on the citizens,” Ernesto Betancourt, a militant for Fuerza Vecinal told Zenger.

Caracas’s Francia de Altamira Plaza has historically been a symbolic place for the Venezuelan opposition, since a group of militants rose up in 2002, declaring the square a “liberated zone” and demanding Chavez’s resignation.

Though that movement failed, the Plaza continued to be a key spot for protests over the next two decades.

Two days before the regional elections, the landscape in east Caracas is very different. Fuerza Vecinal is the only political party campaigning there.

MUD has abandoned voters in many districts and other parties have emerged to fill the void. The evidence is in the streets.

“We decided to create a party that is not so extreme, that takes a real interest in the people,” said Betancourt.

In December 2017, MUD asked people not to participate in municipal elections, saying there had been fraud in the regional election in October of that year. MUD extended the boycott to the 2018 presidential and 2020 parliamentary elections.

Since there were no official opposition candidates for those municipal elections, a series of independent candidates were elected in key districts where Chavismo has historically been in the minority inside Caracas. They included Gustavo Duque in Chacao, Elías Sayegh in El Hatillo and Darwin González in Baruta, working together as part of the same political force.

“Fuerza Vecinal is a party that came out of the divided opposition, especially the Primero Justicia party, after the 2017 regional elections. … Some of its factions formed Fuerza Vecinal with the goal of running in the three municipalities where the opposition has always won,” said Enderson Sequera, a Venezuelan political scientist.

“Given the importance of the group in Venezuela, the fact that the party emerged from a division is already a reason for the traditional opposition voters not to trust it”, he said.

“In this context of austerity, Fuerza Vecinal is overspending on publicity and audiovisual propaganda, with motorcycle raffles, cable TV propaganda, and more, which makes voters ask where so much money came from and causes a good deal of mistrust,” Sequera said.

Duque, Sayegh and González, allied with other independent candidates from the rest of the country, created Fuerza Vecinal in June 2021, with a national reach. The party ran David Uzcátegui, the former councilman of the municipality of Baruta, in Venezuela’s second-largest state, Miranda.

With MUD back on the ballot, there were disputes among the opposition.

Even though Fuerza Vecinal and the MUD agreed on candidates in other parts of the country, they were unable to come to an agreement in the state of Miranda.

Carlos Ocariz, the former mayor of Sucre from 2008 to 2017, and the former candidate in Miranda in 2017, ran for governor with the support of the MUD and the traditional opposition sectors.

After months of failed negotiations, where Ocariz’s campaign accused Uzcátegui’s of not respecting the voting intention surveys, and the latter accused the former of not participating in the primaries, Ocariz finally pulled out on Nov. 11, 10 days before the election.

If Ocariz and Uzcátegui had both run, it could have helped Héctor Rodríguez, who has governed Miranda since 2017, and is a significant figure in Chavismo.

The public dispute between Ocariz and Uzcátegui was bad for the MUD’s image and good for Fuerza Vecinal’s.

Still, some people are suspicious of the new party’s motives.

“Let’s be very clear: Fuerza Vecinal is not an alternative to Chavismo. They say they are the opposition, but they just echo many of the vices of Chavismo in the eastern part of Caracas,” said Sequera.

“The big beneficiary [of the conflict between Ocariz and Uzcátegui] was Fuerza Vecinal”, Walter Molina, a Venezuelan political scientist, told Zenger.

“The MUD in Miranda did not react accordingly, beginning with the first big mistake, believing that David Uzcátegui wanted to unite to beat Héctor Rodríguez. After that, there were other mistakes, which led Carlos Ocariz to step down as a candidate.”

“People distrust this group of politicians, today members of a very new party, precisely due to their political intentions; they don’t seem to want change; they have a close relationship with the current governor of Miranda and member of the United Venezuela Socialist Party, Héctor Rodríguez; and the group’s members are financed with dubious funds,” said Molina.

Fuerza Vecinal’s main plan in these elections is to become a legitimate opposition force to Maduro’s regime. To do so, it hopes to take advantage of people’s disenchantment with traditional political parties.

“People needed there to be a party they can trust, that could guarantee that they won’t be abandoned. People want solutions, to be closer to the parties. That is essentially what Fuerza Vecinal wants to capture,” said Betancourt.

“Still, I don’t think [Fuerza Vecinal] is really going to do it [get more votes than the MUD]. On Sunday … we’ll see what happens in Sucre, where a MUD candidate is up against one from Fuerza Vecinal, or in Chacao, where the MUD has its own list for the Municipal Council,” said Molina.

He said that the creation of a fictitious opposition has not worked in the past and “this one created with the metropolitan mayors and the ex-councilman from Baruta won’t work either.”

Many voters opposed to the government, but still upset with the MUD, don’t plan to vote for the new party.

“I never believed in the MUD, but I supported them and voted for them because they were the only united opposition, and I was never going to vote for Chavismo,” María Pelayo, a Venezuelan citizen, told Zenger.

“In the 2017 election, I voted for the independent candidate because I think the regional elections are more representative than the national ones. But it wasn’t a vote for the Fuerza Vecinal candidate but rather a way to keep the Chavismo candidate from winning,” she said.

“If I vote this year in Miranda, I’ll do so for Ocariz because I’m more familiar with his record, and he has done work in every position he’s held. I hear Uzcátegui is corrupt and has spent a ton of money on his campaign, which is outlandish in our country’s economic situation,” Pelayo said.

On Sunday, Venezuelans will elect 335 mayors and 23 governors. Voting is not compulsory in Venezuela, and the highest turnout for elections of this type was in 2008, when 65 percent of voters participated.

Several organizations have sent international observers for the first time in several years. The European Union had not sent any since the 2006 presidential election.