Letter from the Russian empress promoting vaccination against smallpox up for sale at auction. 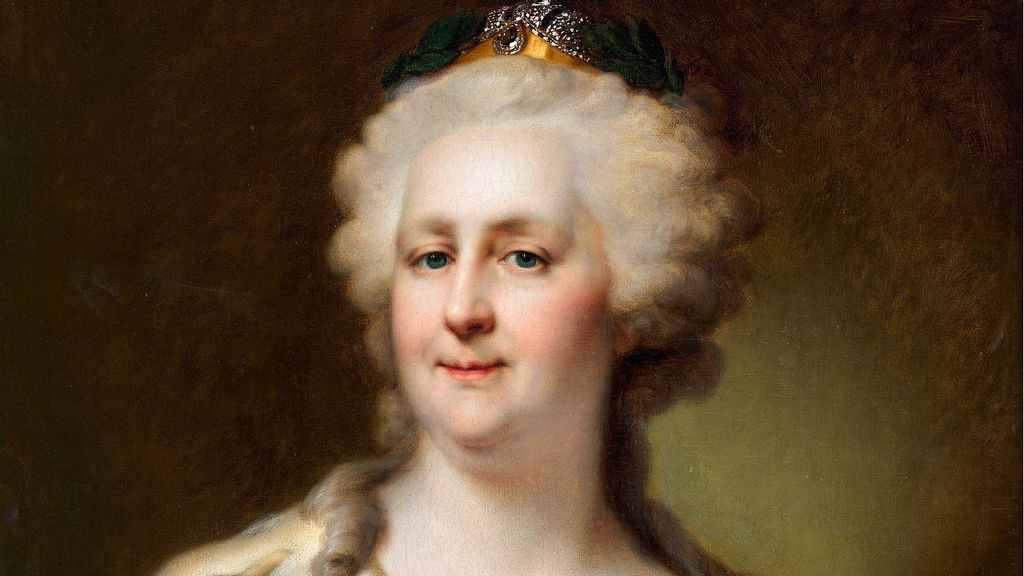 The letter for sale at auction was written and signed by Catherine the Great, the last reigning empress of Russia. (MacDougall Auctions/Zenger)

A letter written in 1787 by Catherine the Great, empress of Russia, urging vaccination against smallpox, is scheduled for auction on Dec. 1.

The letter is part of a lot offered by MacDougall’s auction house in London that includes a portrait of Catherine the Great by Dmitry Levitsky. The painting has been valued at between $1 million and $1.5 million.

The Russian empress was the first in her country to be vaccinated against smallpox after her future husband was disfigured during the epidemic that killed 400,000 people across Europe in the 18th century.

“The letter is dated 20 April 1787 and contains an instruction to the governor-general and vice-regent of Malorossiya to treat smallpox inoculation in the province entrusted to him as one of the main ‘duties’ of his position, so that ‘such inoculation should be common everywhere,’” the auction house states.

She proposed the introduction of inoculation against smallpox, “which, as we know, causes great harm, especially among the ordinary people,” according to the letter.

The letter, addressed to Count Piotr Alexandrovich Rumiantsev, bears the empress’ personal signature. It “is not only a unique, authentic document from that age, but also an extremely pertinent testimony to the statecraft and foresight shown by the great monarch,” the auction house states.

William McDougall, director of the auction house, said the letter was “certainly topical at the moment” and that it was “very interesting that prominent leaders encouraging vaccination is nothing new.”

The letter urges that “such inoculation should be common everywhere, and it is now all the more convenient, since there are doctors or medical attendants in nearly all districts, and it does not call for huge expenditure.”

Catherine the Great asks that an order be issued in each provincial town to “build the minimum number of lodgings for the temporary stay of those who are unable to have this inoculation at home; money needed for this could be borrowed from town revenues.”

The auction house said that after Catherine was successfully vaccinated against smallpox, she “proudly wrote” to her ambassador plenipotentiary in Britain, Count Ivan Grigorievuch Chernyshev: “We now have only two topics of conversation: the first is the (Russo-Turkish) war, and the second is vaccination.

“Starting with me and my son, who is also recovering, there is no noble house in which there are not several vaccinated persons, and many regret that they had smallpox naturally and so cannot be fashionable.”

The second part of the lot up for auction is the portrait of the empress, which the auction house describes as “one of the examples of Catherine the Great iconography, which are extremely rare on the art market.”

The letter and the portrait, which the auction house said came from a distinguished private collection, have been authenticated by experts, are on exhibit in Moscow through Nov. 30.

McDougall said the letter is “not only a unique, authentic document from that age, but also an extremely pertinent testimony to the statecraft and foresight shown by the great monarch.”

Catherine the Great ruled Russia from 1762 until her death in 1796. She expanded the country’s borders and was a fervent patron of the arts. The Hermitage Museum in Saint Petersburg initially housed her private collection.

«Previous Post
‘The Killing Of Kenneth Chamberlain’ Reenacts Retired Marine’s Killing By Cops »Next Post
VIDEO: Out Of The Frying Pan Into The Flier: Amazing Leap To Safety From Burning Apartment