VIDEO: Owl Did I End Up Here? Arctic Snowy Owl Spotted In Spain Thousands Of Miles From Home

Popularized in the “Harry Potter” films, the snowy owl, one of the largest owl species, has a wingspan of 6 feet. 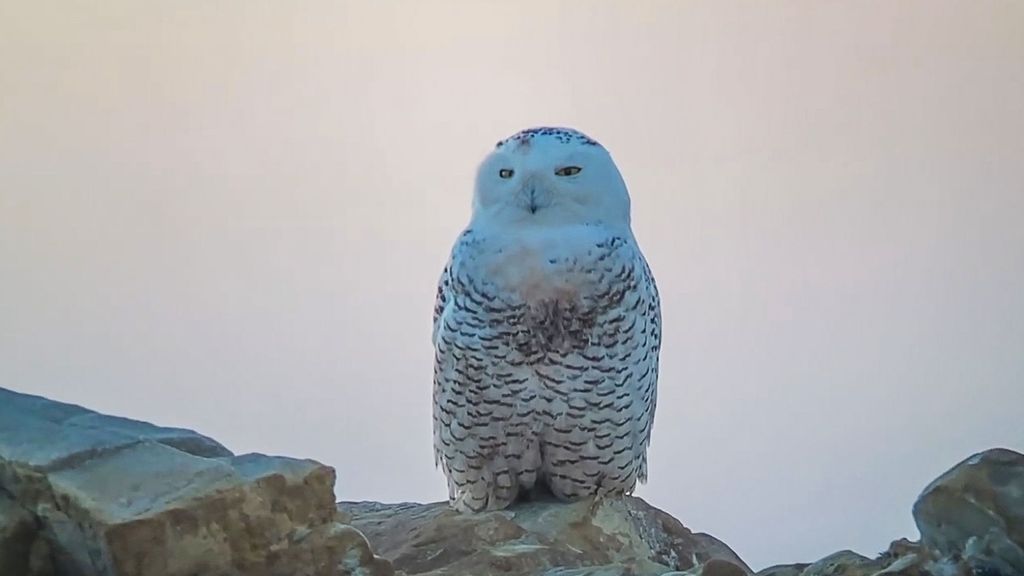 Snowy owls have been spotted in Spain, far from its Arctic tundra habitat. (Daniel Lopez Velasco/Zenger)

Birdwatchers have been astounded by the sighting of snowy owls in Spain, miles away from their natural habitat in the Arctic tundra.

A snowy owl, popularized by the “Harry Potter” films, was sighted about two weeks ago in the Cantabria in northern Spain. To birdwatchers’ delight, another specimen was spotted flying over the parish of Luanco in the neighboring community of Asturias last week.

A third spotted owl was then sighted in Cape Penas, the northernmost point of Asturias, on Saturday, with photographs proving the two were different birds.

Video footage taken by wildlife photographer Daniel Lopez Velasco shows the latter bird, a male, perched atop a rock as it swivels its head from side to side.

“For me, the snowy owl has always been a mythical bird, one of my favorites since I was a small child,” said Lopez Velasco, who has observed it on previous occasions in various parts of the world.

“Seeing a snowy owl in my local patch, Cape Penas, resting peacefully on the edge of the cliff, with the sea in the background, a dreamy light, and surrounded by good friends. What more can you ask for in life?” he said.

Ornithologists believe the snowy owls may have come to Spain from the Canadian Arctic onboard a ship and then settled among the clifftops of the country’s northern coast, where there is ample food: rodents and smaller birds.

It is not the first time snowy owls have appeared far from their natural climes. Several specimens were spotted in southern France in 2014, but that is a rare occurrence.

The snowy owl is well known among “Harry Potter” fans, thanks to Hedwig, an 11th birthday gift Rubeus Hagrid presents to the famous young wizard.

The snowy owl is one of the largest owl species, with a maximum length of 28 inches and a 6-foot wingspan. The large owls have smoothly rounded heads and no ear tufts. While they have varying amounts of black or brown markings on their body and wings, males become whiter with age. Mostly nocturnal, it is the only owl with largely white plumage.

The International Union for Conservation of Nature lists the species as vulnerable. Death is often correlated with human interference, such as shootings or road accidents. When they fly, they tend to stay close to the ground.

Snowy owls can also be found represented in European cave paintings, according to the Cornell Lab.

«Previous Post
VIDEO: Is This The Weigh To Armadillo? Adorable Newborn Pup So Tiny It Fits In The Palm Of A Hand»Next Post
It’s A-maize-ing: Popcorn Is A New, Sustainable Insulation On The Market