The fragrance has notes of metal, glass and leather to echo the cockpit of the deadly Su-75 Checkmate.
By Lee Bullen November 18, 2021
Facebook
Twitter
Linkedin
Email 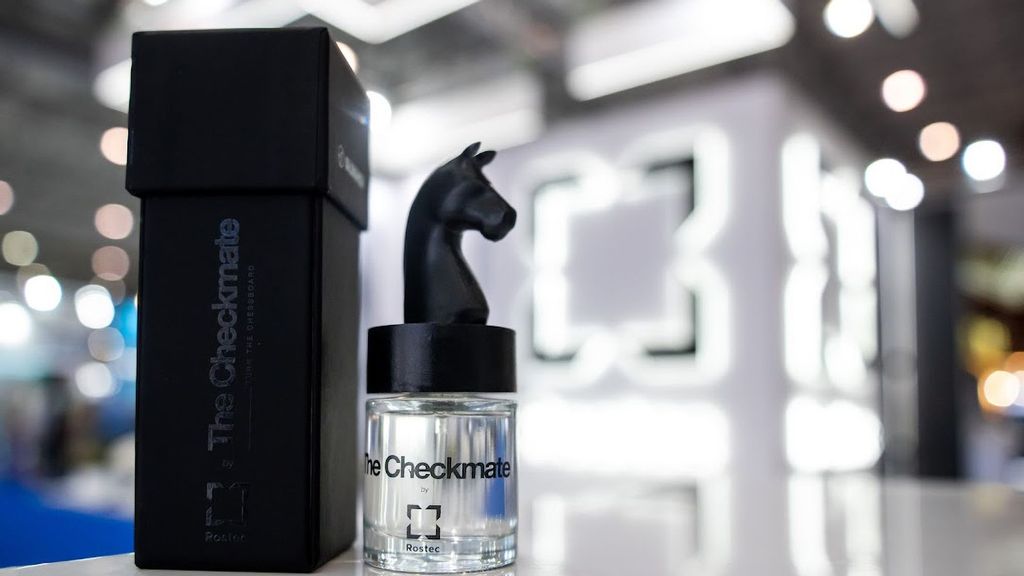 A perfume that smells like a latest-generation Russian fighter was unveiled at the Dubai Air Show. The jet and the perfume are both named The Checkmate. (Alexander Utkin/Zenger)

Russia has launched a fragrance that captures the scents of metals and leather used in a newly unveiled fighter jet.

Rostec (the State Corporation for the Promotion of the Development, Manufacture and Export of High Tech Products) joined forces with the Guild of Perfumers of Russia to launch the scent.

The fragrance is based on the under-development fighter jet, the Sukhoi Su-75 Checkmate, scheduled for its maiden flight next year. The Checkmate jet boasts a short takeoff and therefore does not require a long runway. Once airborne, the Su-75 can reach speeds of around Mach 1.8 (1,381 mph). It is the fifth-generation iteration of the Su-75 line of single-engine light tactical fighters.

A prototype of the latest generation of the stealth jet was launched at the 2021 Dubai Airshow on Tuesday. That annual show features 20-plus country pavilions featuring innovative aerospace products and technologies.

The Checkmate fragrance was produced specifically to coincide with the global launch of Russia’s stealth fighter jet, according to Rostec. A limited number of bottles (150) were available to guests at the air show in the Checkmate pavilion.

The fragrance comes in 50 milliliter bottles shaped like the black knight in chess. The gift box it comes in opens and unfolds to reveal a black and white chessboard.

“The five main notes of the composition blended well, owing to the techno-genic chord of the perfume,” the statement said.

“This techno-genic chord permeates everything: from the creation of the machine by Russian designers and engineers to the aircraft itself, which is just as much a living being consisting of metal structures and mechanisms. And it also breathes as it flies and feeds on the fuel,” said Oksana Chernyshova, president of the Perfumers Guild of Russia.

Just as the jet is ready to operate in any environment “under the scorching desert sun, in subtropical and mountainous terrain, as well as in the Extreme North and in the tropics,” the fragrance is designed to be worn in any conditions, its creators say.

Details on if and when the perfume might be released to the general marketplace (and at what price) were not released, nor did Rostec detail the target consumer it’s expected to appeal to.