It’s A-maize-ing: Popcorn Is A New, Sustainable Insulation On The Market 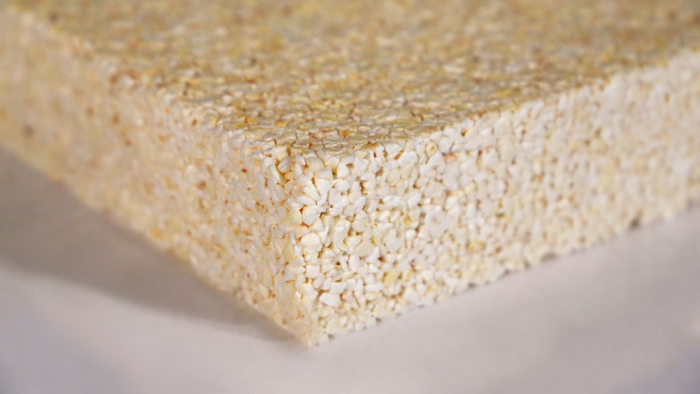 Researchers in Germany have gotten the go-ahead to commercialize a product that provides sustainable, environmentally friendly building insulation: popcorn

Conventional insulation, made of mineral fiber or plastics, occupies approximately 90 percent of the market. Plastic, however, is made from petroleum and contributes to pollution. Researchers at the University of Göttingen have developed a new process to skip the pollutants and manufacture insulated boards made up of granulated popcorn.

Popcorn is sustainable because it is renewable and easily recycled at the end of its useful life, unlike petroleum-based insulation. Its water repellency can make it useful in other applications, such as furniture and packaging.

Popcorn could be a substitute for polystyrene: a petroleum-based foam that is found not only in insulation but also in the millions of disposable food containers and shipping materials discarded annually. Polystyrene is not recyclable, often breaking down into miniscule particles that enter the ground and water supply, endangering wildlife.

“This new process, based on that of the plastics industry, enables the cost-effective production of insulation boards at an industrial scale,” said researcher Alireza Kharazipour. Emphasizing popcorn’s use in the construction industry, Kharazipour affirmed that “natural insulation materials are no longer just niche products.”

The university has licensed its popcorn insulation product to the Bachl Group, a manufacturer of building materials.

The licensing is an “important milestone in our strategic development towards becoming an integrated, multi-material insulation supplier,” Michael Küblbeck of the Bachl group said, adding that popcorn insulation allows the company to respond more precisely to “the different requirements of the market and our customers.”

As developed by Kharazipour and his team, the popcorn insulation, which is pressed into boards and sealed with a plant protein bonding agent, is edible. The boards can be also composted or used as animal fodder when no longer used for insulation.

In addition to performing better than polystyrene in flammability tests, the new popcorn product also has water-repellent properties, which open up new avenues for future applications, MBM said.