The tiny, shape-shifting robots are guided by magnets to release drugs only where they're needed.
By Martin M Barillas November 18, 2021
Facebook
Twitter
Linkedin
Email 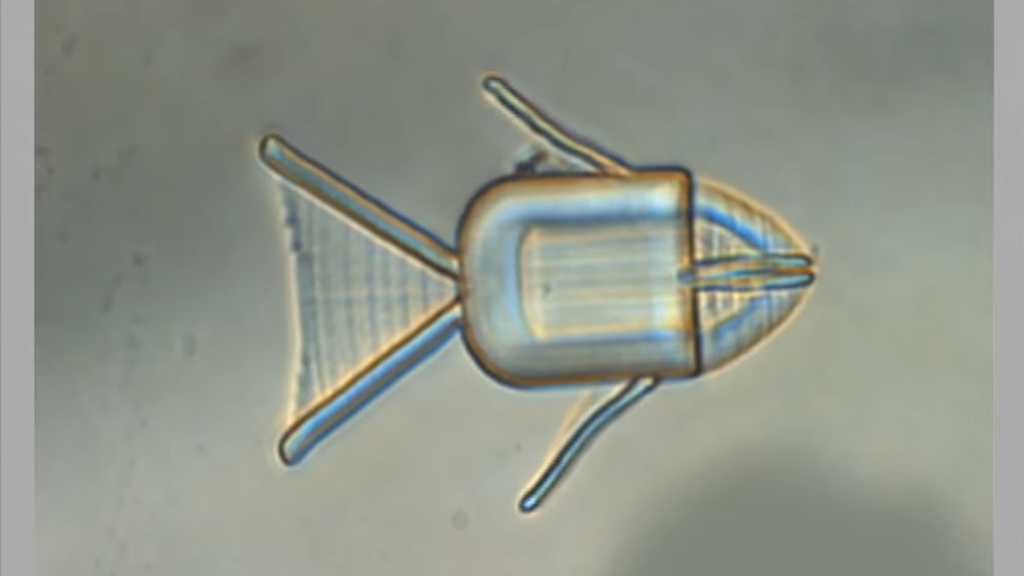 Using 4D printing and magnetization techniques, scientists have designed microrobots shaped like fish, butterflies and crabs that can be guided to tumor cells, where the change in pH level triggers a response to release the chemotherapy drugs they're holding. (Chen Xin, Dongdong Jin, Yanlei Hu, et al/ACS Nano/American Chemical Society)

Researchers have developed microrobots shaped like fish, crabs and butterflies that can be directed by magnets to deliver powerful chemotherapy drugs directly to areas where cancer cells grow, reducing the side effects of current cancer therapy.

Published in the journal ACS Nano, a proof-of-concept study revealed that the microrobots can sense pH changes, triggering their response to open their “mouths” and release the medication they carry or to perform other tasks.

While current chemotherapy can treat many types of cancer, the side effects can be debilitating. This has led scientists to seek new ways to treat tumors while reducing the negative impact on the patient’s body.

In the past, microrobots of microscale (smaller than 100 microns or half the diameter of a human hair) have been developed to manipulate tiny objects. However, most were not able to morph into other shapes and complete complex tasks, such as drug delivery.

In other cases, 4D-printed devices have been created to change shape in response to certain stimuli, but they can only perform simple actions that cannot be controlled remotely. 4D-printed objects are 3D printed to morph.

In 2020, scientists at Purdue University developed a microrobot capable of doing backflips. It was developed to deliver medication in rough terrain, such as the human colon and other organs. Too small to carry a battery, the acrobatic microrobot is powered and controlled wirelessly with magnets outside the body.

Building on these past efforts, Jiawen Li, Li Zhang and Dong Wu led a team to make microrobots that respond to a drop in pH levels because tumors exist in acidic microenvironments. With magnets, the microrobots can be guided to specific areas in the body to deliver chemotherapy drugs directly to tumor cells.

Using a pH-responsive hydrogel, the researchers 4D printed microrobots resembling butterflies, crabs and fish. These were encoded with pH-responsive shape-morphing abilities by adjusting the printing density in strategic areas. The microrobots were then magnetized by being placed in a suspension of iron oxide nanoparticles.

In their study, the team demonstrated the microrobots’ capabilities. They steered the fish-shaped microrobot through simulated blood vessels to cancer cells in a Petri dish. When the scientists lowered the pH level in the dish, the fish’s mouth opened, releasing a chemotherapy drug that killed the cancer cells around it.

The researchers cautioned that while their study is promising, more work must be done to make the microrobots even smaller, so they can enter real human blood vessels. Also, an imaging method must be identified to track the microrobots in the body.