Bollywood Makes A Move Towards Theaters With Back-To-Back Releases 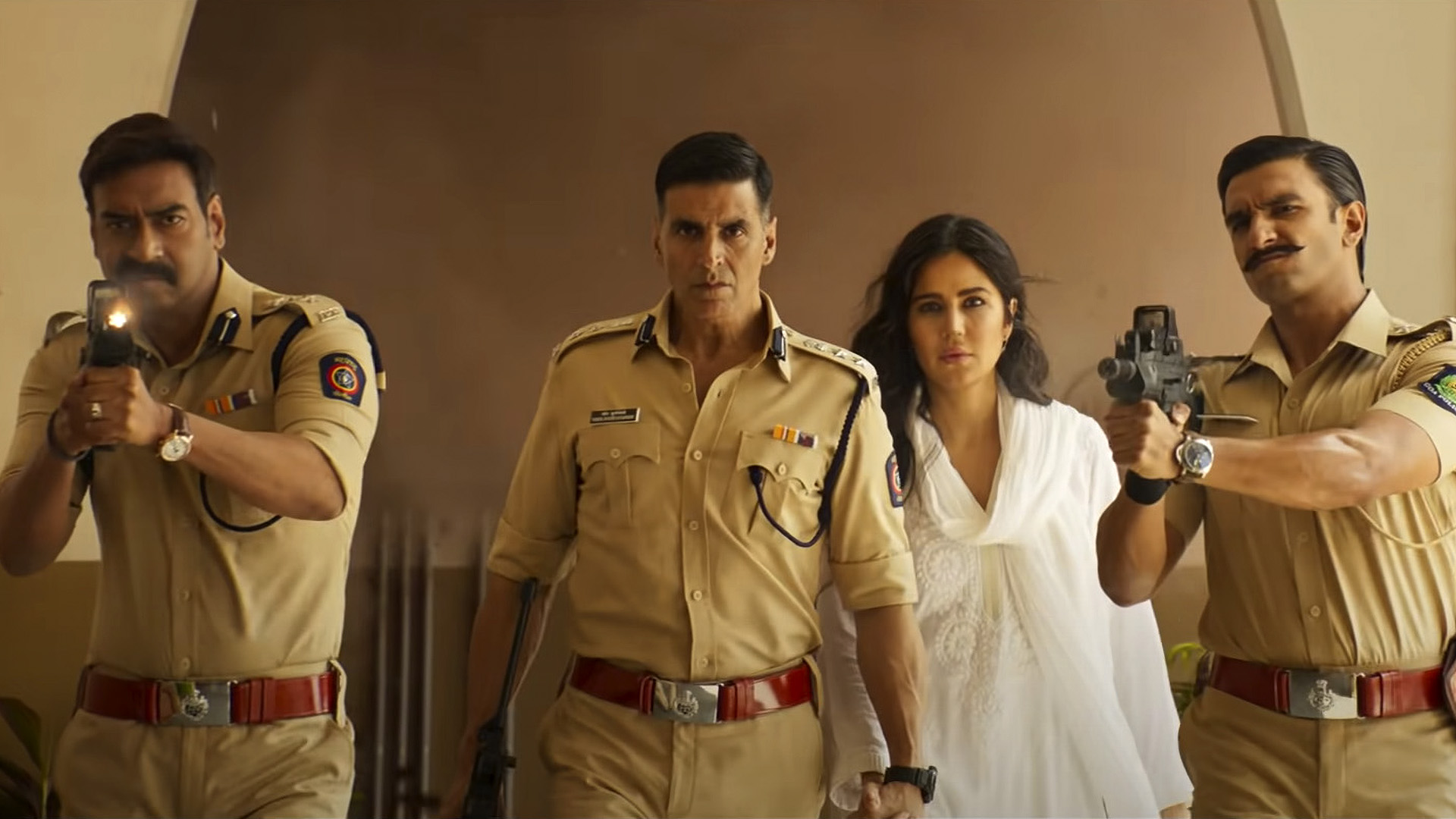 The first “big” film to be released is the Akshay Kumar-starrer “Sooryavanshi,” which hit the theaters on Nov. 5, 2021. (Reliance Entertainment)

NEW DELHI — With cinema halls and theaters reopening in Maharashtra after 18 months on Oct. 22, 2021, a slew of big-ticket films — more than 20 — have been booked for theatrical releases till 2023.

The first “big” film to be released is the Akshay Kumar-starrer “Sooryavanshi,” which hit the theaters on Nov. 5, 2021.

There were some release date announcements earlier this year around February when cinema halls in several states were allowed to operate at 100 percent capacity for a brief period before the second wave of COVID-19 shut down theaters again. However, films like “Mumbai Saga” and “Sandeep Aur Pinky Faraar” that were released around that time had a poor run in cinemas.

The Bollywood film fraternity is hoping that things will be better this time around.

“There has been a gradual opening up of cinemas in other states and now with Maharashtra’s reopening, we hope better days are ahead for the industry,” Nitin Tej Ahuja, CEO, Producers Guild of India, told Zenger News.

“Tadap — An Incredible Love Story” featuring Ahan Shetty and Tara Sutaria will release on December 3, while Kabir Khan’s much-awaited “’83” with Ranveer Singh and Deepika Padukone will land on Christmas 2021. Actor Shahid Kapoor also announced the release of his film “Jersey” on December 31.

All these films are supported by a stellar star cast, big production houses and renowned directors.

“Mumbai is the pulse of the Indian film industry and with Maharashtra opening its theaters, it’s big news for everyone who has their films ready and those who have invested so much money in them. They are all ready to release their projects in the movie halls,” said actor Amar Upadhyay to Zenger News.

Upadhyay will be seen in “Bhool Bhulaiyaa 2”, which is scheduled for release on March 25, 2022. The Anees Bazmee directorial stars Kartik Aaryan, Tabu and Kiara Advani.

Mumbai and the rest of Maharashtra contribute 35-40 per cent of the total revenue of a film.

The film exhibition sector suffered a monthly loss of INR 400 crore during the lockdown with a cumulative loss of approximately INR 4,800 crore since March 2020.

“Mumbai and Maharashtra are the main markets,” Mumbai-based film business analyst Atul Mohan told Zenger News. “If you see the contributions, Mumbai alone contributes to 20 to 22 per cent and if you take Maharashtra along with it, they contribute around 30 per cent. You have almost more than one-quarter of the collections coming from this one state alone. The other big markets are New Delhi and Uttar Pradesh, which contribute about 25 percent of the revenues.”

“So, it did not make sense for producers to release their films in theaters when their main market was not open.

“Even though cinemas were allowed to restart in most states when the second wave of Covid subsided, it wasn’t feasible, especially for producers of Hindi films, to release their films when one of their most important markets — Maharashtra — was not open for business. This is critical for films with big budgets and big star casts that need to collect revenues from across the country to recover their huge costs,” she told Zenger News.

Besides the financial aspect, many filmmakers and actors believe that only big screens can do justice to their productions.

“Every director would like their film to be on the silver screen,” said Iyer. “The mobile phone has brought entertainment to one’s fingertips, but the sheer grandeur of the marquee is incomparable.”

“When big stars and directors are involved, production houses are almost certain that they will get a big opening. Smaller projects without big stars might not be much eager to take the big screen plunge,” Upadhyay said.

Most filmmakers and production houses have avoided box-office clashes with other films.

Aamir Khan decided to opt for a Valentine’s Day 2022 release for his project, “Laal Singh Chaddha,” instead of December as one of the biggest South Indian films, “Pushpa,” starring Allu Arjun and Fahadh Faasil, is slated to release at the same time.

“There are so many films lined up for release. So, there will be a lot of clashes at the box office where big films are pitted against others,” said Suryavanshi.

Amidst all the hullabaloo regarding back-to-back releases, the promising OTT (over-the-top) platforms and their releases cannot be relinquished.

“If you analyze the pre-pandemic trends, both globally and in India, the OTT subscriber numbers were recording new highs each year, just like the theatrical business. In fact, the theatrical exhibition and streaming services often complement each other and help grow each other’s business,” said Ahuja.

“There are certain films, genres, formats (like 3D) that will always be best experienced on the big screen, however, there are some that may be enjoyed watching at home,” he added. “Streaming is still a relatively new medium, and I am sure that as it evolves over time, the mutually beneficial equilibrium between the two media will only deepen.”

“There are some films which are passion projects, so you cannot just release them on a streaming platform, just for money. Theatrical releases would always be different and 70mm will always hold charm,” Suryavanshi said.

Mohan believes that over the last few years, the taste of the audience has changed, and creators have to create good content to make a project work in theaters or on streaming platforms.

“If you want to watch a movie and the word of mouth is excellent, nothing will stop you from going to the theaters. If the reviews are average, you would rather wait for 3-4 weeks to see it on a streaming platform. The challenge is now for the filmmakers, writers and actors to deliver good content,” he said.

So, can the Indian film industry expect to be back to pre-COVID numbers once the theaters open?

“We will find out soon enough once the long-awaited and much-anticipated big-star, marquee films start hitting the screens,” he said.  However, going by the massive surge in the numbers of people returning to ‘normal’ activities like traveling and dining out, we are confident that there is an audience eager to revive its passionate love affair with cinema and the cinema hall.”