Both NASA's rovers deliver daily weather reports from the north and the south of Mars to guide the mission.
By Peter Barker November 17, 2021
Facebook
Twitter
Linkedin
Email 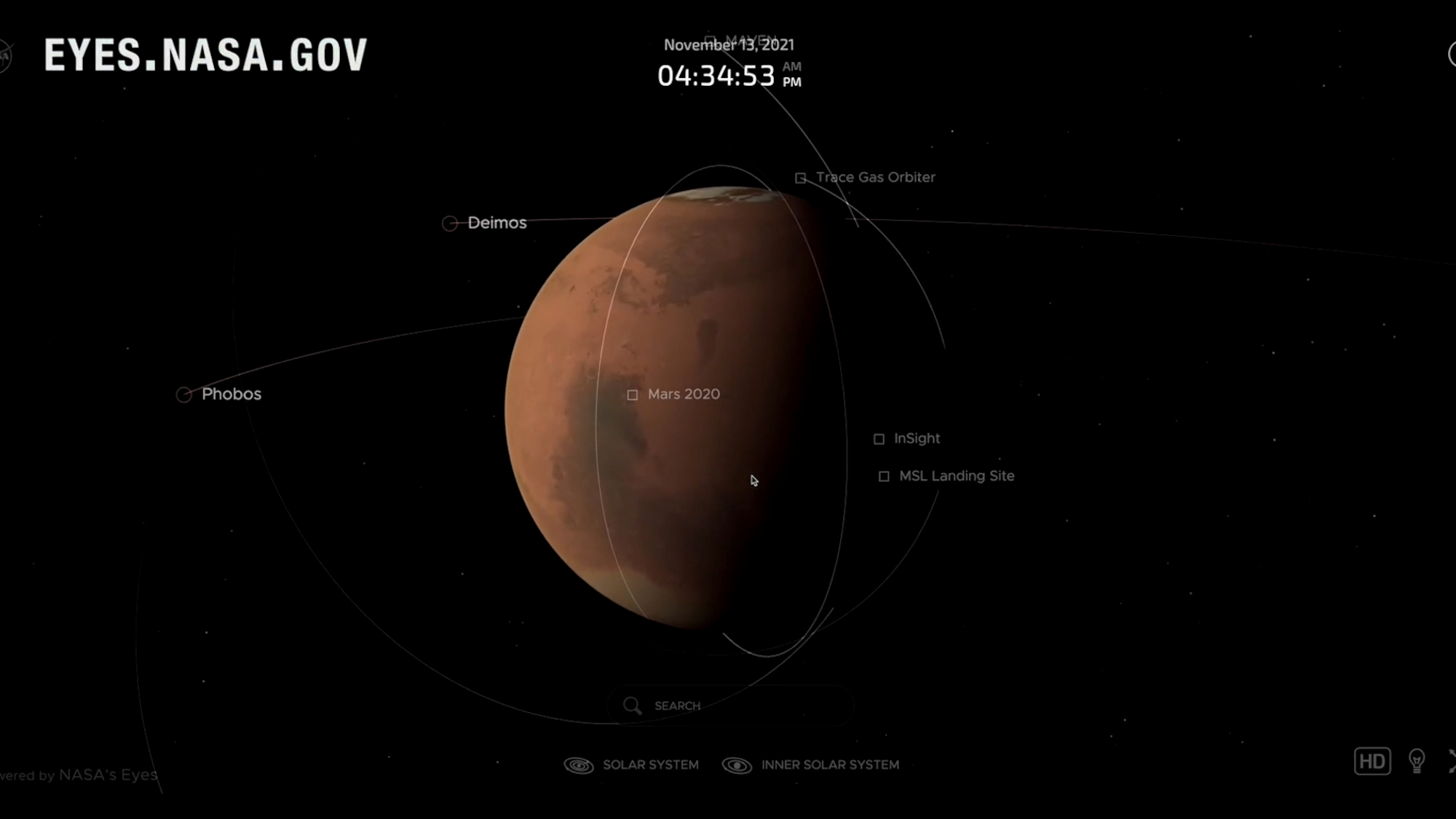 The daily weather reports by NASA's rovers provide important information not only for scientists to learn more about Mars but also for supporting the operations of other craft collecting samples and data on the Martian surface. (NASA Jet Propulsion Laboratory/Zenger)

In a new video, U.S. space agency NASA detailed how its experts are able to predict the weather on Mars, allowing the Curiosity Rover and Ingenuity Helicopter to carry out their exploration missions.

Seasons change on Mars, and this has a profound effect on how missions on the Red Planet’s surface are carried out, NASA said.

The Perseverance and Curiosity rovers provide scientists at NASA daily weather reports that provide data on humidity, wind speed and direction and temperature on the Martian surface. Their sensors can also identify the number and size of dust particles in the atmosphere, which allows scientists to track the planet’s dust cycle and evaluate its effects on the weather.

The size and power of storms are monitored by the Odyssey orbiter, the Mars Reconnaissance Orbiter (MRO) and the Mars Atmosphere and Volatile EvolutioN (MAVEN) orbiter.

The Mars Odyssey Orbiter was launched in 2001 and has since been monitoring radiation on Mars while looking for signs of water and shallow buried ice. It is the oldest spacecraft still in use at the Red Planet. Over the years, it has revealed that a significant amount of Mars’ water is under ice, measured the amount of permanent ground ice on the planet and evaluated how this ice changes with the seasons.

MAVEN was launched in November 2013 and went into orbit around Mars in September 2014. It has since been monitoring Mars’ upper atmosphere and ionosphere.

Using the InSight lander, NASA is also able to measure seismic activity, and in September, the lander recorded one of the biggest and longest-lasting “marsquakes” the mission has ever detected. The quake, measuring 4.2 on the Richter scale, shook the lander for almost an hour and a half.

The constantly changing weather can be very challenging for some of the spacecraft currently operating on Mars.

The Ingenuity Mars helicopter is especially sensitive to weather, so the preflight weather reports provided by Perseverance are critical to its operation. For instance, as the Martian summer begins in the northern hemisphere, the atmosphere becomes thinner, causing the chopper to increase its rotor speed from 2,537 rpm to 2,700 rpm to give it sufficient lift to fly.

On April 19, Ingenuity carried out its maiden flight, becoming the first motorized craft to fly on another planet.

The spindly 4-pound, 19-inch-tall mini-chopper has carried out 15 missions during its search for signs of prior life on the Red Planet.

The chopper often supports the Mars rovers’ mission, which is focused on collecting samples from the planet that may help scientists find clues about ancient life on Mars. Moreover, NASA expects Odyssey’s findings of Mars’ geologic landforms and minerals — especially those formed in the presence of water — to help experts understand the role of water in the evolution of the Martian climate since the planet first formed some 4.5 billion years ago.