VIDEO: Heartbreak Of Sobbing 5-Year-Old Abandoned On Island By Smugglers

U.S. Border Patrol agents rescued the girl and reunited her with her mother. 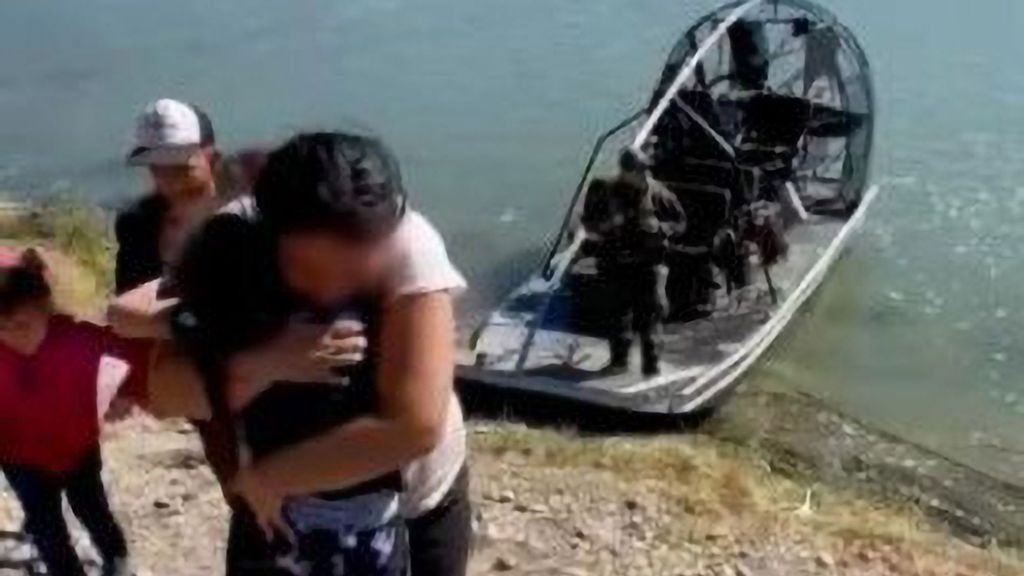 U.S. Border Patrol agents rescued a 5-year-old girl after she was left on an island in the Rio Grande River, between the United States and Mexico, on Nov. 13.

Video posted online shows Border Patrol agents returning the Venezuelan child to her mother after rescuing her from the small island.

“Agents encountered a group of migrants who illegally entered the U.S. near Eagle Pass, Texas,” U.S. Customs and Border Protection said in statement released on Nov. 16. “An adult female in the group reported to agents that her minor daughter was left behind on an island in the Rio Grande between the U.S. and Mexico.

“Agents notified the Eagle Pass Station Riverine Unit, who immediately responded to the area and located a total of 10 undocumented migrants on the island, including the juvenile daughter. The family members, both Venezuelan nationals, were immediately reunited on scene.”

Video shows the mother and her daughter, who were not identified, reunited after Border Patrol agents bring the girl and other migrants ashore from a boat.

“The subjects were not in medical distress and did not require medical attention. All individuals were transported to the station for processing,” Customs and Border Protection said.

“Human smugglers are cold and calculated, often separating families for their own convenience or to gain compliance,” said Robert Danley, Del Rio Sector acting chief patrol agent. “Thankfully our agents acted quickly and were able to locate the young girl and reunite her with her mother without incident.”

Agents made 45,324 migrant encounters in October, a 157 percent increase compared to the same time frame last year, the agency said.

“The majority of these arrests were single adults and groups comprised of families from Central America, with the largest number of migrants coming from Honduras. This flow continues to stay consistent and is evident by the latest apprehension of two large groups of migrants that illegally entered the United States in the Rio Grande Valley within the past week. The combined groups consisted of 226 migrants.  Agents determined the migrants are citizens of Central America and Peru.

“Although national numbers are down for the third month in a row, Border Patrol agents in the Rio Grande Valley continue to apprehend migrants at record levels,” the agency said.

Customs and Border Protection “continues to work with partners across the federal government and throughout the hemisphere to disrupt the smugglers intent on exploiting vulnerable migrants for profit.”