Kosovo Grapples With The Problem Of Returning Fighters

The European Commission cites the country's progress in rehabilitating combatants who joined up with the Islamic State in Syria.
By Joseph Hammond November 17, 2021
Facebook
Twitter
Linkedin
Email 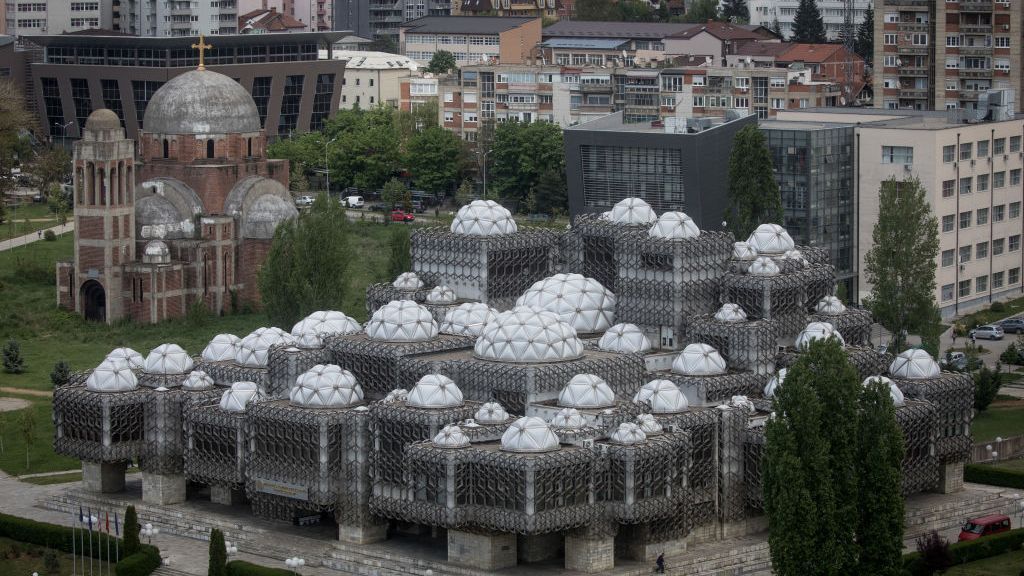 A view of Pristina, Kosovo, from May 2019. The small Balkan country is making progress in reintegrating and rehabilitating citizens who left to join the Islamic State's fight against the Syrian regime. (Chris McGrath/Getty Images)

PRISTINA, Kosovo — A decade after the Syrian civil war broke out, Kosovo is still repatriating citizens who left the Balkan country to join Islamist forces against the regime of Syrian President Bashar al-Assad.

This summer, Kosovo repatriated 11 people, who the government said are wives and children of Islamic State fighters, who had gone to Syria or Iraq to support the Islamic State.

Between 2012 and 2015, some 256 men and 52 women accompanied by 47 children are said to have traveled from Kosovo to fight against the al-Assad’s forces. At least 250 adults have returned to Kosovo; about 100 citizens were killed and a few dozen are missing. With a population of just under 2 million, Kosovo has one of the highest rates per capita of foreign fighters in Syria.

Kosovo has done surprisingly well in dealing with returning nationals who joined terrorist groups in the Middle East. The 2021 Report on Kosovo by the European Commission said: “Progress was made … especially with regard to the rehabilitation and reintegration of foreign terrorist fighters and their families.”

All returnees have been subject to investigation and processing by Kosovo’s judiciary. The government believes it has the matter of repatriation largely in hand, but is trying to learn lessons from the past few years to prevent other young people from joining terrorist groups.

“We have over 1,800 prisoners in the country at any time,” Nebi Halil, the head of legal affairs for Kosovo’s penitentiary system said last year. At the time, he said, 150 Kosovars were under investigation for a variety of terrorism-related offenses.

He said about 85 Kosovars already have been prosecuted, some under laws that bar citizens from joining criminal organizations, and others for fighting for an entity other than the government of Kosovo.

Myriad causes drive young Kosovars to radicalize and join terrorist organizations, including the trauma of growing up in a country ravaged by war and the spread of extremist ideology.

While roughly 2,000 foreign fighters are still believed to be in Syria, about 14,000 noncombatants, including women and minors, have been detained due to their relationship to the combatants. The children of terrorists, especially those who are deceased, have become an international issue that will be tied up in legal proceedings for decades.

Last year, the government of Kosovo created a Division for Prevention and Reintegration to deal specifically with returning families and children.

“The real problem is these children who grow up in such families and such situations, all they know is fighting — for them the only question is not fighting but whom to fight,” said Halil.

For an earlier generation of Kosovars there was no question about whom to fight. Kosovo declared its independence in 2008 after a brutal war with Serbia in the late 1990s. The Kosovo Liberation Army, the main guerrilla group, committed a number of atrocities.

But many Kosovars fared far worse at the hands of their Serbian occupiers, with some 30,000 people being killed in brutal repression campaigns. Thousands were raped and nearly 2,000 are still missing. The entrance to Kosovo’s parliament building includes a narrow passage whose black walls contain photos and names of victims.

Albanians and Serbs are the largest ethnic groups in Kosovo.

Forty-five percent of Kosovars who headed to Syria and Iraq left those countries before the 2014 declaration of the Islamic State caliphate. Fewer than half of the foreign fighters have returned to Kosovo. A few Kosovars have been arrested for their alleged involvement in attacks, the most serious of which was thwarted at a soccer match in Albania between Israel and Albania in 2016.

The plotter, an Albanian from Kosovo described by Israel as a leader of Islamic State foreign fighters from Kosovo, was killed in a U.S. airstrike in Syria in 2017.

“More needs to be done [regarding repatriation], and the COVID-19 crisis has affected the process and furthered isolation and marginalization,” said Besa Ismail, a member of parliament. “But the good news is that the government is now fully in charge of the process, not some informal or ad hoc structures or centers.”

In January the government tapped its reserve fund to provide 250,000 euros ($283,000) to the Global Coalition To Defeat ISIS, a broad international coalition formed by the United States in 2014.