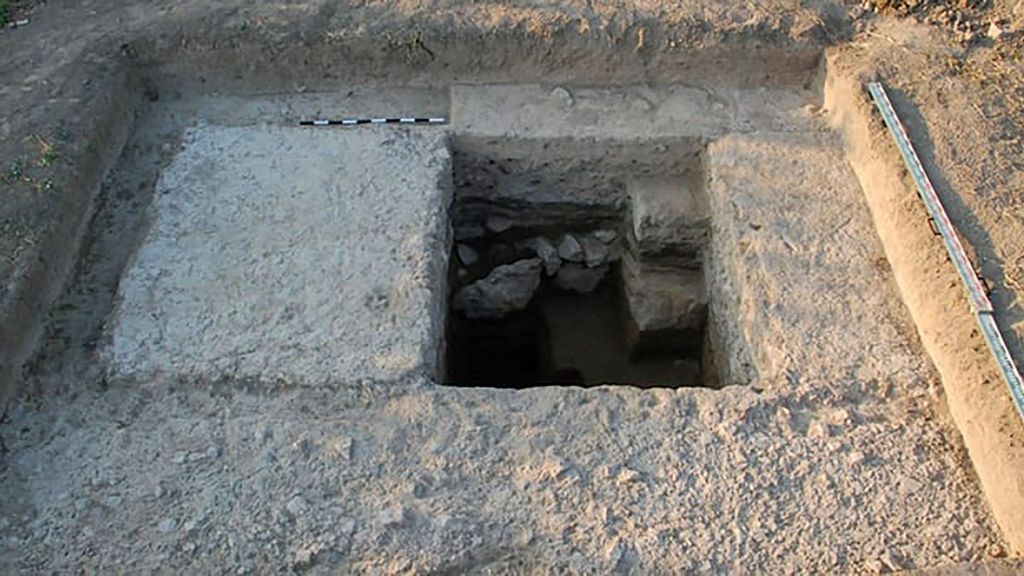 The excavation trench shows a pillar of the unfinished Roman aqueduct in Artaxata, Armenia. (Artaxata Project/Zenger)

Archeologists have unearthed what they say is the easternmost aqueduct built by the Roman Empire.

Researchers from the National Academy of Sciences of the Republic of Armenia and from the University of Münster in Germany said they discovered the remains of the arched aqueduct in the ancient Armenian city of Artaxata.

Excavation of the aqueduct began in 2019, and the University of Münster released a statement this month detailing the findings of a study published in the journal Archäologischer Anzeiger.

Professor Achim Lichtenberger of the University of Münster said Romans constructed the aqueduct between A.D. 114 and 117. Samples taken from the soil near the construction site were dated to between A.D. 60 and 460. This led the researchers to conclude that the aqueduct was most likely built during under the reign of Emperor Trajan, during which the Roman Empire reached its territorial peak.

Trajan was considered a successful military ruler who oversaw the second-greatest military expansion in the history of the Roman Empire, after Augustus.

Torben Schreiber, the paper’s co-author, said that the construction was never actually completed, as Trajan died in A.D. 117 and the next emperor, Hadrian, gave up the province of Armenia, leaving the aqueduct half-completed.

Hadrian ruled from A.D. 117 to 138 and abandoned many of his predecessor’s expansionist military campaigns including the one in Armenia, resulting in disapproval from much of the empire’s elite.

He is known in Britain for having built Hadrian’s Wall, which served as a marker for the northernmost point of Roman-controlled Britannia.

Aqueducts were a cornerstone of Roman cities and towns, used to bring water into the populated territories from the surrounding areas.

German and Armenian experts used a variety of methods drawn from the fields of geophysics, archeology, and geochemistry in the excavation work.

Geomagnetic examinations were carried out to locate areas of interest in Artaxata, then samples were taken using drills to pinpoint the aqueduct’s location. Mkrtich Zardaryan, a co-author of the study, said satellite and infrared imagery was then used to chart the path of the aqueduct’s pillars.

“We reconstructed the planned course of the aqueduct by means of a computer-assisted path analysis between the possible sources of the water and its destination,” he said.

The researchers concluded from the findings that the incomplete aqueduct in Armenia is evidence of the empire’s failure to expand into the region.

«Previous Post
N-Ice-A We Have A Breakthrough: How Frozen CO2 Could Help Create Moon Colonies»Next Post
Kosovo Grapples With The Problem Of Returning Fighters