Lifting the lid on 10 secrets from the humble toilet's history showing where man has been — and where he's going.
By Naama Barak November 16, 2021
Facebook
Twitter
Linkedin
Email 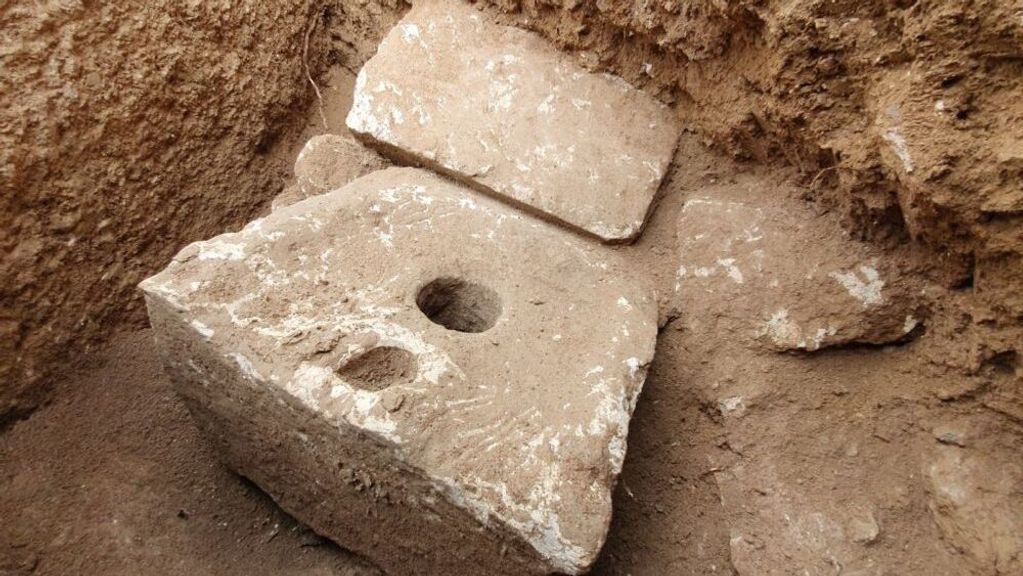 This rare stone toilet is 2,700 years old and was most likely used by one of the Jewish dignitaries of ancient Jerusalem. (Yoli Schwartz, Israel Antiquities Authority Authority)

On Friday, Nov. 19, we’ll be gathering in restrooms worldwide to celebrate World Toilet Day, established by the United Nations to raise awareness of sanitation challenges across the globe.

To mark the event, here is everything you could possibly want to know about the toilet situation in Israel, ranging from innovative green tech and medical breakthroughs to historical finds and particular habits.

A rare, private toilet was recently unearthed in Jerusalem

A rare private toilet that was part of an ancient royal estate in Jerusalem was recently revealed, giving us a sneak peek into how ancient forefathers used to go about their business. Dating back to the 7th century B.C., the carved toilet seat was made of limestone with a hole in its center and was situated in its own rectangular cubicle. Luxury at its finest.

Israel is full of ancient loos

While private potties were rare, many ancient public lavatories have been discovered in Israel. Some of the earliest examples date back to the Iron Age, while others were built and used in Roman and later Ottoman times.

The Romans, for example, left behind impressive public restrooms, the biggest of which was found in Beit She’an. Located right next to the public baths, the large chamber with dozens of toilet seats included a deep flushing channel to carry out waste and an upper canal full of freshwater with which people could clean their behinds.

In what probably poses somewhat of a puzzler for visitors, toilets in Israel have two separate handles or pushbuttons. The reason is not rooted in design, but rather in an attempt to conserve water. The larger of the two handles or buttons emits a strong flush for clearing up after no. 2, and the smaller one emits a weaker flush sufficient to dispose of urine.

Toilets can be used to screen for cancer

Israeli company OutSense has developed IoT toilet sensor clips that serve as a screening device for colorectal cancer, a disease that kills nearly 700,000 people around the world every year. And since a big reason for these high numbers is the fact that early detection and treatment is often missed because people are reluctant to undergo colonoscopies or provide stool samples, this is particularly good news.

The OutSense sensors are automatic, noninvasive and require no user intervention, meaning that excretions are easily scanned and people are quickly alerted of any problem.

A health monitor in the bowl

Currently in the prototype stage, Israeli startup Olive Diagnostics’ passive IoT devices are mounted in the toilet, where they use advanced optics to pick up biometers from people’s urine.

Immediate plans for the little devices include screening urine for three conditions that often plague older people – urinary tract infections, kidney stones and bladder infections — as well as hydration, and in the future could also monitor alcohol levels, diet and general healthcare.

It’s a sight becoming more and more common at festivals, events and even outdoor weddings in Israel: eco-friendly dry toilets that come with a side bin of sawdust. Instead of flushing with water, you take a jugful of sawdust and throw it down the bowl. The result: a green, water-free toilet that manages to stay fresh and clean throughout the day. You’ve got to try one to believe it.

You can have an eco-toilet installed at home

Love the idea of helping the world one pee at a time? Consider installing a HomeBiogas toilet in your house. The Israeli-developed solution turns toilet waste into cooking gas in a process that requires zero human intervention. Not only does the waste not go, well, to waste and harm the environment, but you use far less water and can even cut down on your gas or electricity bills while you’re at it.

Straying slightly off the official topic, we must give a shoutout to Paulee CleanTec, the Israeli startup that converts cow dung into an odorless, sterile fertilizer powder. The technology has also been used to convert human waste into fertilizer and could potentially change the way sanitation is managed on airplanes, so it’s definitely worth an honorable mention.

The best potty-training book in the world originates in Israel

Once Upon a Potty is perhaps the most famous potty-training book, and it originates in Israel. First published by Alona Frankel in 1975, it tells the story of little Joshua learning how to go potty in the most charming way possible (in Hebrew, by the way, his name is Naftali). A later edition featured a girl called Prudence (in Hebrew, Ziona), and her ever-patient yet nameless mother. And if that’s not toilet claim-to-fame, we don’t know what is.

There’s no ‘powder room’ in Hebrew

Or little boy’s room, or little girl’s room, for that matter. Israelis, being Israelis, aren’t huge fans of euphemisms. Everyone uses sherutim (literally “services”) to describe bathrooms, while the toilet bowl is an aslah. There’s also the old-fashioned phrase beit shimush, akin to “water closet,” but it’s not really in use.

On the other hand, Israelis of all ages use the kiddie words pee-pee for urine, and ka-kee for feces. But we suppose there aren’t many English-speaking adults who regularly use the real words, either.