The endangered calf’s death in his zoo enclosure may be due to the same pathogen that killed his previous siblings. 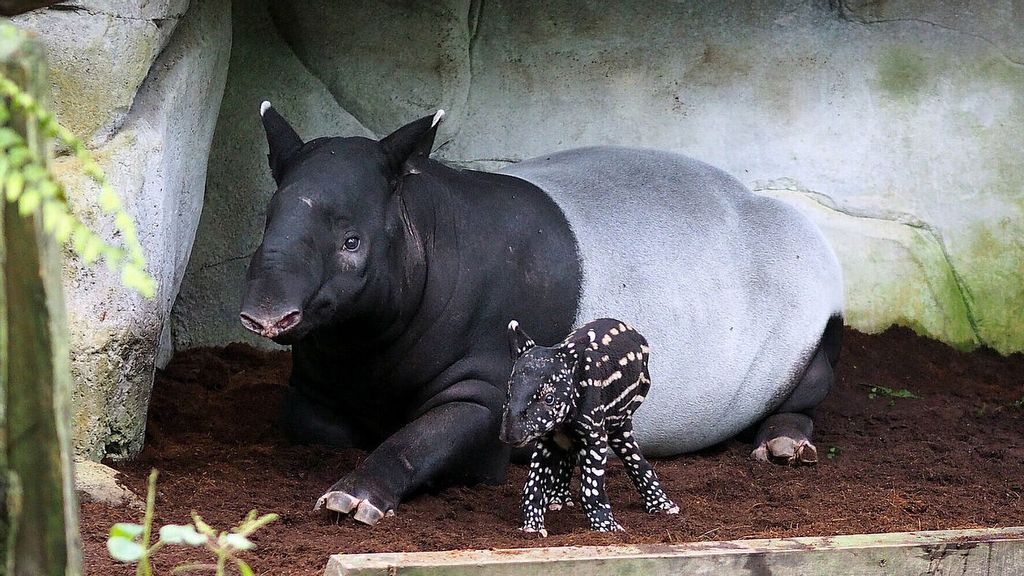 The cute Malayan tapir offspring born in the Leipzig Zoo in Germany on Nov. 5. Zookeepers say he probably died of the same pathogen as his three previous siblings, who did not survive to adulthood. (Zoo Leipzig/Zenger)

An endangered Malayan Tapir calf died just a week after a German zoo celebrated its birth.

The male Malayan tapir bull was born at the Leipzig Zoo on Nov. 5, and it died on Nov. 13.

Leipzig Zoo said the first few days of a calf’s life are crucial. Despite its mother Leila feeding it regularly, the little tapir bull probably died of the same pathogen as his previous three siblings, the zoo said.

Ariel Jacken, the senior curator at the zoo, said: “The disappointment over the loss is great, and we are sad the tapir boy did not make it despite the great efforts.”

The vets did everything possible to try to save the little calf, but they were unable to stabilize its condition, and it died Saturday evening.

The zoo was hopeful the calf would make it to adulthood, as the last three offspring born to Laila also died early in their lives. The zoo said it tried treating Laila during pregnancy to prevent the transmission of the pathogen, but was apparently unsuccessful.

The zoo has yet to confirm the cause of the calf’s death and details surrounding the pathogen. It expects a definitive answer in the coming weeks.

The calf and its mother had been spending all their time together developing a bond and exploring their enclosure.

In a video clip of the young calf, released just a few days after its birth, it does not venture too far from its mother, who keeps a close eye on it at all times.

The Malayan tapir is the largest of the four species of tapir. An adult tapir weighs about 720 pounds, and grows 6 feet long. The Leipzig Zoo has been successful in breeding and rearing the endangered species.

In the last decade, three Malayan tapirs named Baru, Kedua and Ketiga were born at the zoo and later reintroduced into the wild as part of a conservation program.

In the wild, they are found in the rainforests of Southeast Asia, more specifically in Sumatra in Indonesia, the Malaysian Peninsula, Myanmar and Thailand.

The primary threat to their survival is habitat destruction, such as illegal logging for timber, as well as hunting. They are also vulnerable to tigers.

The International Union for Conservation of Nature (IUCN) considers the Malayan tapir to be “endangered,” which means the species is very likely to become extinct in the near future.

The gestation period of the Malayan tapir is around 390 days. They have been known to live for more than 30 years.