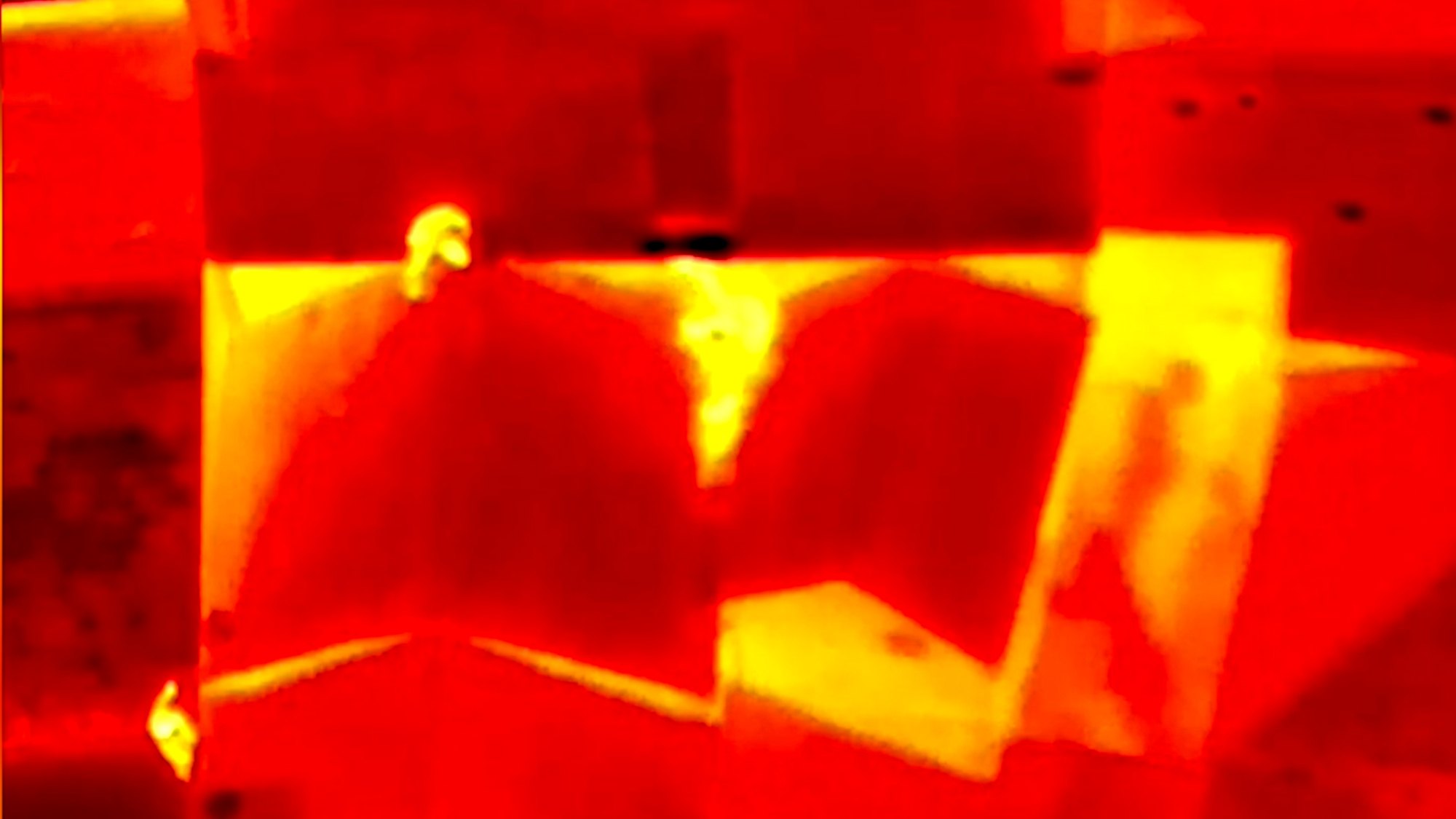 Thermal imaging from a Nottinghamshire, England, Police drone led to the arrest of three people who entered a bank from the roof and were caught as they tried to evade police. (Nottinghamshire Police/Zenger)

Three people have been sentenced for breaking into a bank in England via the roof after a police drone using thermal imaging aided in their arrest by identifying their location on Aug. 14.

“The trio had gained entry at the Santander bank in Stockwell Gate, Mansfield, through the roof and two of them had dropped down through the ceiling tiles into a staff breakout room,” Nottinghamshire Police said. “A bag containing a crowbar and some gloves were also seized at the scene.”

Video posted by Nottinghamshire Police shows images from a thermal camera locating the three people hiding on the roof of the bank.

All three appeared at Nottingham Crown Court on Nov. 3 after pleading guilty to conspiracy to commit burglary with intent to steal, police said.

Paul Bates, 40, was sentenced to 12 months in prison, suspended for 18 months. He was ordered to complete 120 hours of unpaid work, 20 rehabilitation requirement days, and also abide by an alcohol abstinence monitoring requirement for 120 days.

Leah Smithurst, 31, of Warsop, was sentenced to a 12-month community order. This included an electronic tag and a six-month curfew between 8 p.m. and 6 a.m., and she was also ordered to complete 25 rehabilitation requirement days, police said.

Aaron Thompson, 25, of Mansfield, was sentenced to a 12-month community order, 120 hours of unpaid work and 30 rehabilitation requirement days.

When two of the three people broke into the bank, the alarm was triggered, and all three tried to hide from police, who had quickly arrived at the scene.

“But thanks to the force’s drone team and the use of a thermal camera, officers on the ground were guided to their exact location and caught them all red-handed hiding on top of the roof,” Nottinghamshire Police said.

“Officers did a fantastic job to arrive at the bank so quickly and detain these three individuals while they were still hiding on top of the roof,” said Nottinghamshire Police Detective Sgt. Lauren Morgan.

“With help from the force’s drone team and also Nottinghamshire Fire and Rescue Service we were able to work together and in this instance, were able to catch them all red-handed and bring them up in front of the courts to answer for their actions.

“The officers’ quick actions may have prevented items from being stolen from within the bank.

“We know that burglaries can have a devastating impact on businesses, especially financially, and we will always thoroughly investigate reports with a view of taking action against anyone who commits such an offense.”

Nottinghamshire Police’s drones team, made up of 17 volunteer pilots and four drones, is a resource shared with Nottinghamshire Fire and Rescue Service and is on hand 24/7 to carry out pre-planned and emergency response operations.